For a price, that is.

We all it’s been a huge pain trying to acquire either the PlayStation 5 or Xbox Series X|S. Between the scalpers using those blasted bots, or other fellow gamers, it hasn’t been easy. However, it looks like GameStop, of all companies, might have a solution.

I noticed earlier today on GameStop’s Instagram page while I was trying to hunt down a copy of Metroid Dread: Special Edition that GameStop is pimping its PowerUp Rewards program. As an added incentive of going with the pro membership, the company will provide “early access to next-generation consoles!”. Granted, the wording could be better, but it seems that for the cost of upgrading to the Pro membership, you might be able to snag a PS5 or Xbox Series X|S finally.

And no, I didn’t manage to acquire the Metroid Dread: Special Edition and yes, I’m a tad upset. 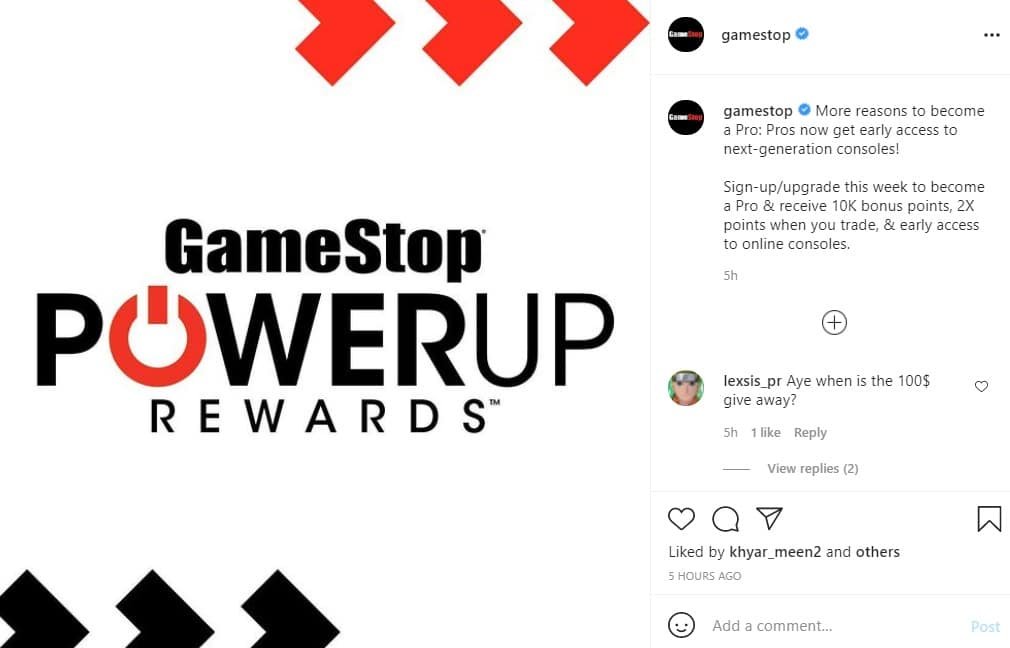 For those unfamiliar with GameStop’s PowerUp Rewards, there are two tiers. The free their that gives you 10 points for each dollar spent, and that’s it. The Pro membership is priced at $14.99 per month but provides you 20 points per dollar spent, a $5 welcome certificate, a $5 reward certificate every month, and other perks. If you shop at GameStop often, then Pro membership pays for itself. Or you can pony up $19.99 a month and get access to the physical edition of GameInformer magazine.

If you’re interested in this, you can head over to GameStop here and sign up. Before you do, you may want to check with GameStop to see if this is legit. After browsing the GameStop website, I didn’t see any mention of this deal. This is likely part of the “Pro-only access” that gives access to exclusive offers and events.

The only thing I’m not sure of is how this is going to work. Yes, it does say early access to a next-gen console, but how? Are they going to ask you which one you want and then push you to the front of the line or what? I’ve reached out to GameStop to see if they’ll provide a bit more content on how this will work.

As for if this works, well, that remains to be seen. Of course, we’ve all have been asking stores such as GameStop and Best Buy to offer a program that would give members direct access to the PS5 or Xbox Series X|S. While this looks like this could work, it also could be abused as well. Though for those who’ve been trying to snag either console since they were released, I can see dropping some extra money in an attempt to get one. It sure beats spending 2x to 3x the money purchasing some of those rotten scalpers on eBay.

What do you think about this? Does this sound like a good idea to you? Let us know in the comments.