Blizzard has recently posted the schedule for its upcoming event, Blizzcon 2019.

You can access the schedule to the event, here. That said, outside of the normal stuff such as World of Warcraft, Starcraft, and Hearthstone, this Blizzcon should be interesting. Mainly due to the last Blizzcon where the company not only announced a mobile version of Diablo, the eagerly awaited Diablo 4 wasn’t ready to be shown. Which upset a fair amount of Blizzard fans, who took to the internet to voice their displeasure.

Displeasure that Blizzard likely wasn’t too happy with. So it’s more than a sure bet that Diablo 4 will likely be the first announcement to be made at Blizzcon 2019. They even mentioned they were focusing on Diablo 4‘s development, earlier this year.

This image from a recent issue of the German magazine Gamestar doesn’t help. In this issue, an ad for the upcoming “The Art of Diablo” book was shown, with a statement that reads “over 500 artworks from Diablo, Diablo II, Diablo III, and Diablo IV“. Now, this could be the actual Diablo 4, or it could simply mean the Diablo Immortal mobile game that was announced last year. Ironically enough, there’s also a panel at Blizzcon 2019 called “The Art of Diablo“. 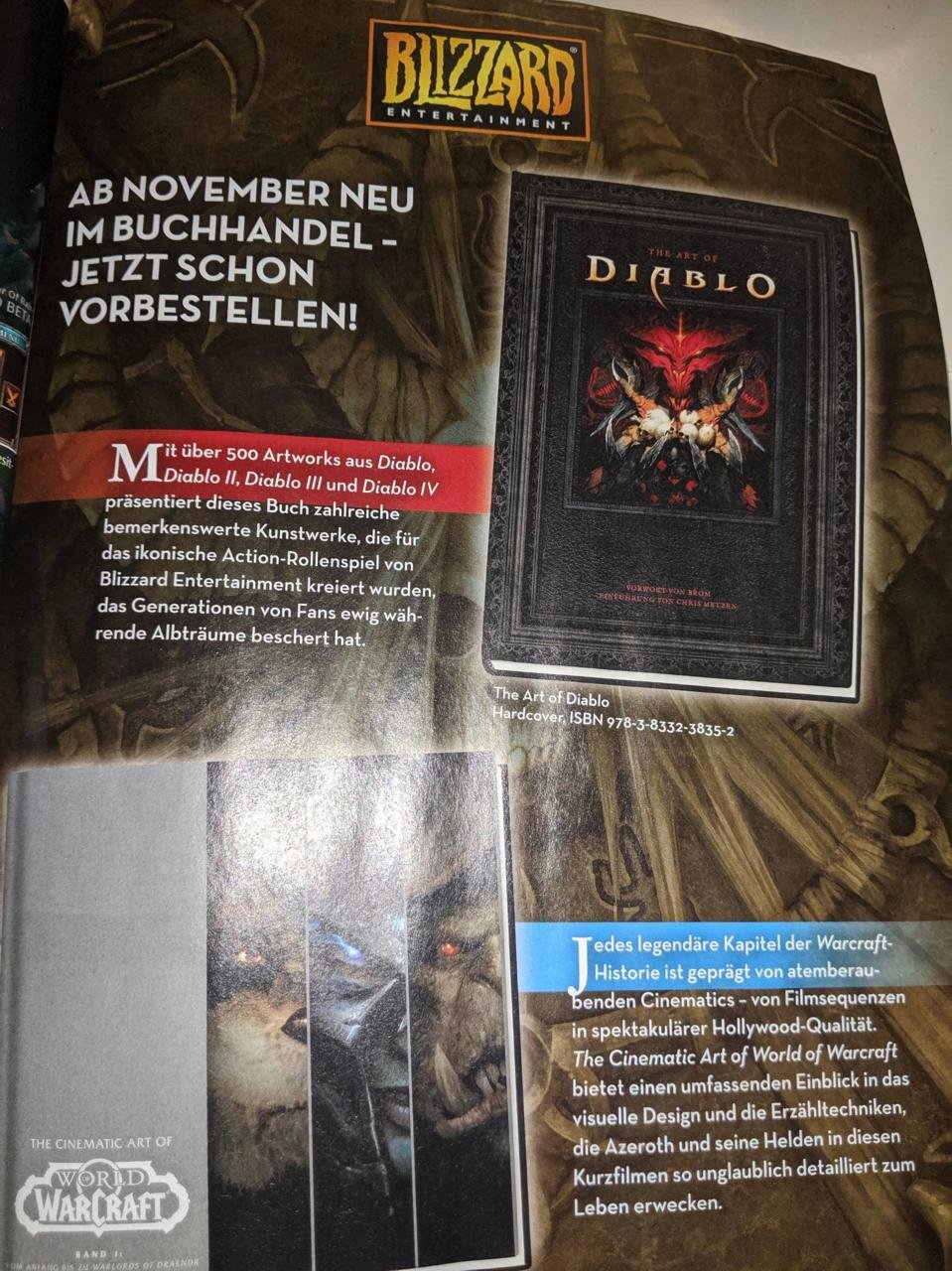 Then there’s the recent rumor that a Diablo 2 remaster will also surface at the event. 2 that will be supposedly announced at Blizzcon 2019. This has been confirmed by Metro, who has predicted numerous leaks before their announcements ahead of Blizzcon 2018.

For anyone who cares, diablo 4 and diablo 2 remastered will also be announced. :) #BlizzCon2019

Mind you, this Diablo 2 remaster rumor has been around since before last years Blizzcon 2018. It never materialized, but that doesn’t mean it doesn’t exist. We’ll just have to wait. There’s one more rumor surrounding Overwatch 2. Yet another rumor that’s being confirmed by Metro, with original roster making a return, with more of a focus of PVE and PVP, with crossplay also.

I don't know if it will be a seperate platform. If I were to guess, they will move everything in OW over. They might treat OW 2 as addon but change the entire branding to OW 2 for everything we have rn.

Amidst all this, there happen to be four untitled, 1-hour segments that take play right after the keynote. Four slots, for 4 new game announcements? It sounds the perfect time to announce them.

Though, we shouldn’t let this overshadow Blizzard’s boneheaded discussions regarding the banning of Hearthstone esports player Blitzchung. As much as I can’t wait to find out the latest and greatest, we shouldn’t give Blizzard a free pass just because they possibly may give us a game or games we’ve been waiting to see.