Life In the Age of Hype: The wait for Street Fighter V

The road to Street Fighter V has been a long and thoroughly exhausting one; there have been leaks (some true, some false), teases vague enough to build and crush hope, nerfs, buffs, and all sorts of controversy throughout. But despite all of this chaos, the journey has been wondrous so far; new systems are rearing their heads, characters we thought long-gone are back, and the game just becoming more user-friendly overall. So, in the spirit of healing (and hype), I’d like to get a few things off my chest as well as address a couple issues I’ve been seeing across various Street Fighter communities.

The Elephant in the Room 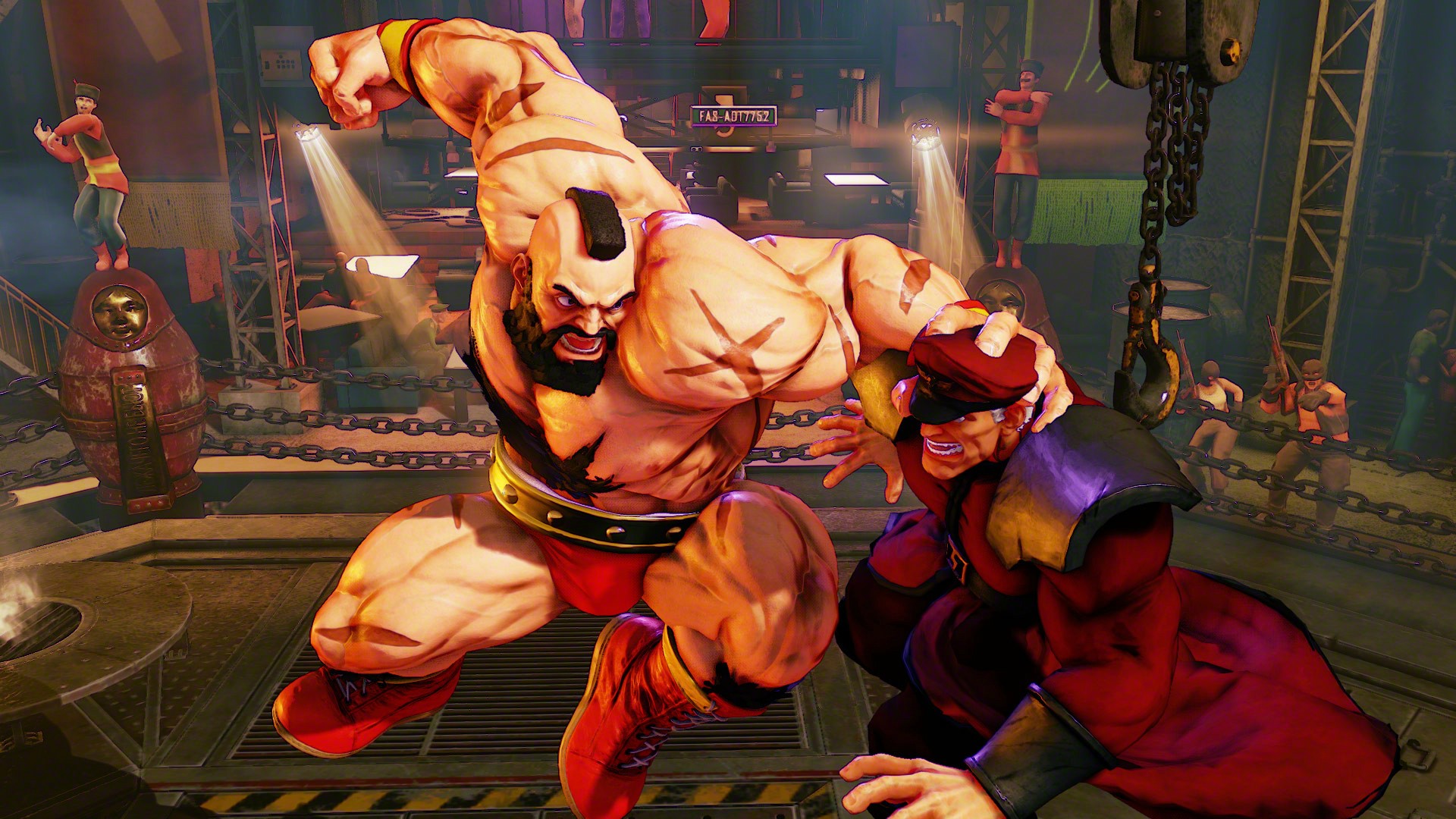 Fact of the matter is  that not everyone is going to enjoy this game. The most common argument I hear is that the game is too easy as advanced tech such as FADCs (Focus attack dash cancels) and certain option selects are not present this time around, and they’re not wrong to a certain extent. However, a lot of these complaints are coming from people who have only been into Street Fighter since vanilla SFIV who only really know Street Fighter in terms of that game’s systems; many long-time players on the other hand, are praising this return to basics, where games were won based on on who outplayed the other or who was on top mentally as opposed to who knew the best ways to play the system.

I’ll come out and say it, I personally much prefer to spend my time learning what to do rather than how to do it. In simpler terms, I think a game’s fundamentals should be easy to master to a point where an intermediate player and an expert player have access to all the same tools; the better player still wins, but it’s due to the player simply performing better rather than exploiting physics or button priority. There are others who prefer games to be hard to play, and that’s fine; I can’t pretend to understand their reasoning, but I certainly respect their dedication and skill. Now how does this fit into Street Fighter V  as a whole? Simply put, people have different views and preferences, and as such, those views and preferences will be voiced, and they will impact and influence some people.

My point is this: judge the game only when you have enough first-hand experience to make the call; far too often people will be turned off of a game because some people said something negative about it and miss out. Even if SFV isn’t for you, consider using subjective language, such as “I don’t like the game’s speed” rather than “the game’s slow and boring”. At any rate, there will always be people who are going to lash out because the skills they’ve built over the last seven years are no longer quite as relevant as before as well as some who just don’t like change in general; don’t let them make your mind for you. Same can be said of people who are too eager and/or don’t value mechanics lost between titles (assuming you do); try out the game wherever you can, and make the call yourself. 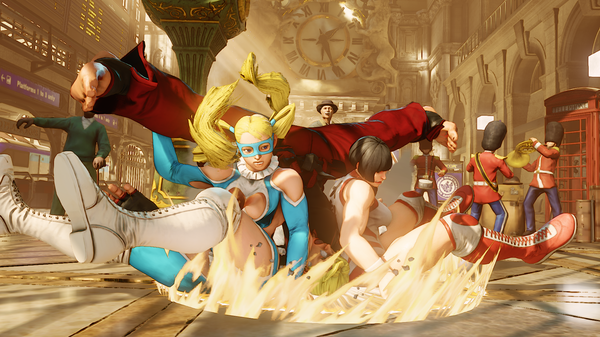 It’s no secret that both beta sessions have had their share of problems; what’s shocking is that so many people are so upset about it. I don’t know if the public conception of a beta has been warped by games like Minecraft and Smite, where the game is essentially complete and in more of an early access state; or if people are just really upset that their experience wasn’t as they expected. To them, I do not know what to say. A beta simply implies that the game is in a state in which it is playable but not finalized; as such, is liable to have problems. I know it’s awful that you get around one match every hour, but we’re playing an unfinished game; to expect perfection at this point would be ridiculous, regardless of how much we want this beta to be as amazing as we hope.

My point is this, while playing the beta, it’s important to note that it’s not around solely for our amusement: it’s an actual test of the game’s communications and systems. Issues should be expected because the entire purpose of the beta is to identify and eliminate said issues (and in certain cases, issues may simply arise in the dev process for unforeseen reasons, that’s just how it is), end of story.  If nothing else, the end product will be better for our suffering. 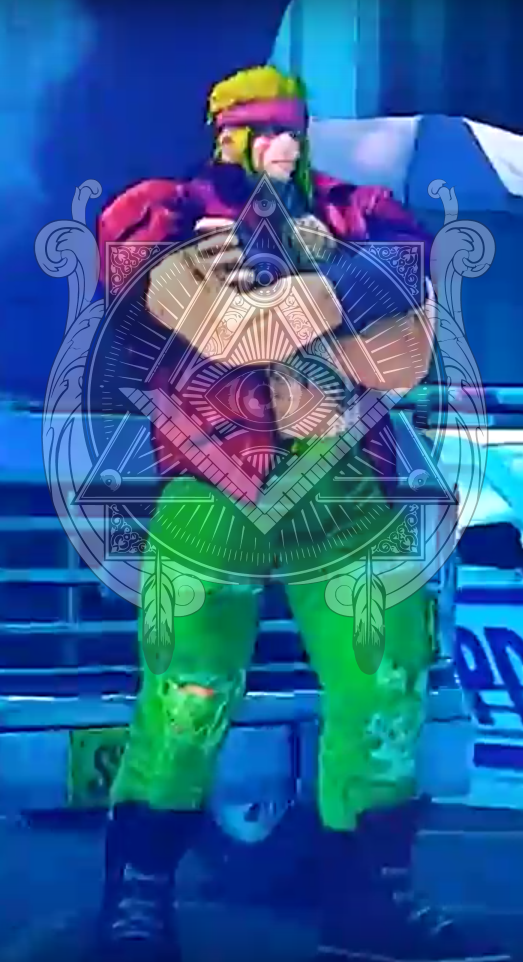 The truth is out there

So, in the beginning of this piece, I said I would be getting something off of my chest, well, that time has come. Not everyone’s favorite character will be in the roster at launch, and in some cases, maybe not ever. Hell; even the World Warrior eight, considered to be the most core characters in the series, will not all be present this time around. With that said, maybe we should dial back the hype just a bit. Yes, we all remember when the tornadoes were Cody and when the spinning Ryu was Dudley, but perhaps the greatest high and most abysmal low came to us with New York Comic Con.
At NYCC, a new stage was revealed, a New York stage. It was all too perfect: Ono was in New York, a New York Stage was revealed, and a certain someone from Street Fighter III happens to hail from New York. Then, it happened: people started playing on the new stage and noticed a large blond working on a car in the background, a large blond man with red streaks under his eyes. Yes, that man was indeed Alex, once protagonist of Street Fighter and hypest wrestler around. Speculation was at a fever pitch, everything was too perfect. Too perfect was right.

Now, I’m from Chicago; I had to catch some stream of the SFV panel from some guy’s cell phone and sat through Brazil’s leftovers only to hear Ono’s surprise at Alex’s popularity. Now before you say anything, I’ve heard it. Yes, he said he’d do what he could to make Alex from small to big and that he’d take word of his popularity back to Japan, but it’s far too early to see what fruit this bears.
At the time I felt I had been stabbed in my side, but after taking a step back I came to realize that not only did I provide the knife, but I jumped at it at every chance I got. There’s a lesson to be learned from this: not everyone will be made completely happy by the roster, not at launch, and potentially at DLC releases. That’s not to say that a little speculation here and there can’t be fun, but it’s worth taking a step back and understanding that often times what the developers want and what the public want are two different things, and usually, the former will win out if they’re at odds. So for the time being, let’s be happy for what we have and not pine for what we wish was there.

As with all things, this wait is full of ups and downs, but there is no doubt in my mind that the end product will be amazing, even if Alex won’t be showing up in the foreseeable future. Systems are looking robust, gameplay feels smooth as butter, and we still have two characters to look  forward to; so let’s grit our teeth, hit the beta lab hard, and prepare ourselves for a new age of Street Fighter!