Now that Streets of Rage 4 Mr. X Nightmare is out, there are a few secrets that the developers put into the game. One of them being an old fan favorite the kangaroo from Streets of Rage 4, Roo. Did you know that you can unlock him and play as Roo in the new DLC? Yep, you totally can, and here’s how you can do it.

How to unlock and play as Roo

To unlock Roo, all you need to do is fire up the game, and as long as you have the Streets of Rage 4 Mr. X Nightmware, you need to press the attack button + up + start. There’s no indication that this worked, so you’ll have to do the action and then start a game. Be sure to check to see which button you have mapped as your attack button. 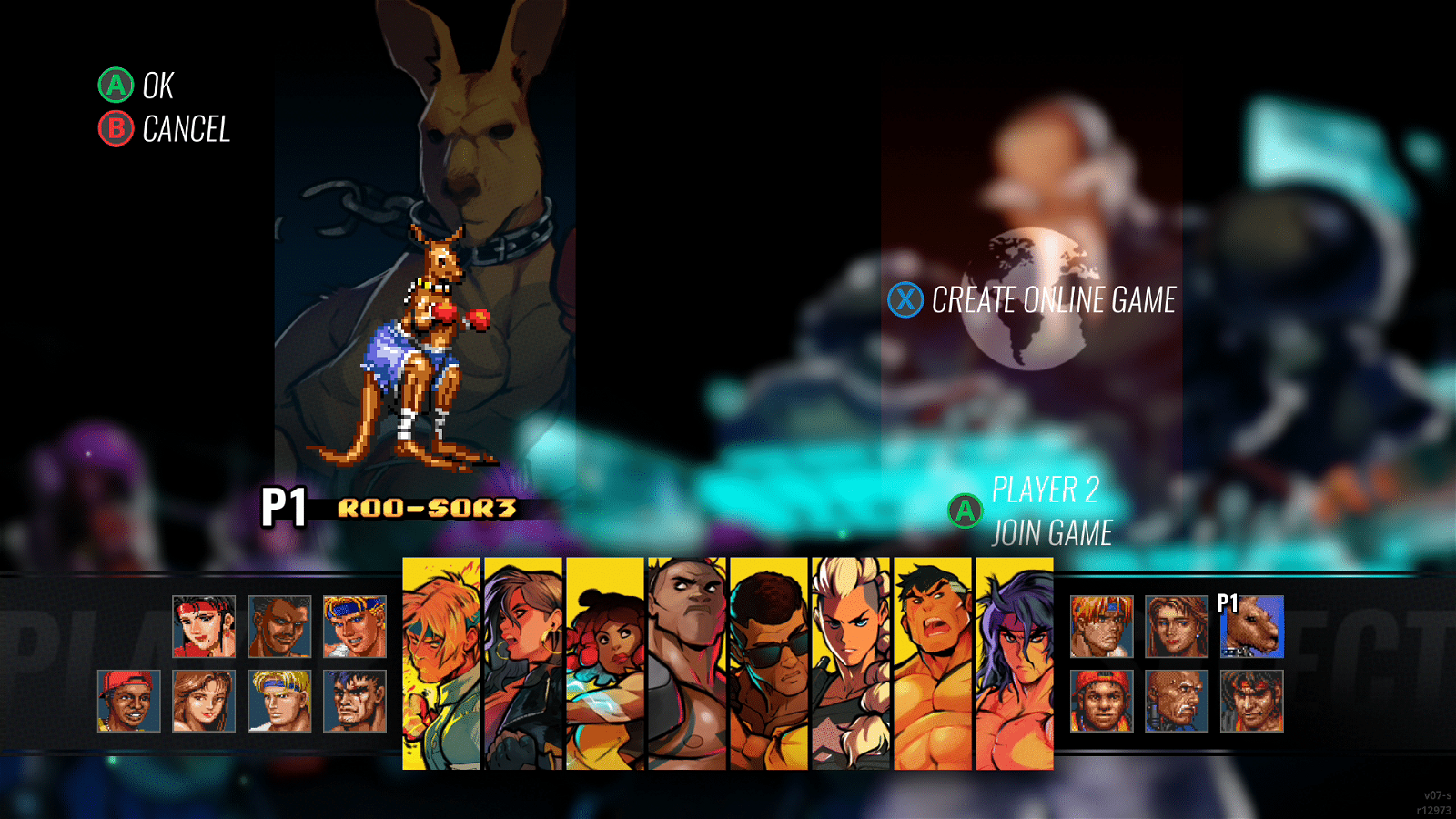 You’ll know it worked when you start a game and notice that Roo now appears above the Streets of Rage 3 Shiva. You’ll have to input the code every time you start the game, but thankfully it’s not too complicated to do. Pretty cool, right? Roo is playable in all modes as well,  however,  Roo can’t pick up and use any weapons. And while that seems like a bummer, Roo has several powerful attacks and has the ability to roll dodge by pressing down or up twice in a roll. It’s pretty useful for getting out the way of attacks.

Roo can also learn new moves and his special brings Bruce, who acts just like the ally power-up and it’s extremely useful and will stay around until defeated. Not to mention that Roo’s blitz attack can be used to chain enemies. Doing this, I was able to hit a 400 hit combo; He’s a combo monster.

While you’re here, be sure to check out our review of Streets of Rage 4 Mr. X Nightmare and our move unlock guide for the game.