Unlocking the extra moves for every playable character Streets of Rage 4 is dependant on how well you do in the Survival Mode. This is no easy feat as the climb to the top is completely randomized, the floors and the enemies you encounter, as well as the power-ups you find along the way. So, how do you unlock those extra moves? You progress through the survival mode — That’s it.

The higher your score and the further you progress through the survival mode will dictate how fast you unlock the moves. And if you do really well, you can even unlock multiple moves at once. As for unlocking the moves, you’ll unlock them in order per order. So if you’re playing with Shiva, you’ll unlock his moves in order. Meaning, unlocking moves are not random.

You’re also able to check out how many moves you’ve unlocked so that you can keep count. 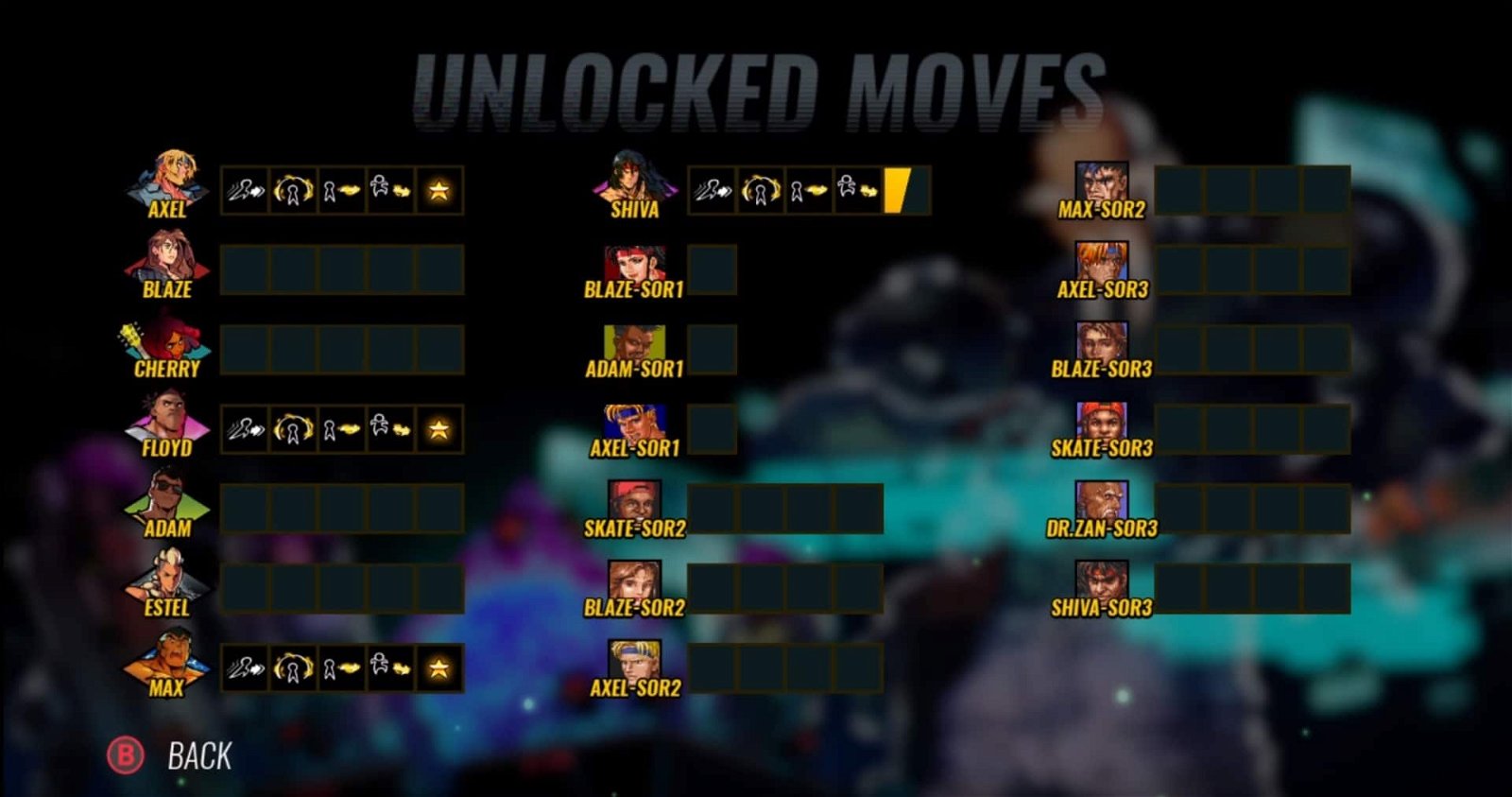 Ok, I unlocked the moves, now what?

Once you’ve unlocked a new move or two, you’ll be able to assign those moves before you start playing the game. Just select your character, and you should notice that the selection screen has changed. Now, you’ll see the new moves which you can assign to each character. 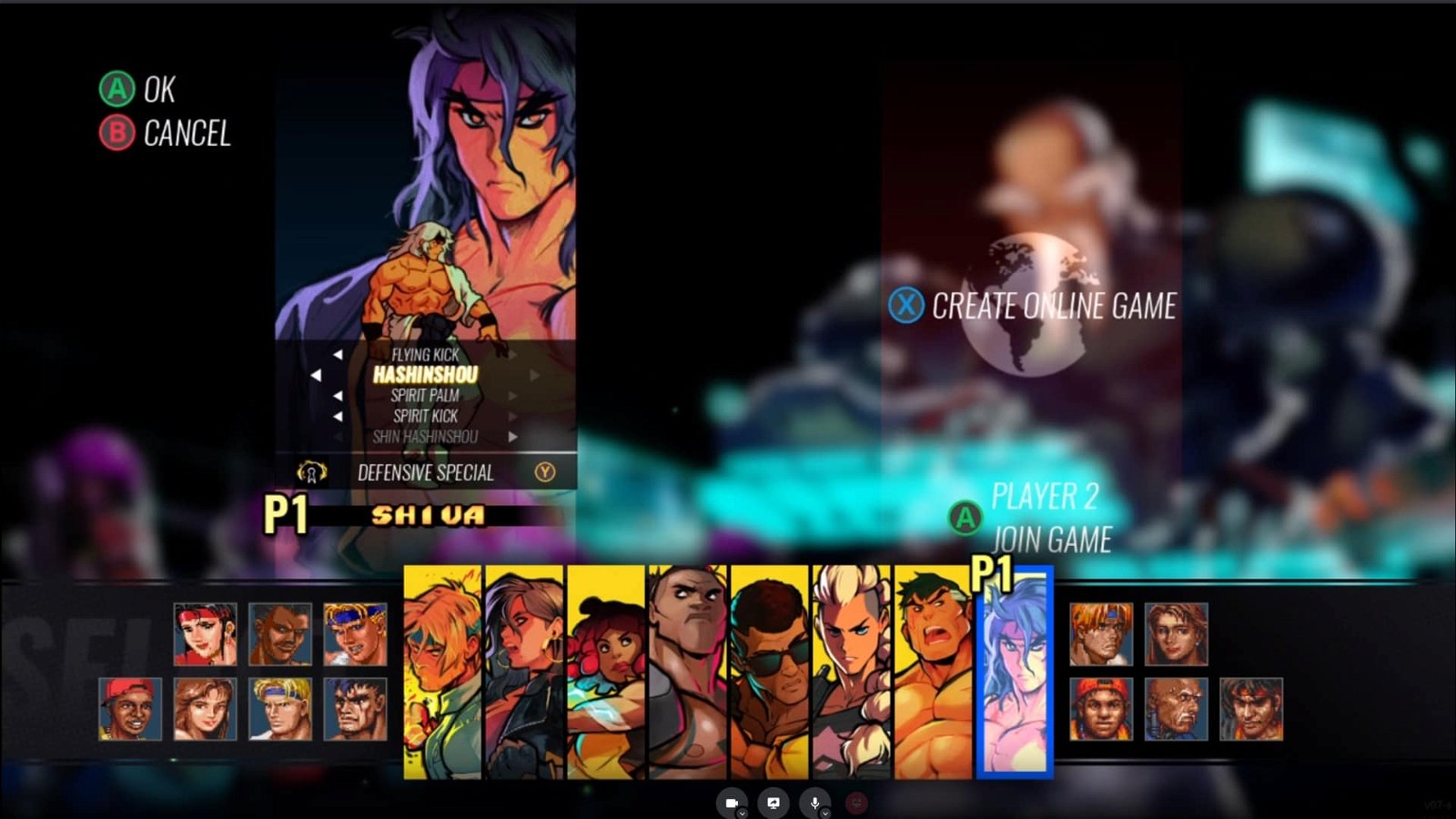 These new moves suck. I don’t like them. Now what?

With new moves come new challenges, meaning that it’s time to head to the training room. Yep, there’s a training room now that you’ll be able to test out all those new and cool moves. I highly recommend that you take the time out to learn the new moves, as some of them can completely change how a character plays. There are even challenges (again like a fighting game) that you can run through and get more intimate with the character’s new moveset. 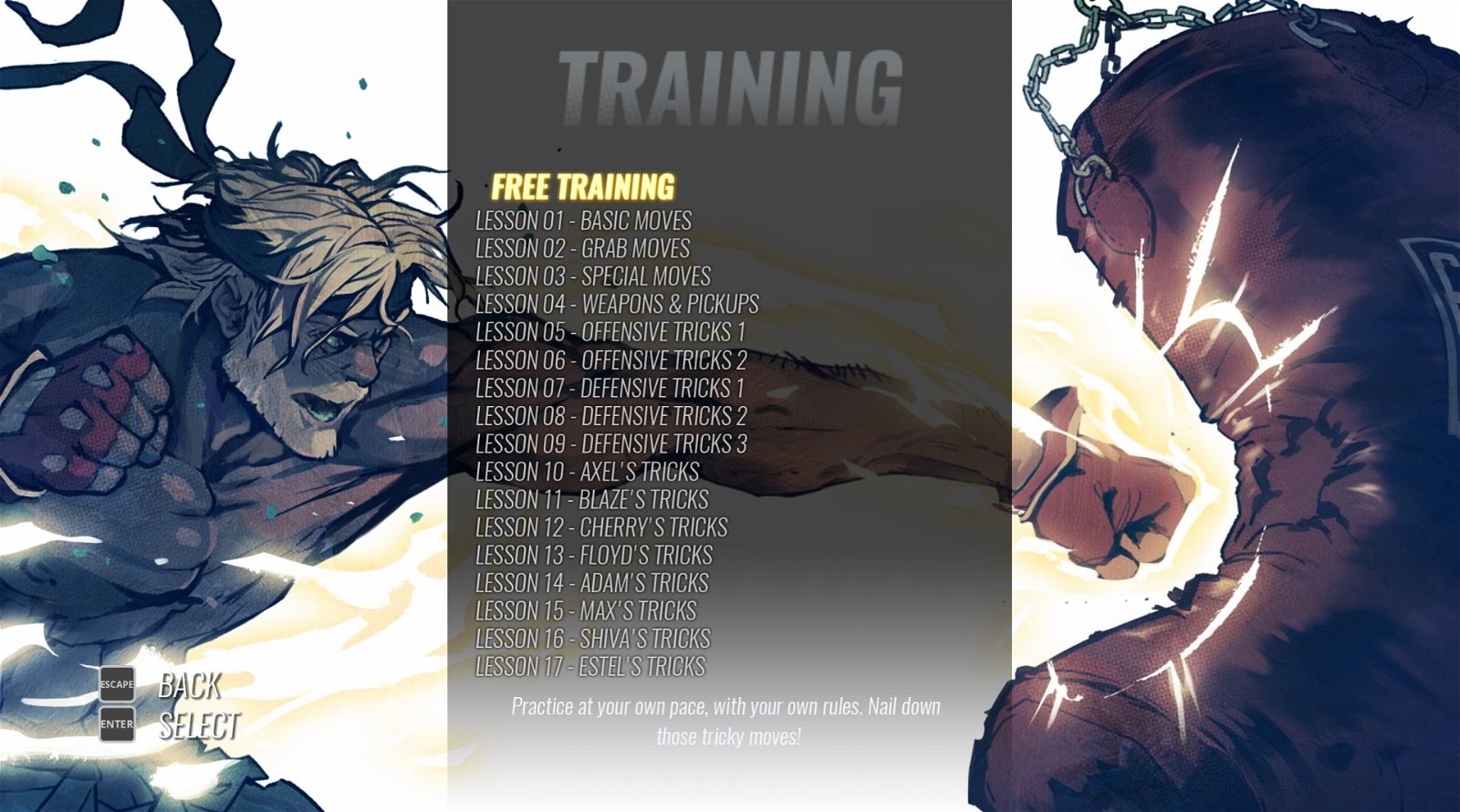 The nice thing about the Streets of Rage 4 Mr. X Nightmare training room is that you’re able to change various settings. It’s just like the training mode that you’d find in a fighting game. Here, you’re able to change how many enemies can spawn, assign infinite star and special moves, the enemies’ health (helpful for creating new combos), and more.

That’s it! Thanks for checking out our Streets of Rage 4 Mr. X Nightmare move unlock guide! Be sure to check out our other gaming guides while you’re here!

This was the #1 best game of 2020. It lived up to my expectations and exceeded them.

I’ll support this dev team if they keep cranking out quality games like this.

And Estelle is so damn rough. The superman punch, the ground and pound and the round house kick fucks everyone up.😂

The DLC is value for your money.