In Death’s Door, you assume the role of a crow who’s pretty much the Grim Reaper — you’re tasked with collecting souls and taking them to the afterlife. Except things have been slow, and times are hard for both you and the organization. Thankfully, you’ve lucked out and have been tasked with retrieving what’s called a Giant Soul, and things start to look up for our fowl friend. That is until you’ve tackled the first boss in the game and are about to snag your booty when you get walloped over the head by some jerk who has stolen your prize! Man, you can’t catch a break, can you? Welcome to Acid Nerve’s newest title, Death’s Door.

The folks over at Acid Nerve have crafted a game with DNA from its prior title, Titan Souls, all while adding more gameplay elements from other games such as The Legend of Zelda and, dare I say it — Dark Souls.  Death’s Door is a challenging action/adventure title, all while being cutesy as well. The game is played via an isometric view, giving you a nice view of the action. For the most part, it works, except for a few times where the camera and the foreground obscured my view. 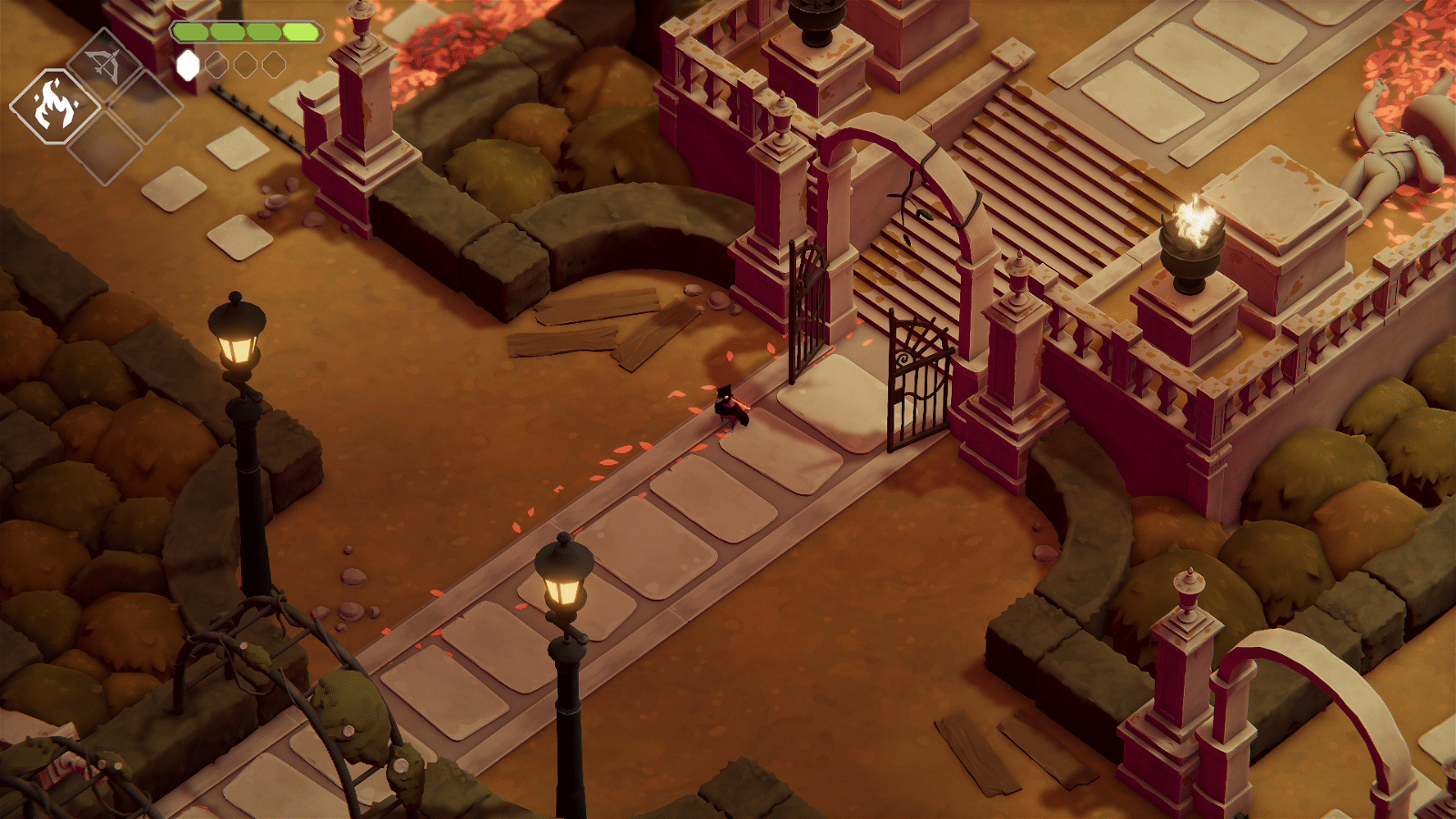 This game doesn’t hide its many Dark Souls influences, and perhaps that’s why I was drawn to it. However, unlike the latter, dying isn’t as punishing, and I feel this will sit way better with gamers. Anytime you die, you simply die. You may lose some progression, but you won’t lose any currency, nor does it feel as punishing as dying in Dark Souls. It’s a perfect balance, and it feels great. It’s not just Dark Souls either, but also Legend of Zelda. More specifically, when you find a certain item called the Hook Shot that lets you not only cross over areas but also hook into enemies, pulling you into them while attacking them as well. Honestly, this game has so much going for it that I’m sure there’s something here for everyone.

What’s funny to me is when you die, if you’ve played any of the Soulslike games, you’re familiar with the “You’ve Died” screen. Here, it simply says “Death,” and the first few times I saw that screen, I cracked up. I still don’t know why I found it so funny. Maybe because the game doesn’t take itself too seriously, unlike another gaming series I know, or perhaps I’m losing my mind. It’s possibly the latter.

Also check out:   AMD Ryzen users should delay upgrading to Windows 11 due to performance issues 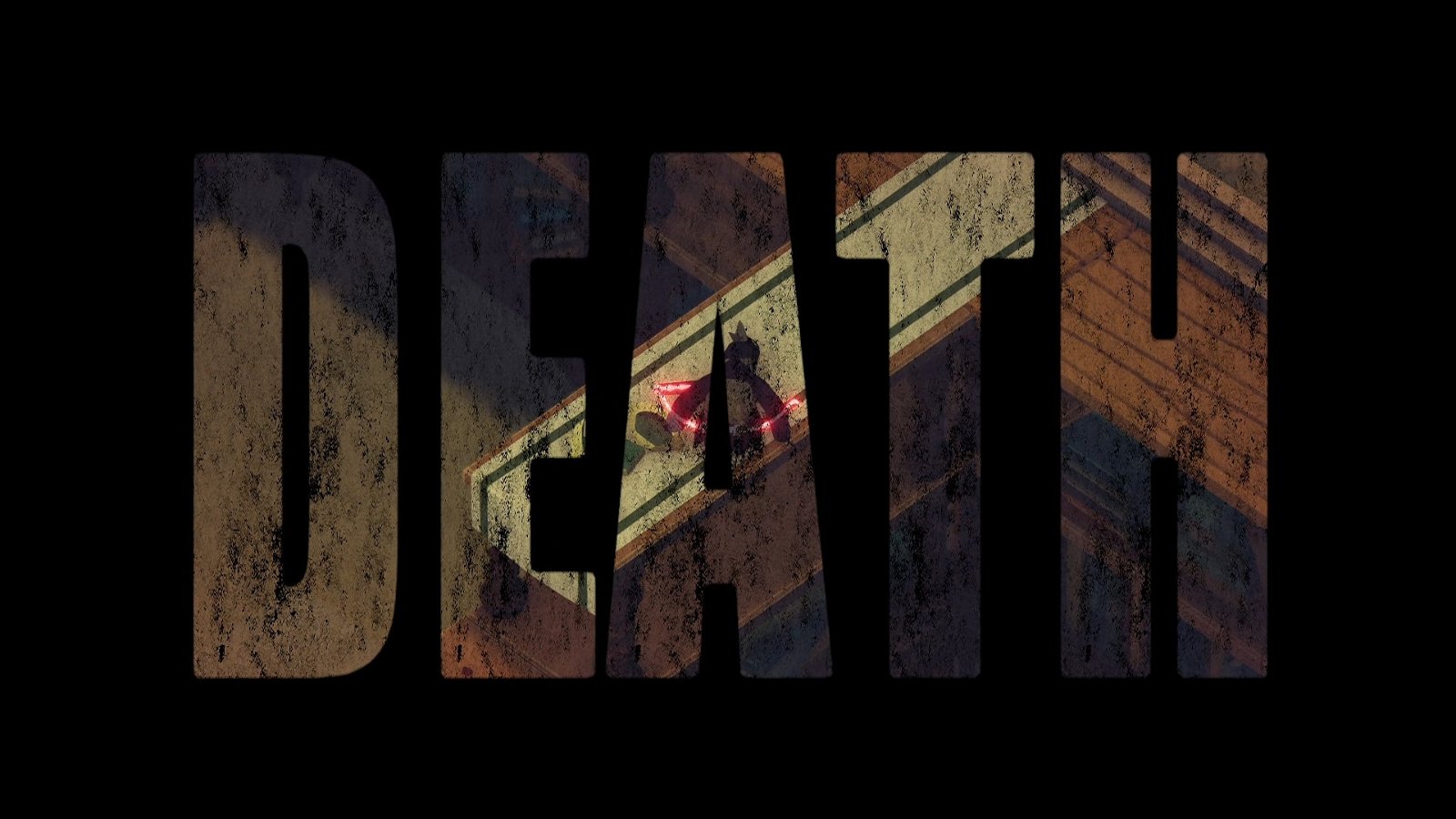 It’s not just the gameplay that has drawn me in, but also the visuals. Sure, it’s not a next-gen-looking title, but the touches that are scattered throughout the game are amazing. While my time with the game was shorter than I would have liked, I’ve seen enough more than enough to tell me that Acid Nerve wasn’t playing around. For example, there are areas where you’ll walk through a pile of leaves, while the leaves not only move as you traverse through them, with some of them being stuck t your body and falling off outside of the pile. Or watching various critters walking around the backgrounds, sometimes approaching you from the rear and then scattering when you turn your weapons on them. This is simply a beautiful game that needs to be seen in action to appreciate it.

There’s something to be said about the boss fights, which ranged from, ok, this is a pain to this is way too easy. I wish they were a bit more challenging at times, but again I feel like this is the perfect balance of enjoyment while making you think. Souls fans will love this, as will Zelda fans.

It’s not all combat, as there were plenty of challenges in the form of puzzles that made me think my way out instead of swinging my sword. Of which I appreciated, I love a game that challenges my wit and causes me to think my way of a situation. I even encountered some interesting characters, including one fellow who goes by the name of Pothead. Now, it’s not what you think — he actually has a pot for a head, the poor guy. He even reminds me of a person I once met in Dark Souls and sort of looks like him as well. I wonder why that is? But it’s not just the NPCs but the entire world that has me excited. There are tons of places in Death’s Door that begs to be explored, and if you do so, you’ll be rewarded. Secrets are everywhere, and despite having completed the game, I’m still trying to track each one done so I can 100% the game.

Also check out:   Another Elden Ring classification has been uncovered

While not spoiling everything, the game does have end-game content for after all the bosses are down. However, it’s confusing as to exactly what you’re supposed to be doing. Speaking of the end-game content, it’s totally up to you if you want to proceed with completing it or not, as it doesn’t do anything other than help you get a 100% completion rate. That said, I do recommend doing so, as there are several additional boss fights and more items to acquire. Oh, and there’s also another ending, the true ending.

There is a fair bit of backtracking when you acquire certain items, makes does have you revisiting locations, but I felt it was worth it. Throughout the game, you’ll see locations you can’t reach, such as walls or crosses that do require items you acquire later. I know some aren’t fans of backtracking, but it’s well done here, and you don’t necessarily have to do it. But again, exploration is rewarded, and I do implore you to backtrack as much as possible.

It’s not the perfect game, as I do have a few complaints. First up, the game is too short, as I wanted more. After taking down all the bosses, my game time clocked in at 8 hours. And most of that was because I was also writing guides and taking videos, so it was even shorter than that. Death’s Door is a fantastic title that I simply didn’t want to stop playing, and every spare moment I had, I was back playing the game. I could also do with an in-game map. There have been many times when I got lost and ended up going in circles because some locations look similar. A map would have helped a bit in that regard.  I’m getting old, and my memory isn’t what it used to be, so maybe it’s just that as well.

I played Death’s Door on a PC, and my experience was perfect. I didn’t experience anything that would otherwise ruin my experience. At the highest settings and 4K resolution, the game ran like a dream on my RTX 2080 TI and Ryzen 5600x. That said, I did not play with a keyboard and mouse, and my entire gameplay session was with an Xbox One controller. Sure, it’s a PC game; however, I enjoy using controllers in games such as this. So I can’t tell you how that worked. 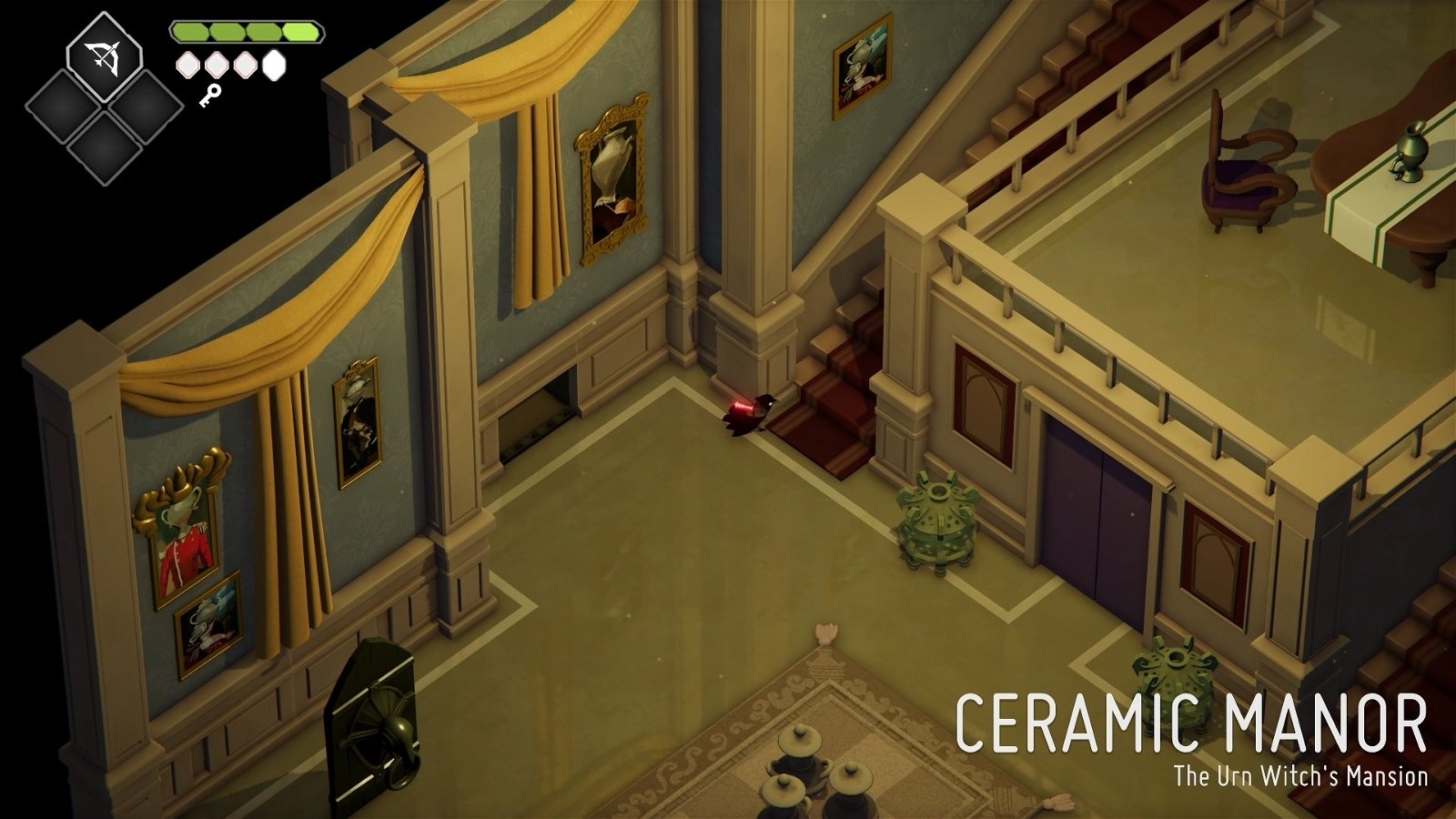 On a personal note, this game really touched me. I’ve experienced the loss of several people important to me over the past few months. Death has been something that’s been on my mind as of late, and there’s a lot of conversations regarding death, the circle of life, and meaning. It actually helped me come to peace with my thoughts, and, ironically, Death’s Door came around when it did. The story is well done, enjoyable, and keeps you glued until the very end — as well as a plot twist that I didn’t see coming.

Death’s Door is my favorite game of 2021 thus far, and I highly recommend giving it a try. I also really hope that we’ll see some sort of DLC or perhaps a follow-up, as this game is simply amazing. The only downer here is that this is only available on Xbox platforms and the PC. I do wish this game would come to other platforms, and perhaps it will in the future, but it’s only on Team Microsoft for the time being.

Death’s Door releases for the Xbox Series X, Xbox Series S, and PC on July 20th, 2021. Does Death’s Door sound like something that you’d love to play?  Let us know in the comments, or hit me up on Twitter at @Shadowhaxor.

Review Disclosure Statement: Death’s Door was provided to us for review purposes. For more information on how we review video games and other media/technology, please review our Review Guideline/Scoring Policy for more info.

Death’s Door is a cutesy, yet challenging isometric game that takes many influences from Dark Souls and The Legend of Zelda, and shines just as brightly. I’ve enjoyed every moment of the game, from the boss fights to just taking in the sights. This is a must-play for anyone who enjoys fantastic video games.