Being dead isn’t as peaceful as it sounds.

Ever since the release of modern VR headsets, it has been clear to all that VR and horror go hand in hand until the end of time. Wraith: The Oblivion Afterlife (which I’m only going to refer to as Wraith from now on to save time) feels like Fast Travel Games has watched how VR has been done for the past few years, and then took all the little tricks to make a satisfying experience that I will never play again because I’m a massive coward. As you may have guessed already Wraith is a VR survival horror title that has you stepping into the Barclay Mansion, a giant labyrinth of a complex, owned by the soon-to-be-dead Howard Barclay. Your ultimate objective is to escape the mansion,  sounds simple on paper right? Well, the catch is you’re dead and there’s a bunch of spooky stuff blocking your way out. In addition to trying to make your way out of the Barclay Mansion, you are also trying to find out the cause of your own death which will take you from mystery to mystery until you get to the bottom of it.

Along your little post-mortem adventure, you will encounter other wayward spirits that are not as friendly as you. These encounters can range from immobile spirits that basically suck the life out of you to the chilling specters that waste no time and snap your neck on contact. To be straight with you, I am what you would charitably call a coward, I do not handle horror well and Wraith is certainly not for faint of heart. I found myself needing to take breaks every now and again before, during, and after certain encounters so if you are like me and not the best with normal horror games, make sure to mentally prepare before going into Wraith as VR can make something that is slightly scary into a terrifying experience. 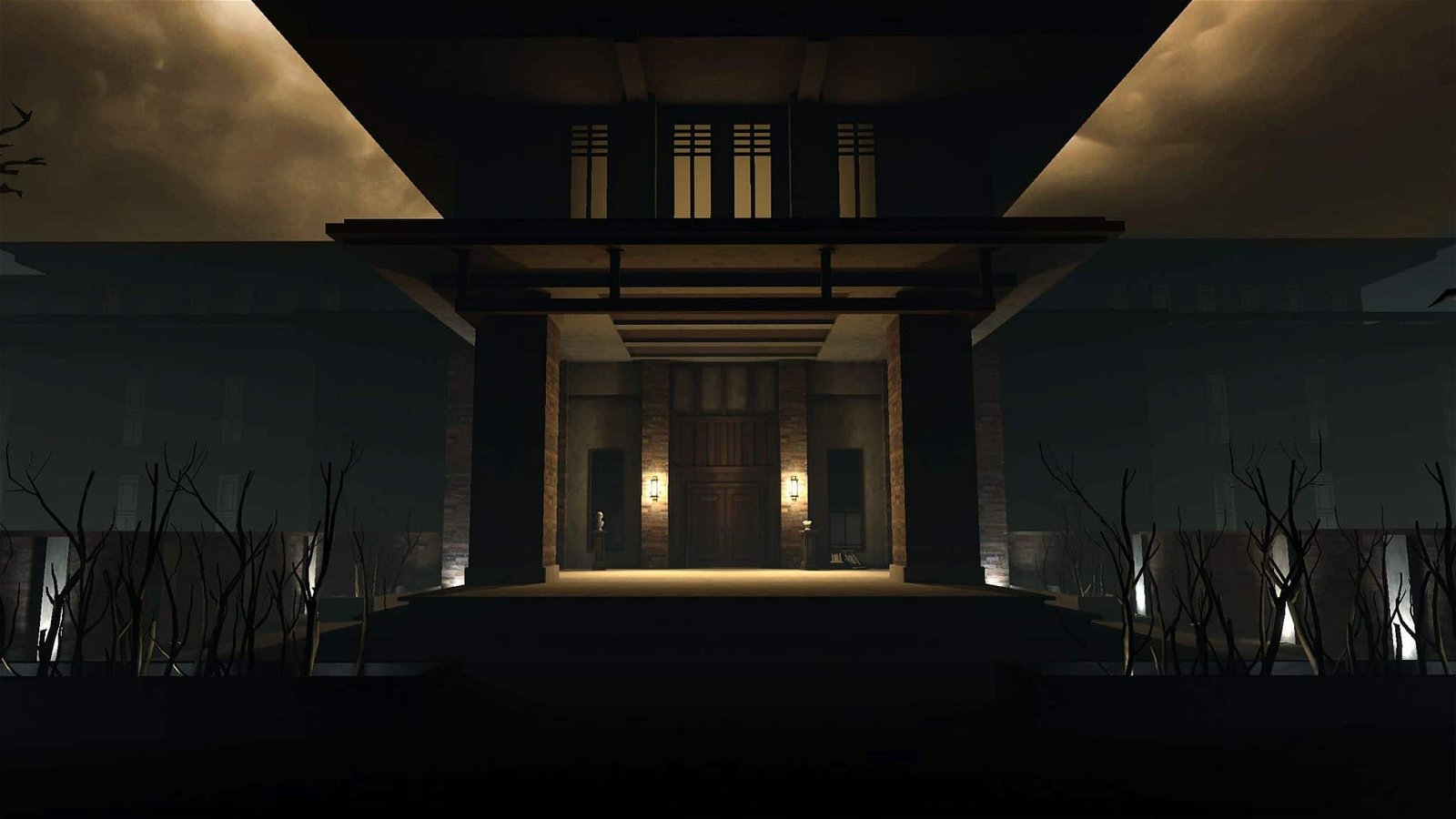 Gameplay-wise, you will mostly be making your way through the mansion using tools such as the camera and flashlight to clear obstructions along your path. Interacting with objects will pretty much be the meat of what you will be doing so making use of the “wrist-flick” telekinesis ability, that Half-Life Alyx players will be familiar with, will be top of your list so find something lying around early game and take some time to practise as you don’t want to get caught out at an inopportune moment.

Another ability that I have come to love is your pathfinding ability, referred to as “Sharpened Senses”. There is no map or traditional compass in Wraith, instead of holding a button on your controller will cause your arm to glow slightly. Once you are glowing you need to point that arm around until you start to feel/ hear a heartbeat, this tells you which direction you need to be going. Sharpened Senses will not tell you the route you need to go through so exploration is the aim here. Eventually, you gain the ability to walk through certain walls so if you see a little black botch on a wall, know that you will later be able to walk through that spot.

You will also need to keep in mind that you are virtually defenseless when you come across specters and other enemies so make sure that you are taking it slow, crouching is the best way to move around undetected and you can either crouch in the real world or click a button to do so. I personally prefer the button option as I found it to be more reliable than crouching in real life. As implied, stealth is the aim of the game here so running around corners or sprinting away from enemies isn’t really an option here. If your back is against the wall and you need to buy yourself some time to get away, you can use your torch to create a flash that will stun most enemies for a few seconds. Keep in mind that using the flash will consume most, if not all, of your corpus, which is essentially an energy meter that can only be replenished with little photographs that you can find lying around the mansion.

Related  NEO The World Ends With You Gets New Preview Videos

The best way to bypass most of the specters would be to use the game’s sounds to your advantage. What I mean by that is throwing items such as bottles, books, and so on will draw the specter away giving the player time to sneak past. You can use the torch in a pinch when you are being chased down but this sues Corpus, basically a type of stamina meter, and the flash only stuns the specter for mere moments, often this is not long enough to escape so the best way to survive is to not be seen in the first place. As far as the visual side of Wraith goes it looks amazing which is both a good thing and a horrifying thing, the last thing you want when a specter is chasing you down is to see all the details of their rotting face. Guess you can call it nightmare fuel. Wraith is also a well-optimized game, which I would attribute to the focus on the Oculus Quest 2, what this means is that all you really need is a computer that can run VR on the most basic functions and you can play Wraith which is a massive step up from the likes of Medal of Honor VR. In the case of this review, I played Wraith on my preferred VR platform which is the Rift S but I would like to see how Wraith looks on something like the Index. Or maybe I wouldn’t on second thought.

Where Wraith really excels in is the sound design and the atmosphere, arguably one of the most important parts of a VR game is the sound design. No matter how visually impressive everything is, if the sound design is off the experience falls apart. One part that I really love about Wraith is when you start hearing the voice in your head, it always sounds like it’s just behind you, no matter how many times you spin around you won’t see anything and it really adds to the creep factor that Wraith relies on for most of its scares.

With horror games developers can often make the mistake where they rely on audio stingers and jump scares to put the fear into the player, often the best scares come from things that aren’t even there. We’ve all been there when a pile of clothes in the night sent our imaginations running making something so mundane so terrifying, I feel that in the early stages of gameplay Wraith really excels at this, you spend most of your time sneaking through empty rooms with nothing but the sounds of the old house to keep you company. I understand that in order to keep the tension going something has to eventually show up to hinder your progress but I do feel that you encounter hostile resistance too early in the game, you’ll come across specters about 40 – 50 minutes into your playthrough and one you come across one and inevitably die and respawn the scare factor kinda falls a little. 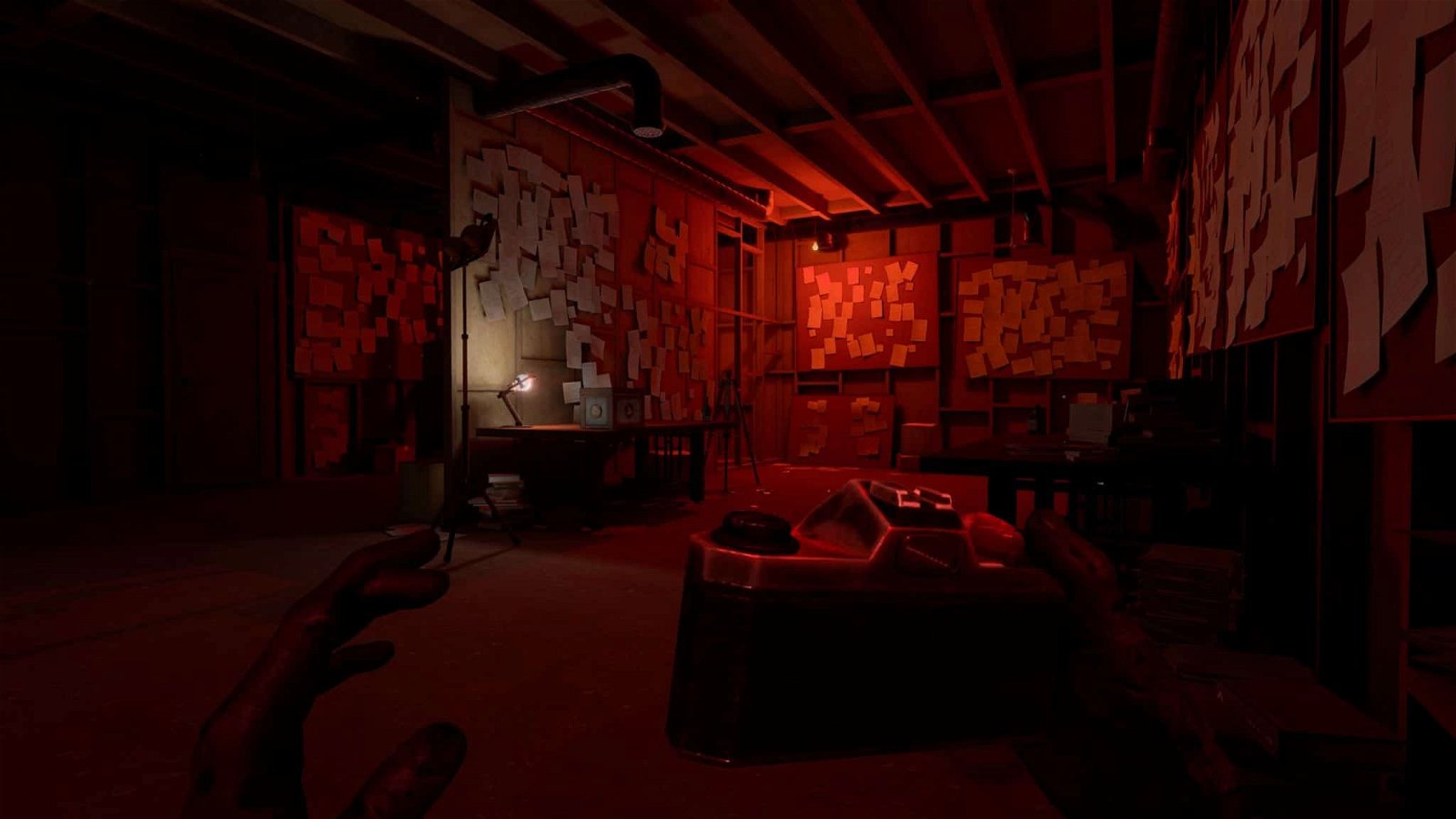 The moment Wraith stopped being utterly terrifying for me was when I came across my first roaming specter, at first the encounter was terrifying but after I messed up and died the fear from the encounter almost instantly dissipated. It’s the same issue I had with Layers of Fear, once you realise that death doesn’t have a single consequence in Wraith the fear from your encounters often dissipates, it gets scary again when you come across a new enemy type but once again that fear dissipates once again when death has no consequence.

Some of the best horror games in the business can be action-orientated but I would like to think that Wraith fits into the same category as Outlast, in Outlast the threat that enemies pose is very real but they don’t one-hit kill you and you have multiple ways to avoid them. There is nothing more terrifying than hiding from your enemy under a desk while they skulk around looking for you but often in Wraith your options are so limited that once you get detected you might as well stand there and let them kill you then try again.

In summary, Wraith: The Oblivion Afterlife is an exemplary VR title that is well optimized and feels good to play. Wraith is also a prime example of what can be learned from other titles, picking and choosing systems from other games often comes with voices of disapproval from players but if a game can take what was done before and use it to improve their game I fail to see how that’s a problem. While a great VR title I do find that Wraith can often fall short on the horror side of things which for a horror game can be a very bad thing, the scares are there but it is very easy to see past them so “hardcore” horror fans who can’t sleep at night without messing their bed might be disappointed but the casual horror fan will find plenty here to enjoy.

If you are looking to pick up Wraith: The Oblivion Afterlife for yourself you can find it available on the Oculus Store right now or you can pre-order through the Steam store ahead of its May 25th release.

Review Disclosure Statement: Wraith: The Oblivion Afterlife was provided to us by Fast Travel Games for review purposes. For more information on how we review video games and other media/technology, please review our Review Guideline/Scoring Policy for more info. All screenshots in this review were provided to us in the press release given to us by the publisher.

Humanity has always wondered what life is like after death, lets hope that it is nothing like this. Wraith: the Oblivion Afterlife is a perfect example of how horror and VR go together like cookies and cream, but not a nice.