A long time ago in a galaxy far, far away we were pretty spoiled when it came to the sheer volume of Star Wars video games. One of the standout and often forgotten titles in that expansive lineup was 2005’s Star Wars: Republic Commando. It set itself apart by being somewhat of a hybrid of Halo and Rainbow Six with a shiny coat of Lucasfilm’s signature paint. Now after 16 years of being lost to the unknown regions, Aspyr has given it a second life on the Nintendo Switch and PlayStation 4. It may have a few dated features and mechanics, but it is still a very fun and polished shooter that feels like what we should have been getting more of to this day.

Star Wars: Republic Commando’s story takes place throughout the majority of The Clone Wars and kicks off parallel to the Battle of Geonosis from Attack of the Clones and then carries on into events within Revenge of the Sith. During these conflicts, you take on the role of Delta-38, or “Boss” as his fellow clone commandos refer to him. Together with Delta Squad, they travel to a handful of locations from the aforementioned films to engage in covert and clandestine missions in the name of the Republic.

If you’re a fan of The Clone Wars TV series then you will feel an immediate familiarity with the story and characters. Your teammates all have personalities and specialties. There’s a real sense of comradery between them and it goes a long way to make you feel an attachment to these commandos. Star Wars: Republic Commando does also predate that series by a few years so it is interesting in that it feels like an evolution of this game. This may not be officially within the canon anymore but it’s still very much a part of this already fully realized universe.

Right off the bat, this immediately feels like Star Wars. Everything from the presentation to the music to the sound of blaster fire recalls the same feelings as watching any of the films or TV shows. Even with the visuals being well over a decade old, they still are distinctly Star Wars and that goes a long way to make you truly feel like you’re a part of this vast universe. Especially in one of the game’s opening sequences where your mission is happening on Geonosis as the events from Attack of the Clones are happening seemingly one canyon over.

Related  Days Gone Releases For The PC Next Month 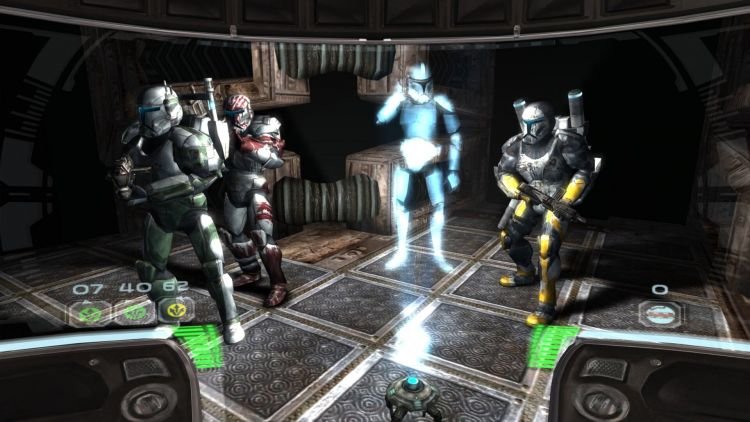 What sets Star Wars: Republic Commando apart from the endless assortment of games in the franchise is its emphasis on tactical squad-based commands. If you’re ever played Rainbow Six, or more specifically Rainbow Six 3, you’ll be pretty familiar with how it all comes together. As you’re commanding Delta Squad, you have an assortment of commands that you can give your squad-mates to complete your objectives. It’s all very simple and intuitive to control. The directional buttons correspond to different orders so you can very easily have your commandos take out any enemy in sight or have them stick with you or defend a specific location. It’s not incredibly intricate by any means or deep but it still feels responsive and your squad is usually pretty on point.

When you’re not focused on leading your team, you still have an impressive assortment of blasters and explosives at your disposal that all feel like they are ripped right out of The Clone Wars. The different weapons all feel distinct and have their own specialized situations where they are the ideal tool for the job. If you need to do some sniping, you are well equipped to handle that. If you need to whip out a thermal detonator to clear out a room as if you were in Jabba’s palace, you can handle that too. Your selection of tools coupled with your always helpful and incredibly cool-looking heads-up display makes you feel like you can take on the droid army all by yourself.

For being the top tier of Clone Troopers though, sometimes your squad can make some very stupid decisions. The AI periodically leaves a lot to be desired. On more than one occasion one of my commandos opted to just run headfirst into a large group of pissed-off Geonosians and got himself downed. Luckily they can be revived but it does become a bit of a headache when you have to babysit your team because if you do happen to go down, they can still revive you. So having teammates go full Leroy Jenkins often removes that safety net and then you’ll potentially restart from a checkpoint. Luckily, the autosave feature is very generous and you also have a quicksave function at the touch of a button. 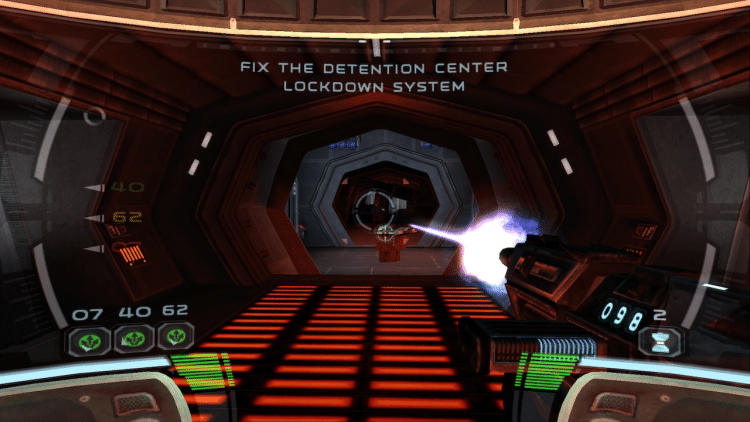 Something that Star Wars: Republic Commando would have greatly benefitted from would have been some kind of multiplayer or co-op functionality. I understand this is a port and not a release made from the ground up but even the original release had multiplayer even if it was pretty barebones. Being able to play this in co-op would have truly been one hell of an inclusion if you could go on these missions with a group of friends and not the occasionally unreliable AI.

Apart from the really strong story, there sadly isn’t a lot here to sink your teeth into here. You can unlock a bit of concept art and a few behind-the-scenes featurettes as you complete missions but that’s really it. There aren’t any collectibles of any kind or big lore dumps that Star Wars is known for. It’s a shame because the game is also fairly short and the lack of additional content does sort of highlight that a bit more. That being said, it’s not all that big of a gripe given the price tag.

Star Wars: Republic Commando holds up surprisingly well after 16 years. If you’re a Star Wars fan you’ll find plenty to sink your teeth into here. Being in command of your squad, even when they can be incompetent because of finicky AI, still always manages to feel meaningful and intuitive. And if you’re a fan of this neverending franchise, there are plenty of recognizable nods and references to the broader universe. Its story may be brief and the overall package might be lacking as far as content, but Star Wars: Republic Commando is a more than competent Rainbow Six clone with a lot of heart and soul that still has plenty of fun to offer. Now I’m really crossing my fingers for a proper reboot with modern mechanics and multiplayer. Someone needs to tell Ubisoft to make that happen.

Review Disclosure Statement: Star Wars: Republic Commando was provided to us by Aspyr for review purposes. For more information on how we review video games and other media/technology, please go review our Review Guideline/Scoring Policy for more info.

Star Wars: Republic Commando is the type of Star Wars game I wish we were getting more of these days. Its tight gunplay and tactical commands still hold up remarkably well and its story has big Clone Wars energy. It may be short and lacking in extras but it still manages to be a great experience after 16 long years lost in The World Between Worlds.