A few years back, Best Buy had announced that they were ending its Gamers Club Unlocked program. It was a program that provided a 20% discount on games purchased from the retailer and saved me a nice bit of money. And while the company had stopped selling the membership, the company was still honoring the membership. That all ends on March 1st, 2021, when the company officially pulls the program’s plug.

According to an email I received this morning, anyone who still has an active membership will be able to use it until Feb. 28th, 2021. Afterward, starting on March 1st, 2021, the program will be closed, and Best Buy will provide a $30 refund check for each membership purchased. 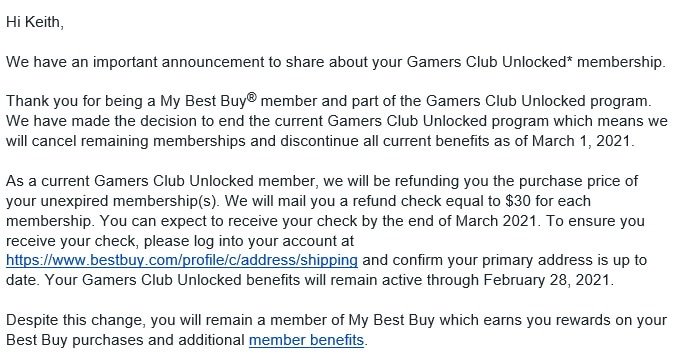 Oddly enough, I can’t even find the membership on my account anymore. It’s still active, and I can see that when I add games to the shopping cart on Best Buy’s website. However, I’m also sure I was paid for the membership for another 2-3 years. I made out like bandit a while back when the company was giving out free Gamer Club memberships with a $10 phone – I stocked up on those. I suppose that’s the company’s way of hiding just how much they’ll have to refund you back. 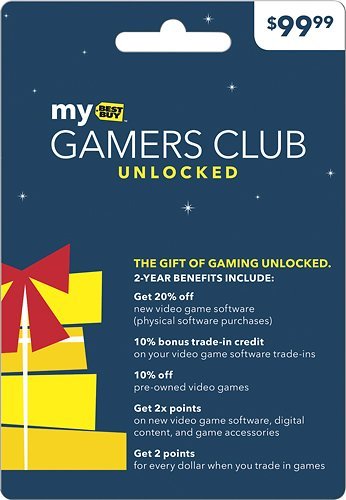 And with that, gamers looking to save some money have lost every program that afforded them that ability. Before this, Amazon, Gamestop, and Best Buy all had programs that helped gamers save some money, and just as Best Buy has, each company eventually phased those programs out. Over the years, Best Buy had also changed how its Gamers Club program had worked, with the last significant change had prevented the program from stacking with holiday sales such as Black Friday.

While the program didn’t extend to accessories or consoles, it did work with collector’s editions and special editions, both of which I normally purchase when Best Buy has them. R.I.P, Best Buy Gamers Club, you saved me so much money, and while I don’t buy as many physical games anymore, I’m going to miss you.

For those who still have access to the membership, I’d make use of it before it’s gone. I verified it, and it still applies to the collector’s, special and limited editions, and there are quite a few on Best Buy’s website. Or just stock up on games you meant to pick up but didn’t. Once it’s gone, it’s not coming back.