In the modern era of well, everything, representation is one of the main things people are up in arms about. It seems that unless the game has one of everything (Except straight white males, it seems those are completely unwanted in gaming, and everywhere else) included in it, then it’s problematic or some kind of “ist.” So these days, we are seeing a swing of main characters being man-like style females who use guns and kick (mostly men) around in fights, LGBTQI+ characters with the thickest plot-armor in history (See The Last of Us 2), or just characters being included with a previously male character name for the hell of it. But out of all the groups that are growing in representation in gaming, there is one that gets overlooked a lot more than others: Deaf people.

Now I can already hear people typing on their keyboards to tell me that I’m wrong since most video games these days included subtitles in them so that deaf people can play them. While this is correct, what I’m talking about is deaf representation in games. In a world where we have game characters with mental illness, mental trauma, physical disabilities, and even amputees, we don’t see deaf people represented as characters in games. Thankfully, we are seeing a change with the inclusion of Hailey Cooper, a deaf street artist, in MARVEL Spider-Man: Miles Morales. 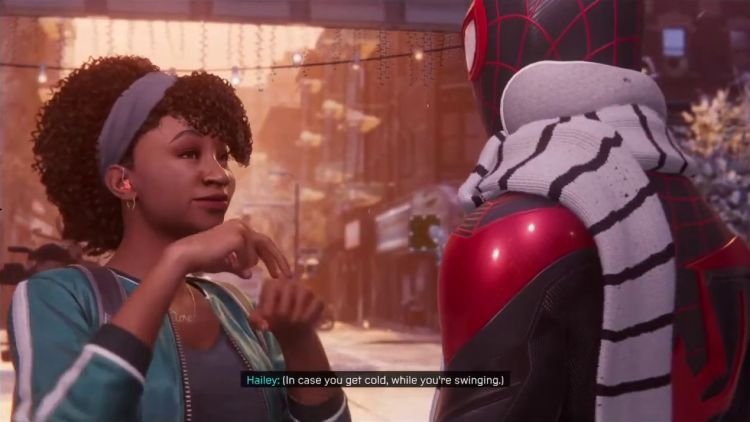 Not too long into MARVEL Spider-Man: Miles Morales, you are going to bump into Hailey Cooper as she is putting the finishing touches on her latest art project in Harlem as a part of a street event put on by Miles’ mother during her election campaign. Upon meeting Hailey, the first thing you’ll notice that she does not talk in the traditional sense but more small noises as she signs her introduction to Miles. So Hailey does have a voice actress (Natasha Ofili) who gets the credit, but the fact that MARVEL Spider-Man Miles Morales goes out of its way ensures that Hailey is as authentic as a real deaf person can be. A big bonus to this is that Miles also “speaks” sign-language himself, striking up a conversation with Hailey not only in this first scene but many scenes later. Hailey even becomes a lead for a side-mission later in the game where she helps Spider-Man track down a group of Kingpin thugs who are trying to disrupt another event in Harlem, the outcome of which ends with Hailey giving Spider-Man her scarf and headphones to help Spider-Man keep warm in the winter weather. Through all of this, it seems that Miles is attracted to Hailey as a potential love interest if you watch the interaction close enough. 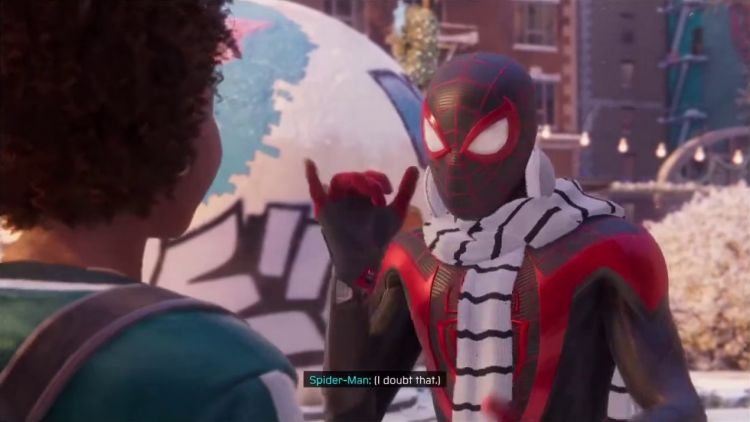 Now, the reason I’m so excited to see this type of character represented in a video game, and a major title at that, is that my cousin was born deaf. I watched as he struggled with communication as a child since he refused to learn sign-language (since his parents didn’t know it, nor did they want to learn) and would get frustrated with trying to listen to us, his family, as we tried our best to just talk to him like his disability didn’t exist. This is still ingrained into my way of thinking as I gained friends later in life who themselves are deaf. I tend to talk to people with disabilities, including deaf people like they are just people. It’s only been recently that I have begun to study AUSLAN, the Australian version of sign-language, to communicate with my cousin and my other friends and expand how I can help people in my new profession as a Community Services Worker.

I also happen to be friends with Landon Blackhall, a former Poker dealer turned Poker News Journalist/Poker Tournament Director who helped establish the Deaf Poker Australia league and tournament series, which helps the deaf community in Australia play Poker and other games presented using AUSLAN sign-language exclusively for that community. This goes from Landon himself learning AUSLAN to help run the event, to the dealers knowing a basic version of sign-language for the event, and of course, the players being able to communicate in a way that is comfortable for them. 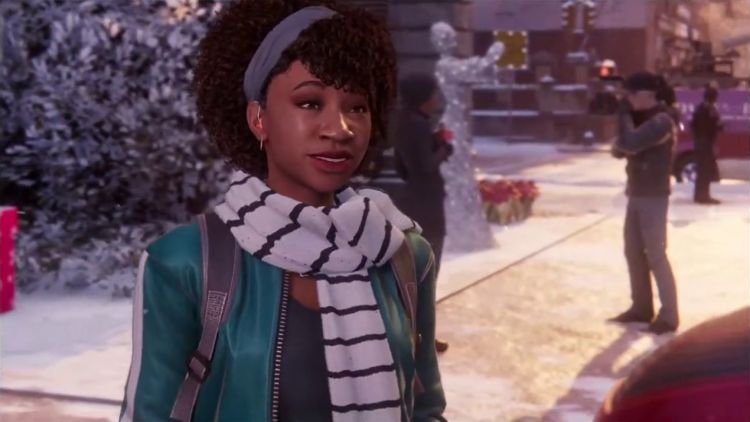 Seeing Hailey in MARVEL Spider-Man: Miles Morales put a smile on my face right away as there was nothing in the media about her deaf status from her time in the trailer she first appeared in. Her inclusion was a pleasant surprise since it’s not very often that you will see a deaf character in any type of media, especially video games. The last time I saw deaf representation in any type of media was in the anime movie A Silent Voice, which featured a deaf girl who used a notepad to communicate, and the main character learning sign language to apologize to her for abusing her as a kid, leading to a love story between the two. We don’t see deaf representation often, but it’s good when it happens because, in an era where we seem to want everyone included, it’s good to see when this group of wonderful people get to shine.