I’m sure you’ve heard by now that Resident Evil 3 has officially been announced for the PS4, Xbox One, PC. But did you know that there’s also a Collector’s Edition that was also announced?

Yep, as with most eagerly anticipated games, there’s a Resident Evil 3 Collector’s Edition. It also happens to a Gamestop exclusive, so you won’t be able to get it anywhere other than there. Or, you know, on eBay if you miss the boat.  As of now, the listing is available on the Gamestop website, nor can you pre-order it in stores. Trust me, I’ve already tried. Hopefully, it will be available later.

This collector’s edition will only be available for the PlayStation 4 or Xbox One. PC gamers like myself are out of luck, as there wasn’t one announced for the PC.

But should you decide to drop your hard-earned cash of $180 USD, then this is what you’ll get.

Check out everything that I listed in the image below. 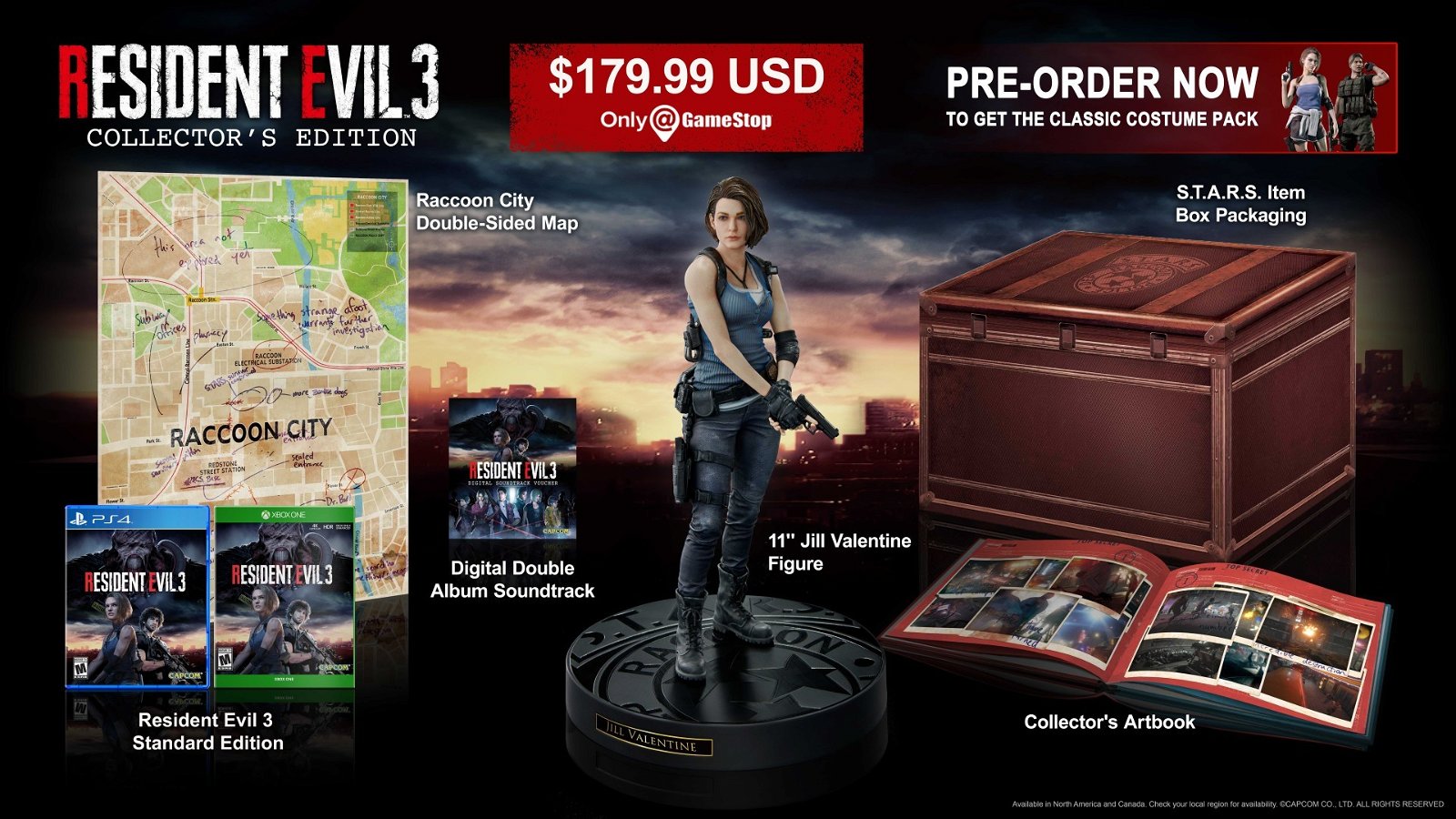 Resident Evil 3 will be released on April 3rd, 2020, for the PlayStation 4, Xbox One, and PC. Only four more months to go!