Bandai Namco sure does love them some RPGs. In addition to the titles announced during E3 2019, it would seem that they’re working on another one that’s specifically for the PC. Blue Protocol, is an upcoming online action-RPG and a new IP for Bandai Namco. I’m surprised this wasn’t being developed for either the PS4 or even mobile.

According to the announcement, the game is being developed by a team called Project Sky Blue. Which is made up of both Bandai Namco Online and Bandai Namco Studio. It’s also using the Epic Games Unreal Engine 4, which happens to be the same engine that BN has been keen on using for several of its games. Needless to say, after Tekken 7, Soul Calibur 6 and Ace Combat 7, they’ve had lots of practice.

It definitely does have a very anime look to it. According to the website, the game will feature some sort of multiplayer system. Of course, that can be anything. Either way, as long as it has some entertaining combat, plenty of mobs and bosses to go up against and a decent online community, I’m game.

As you’d imagine, there’s currently no release date for Blue Protocol. I suspect that we’ll hear more about the title when Gamescom 2019 (August 20th, 2019) or the 2019 Tokyo Game Show gets underway. 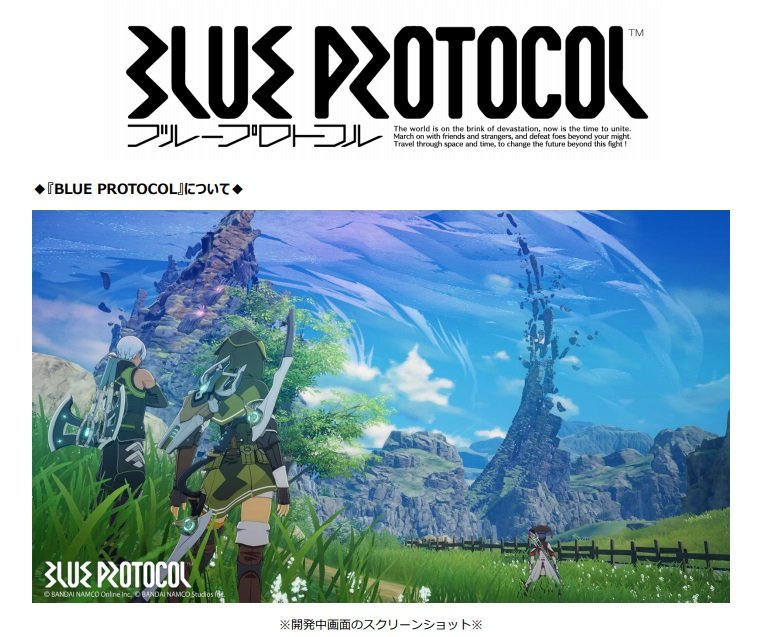