First of all, I know that Sonic Mania has been reviewed already here on The Outerhaven, but this is Sonic Mania Plus! Essentially this is an update to Sonic Mania that was originally released. So what has changed? Well, that is what we are going to take a look into with this review, so let’s get to it… Fast!

Following the events of Sonic 3 & Knuckles, Sonic and Tails receive a powerful energy reading from Angel Island and board their biplane, the Tornado, to investigate. However, Doctor Eggman sends an elite group of EggRobos to reach the signal before Sonic and Tails. The EggRobos excavate the source of the signal, a magical gemstone called the Phantom Ruby, just as Sonic and Tails arrive. The EggRobos gain new powers from the ruby, becoming the Hard-Boiled Heavies, and send Sonic, Tails, and the island’s guardian, Knuckles, through places they have previously visited where they pursue Eggman to prevent him from using the ruby’s power for evil, clashing with him and the Heavies along the way.

Sonic and his allies discover that Eggman has used the Phantom Ruby’s power to retake control of Little Planet from Sonic CD. They board Eggman’s robotic fortress, defeat him and the Heavies, and escape just as it explodes. If all seven Chaos Emeralds are collected while playing as Sonic, the Phantom Ruby transports Sonic and Eggman to another dimension. There, the Hard-Boiled Heavies’ leader, the Heavy King, betrays Eggman and takes the ruby, imbuing himself with power; Eggman attacks the Heavy to try to reclaim it. Sonic uses the Chaos Emeralds to become Super Sonic and fights Eggman and the Heavy to keep the ruby out of the possession of both. After the battle, the Phantom Ruby reacts with the Chaos Emeralds, negating Sonic’s super state and creating a wormhole that engulfs itself and Sonic as Little Planet vanishes. 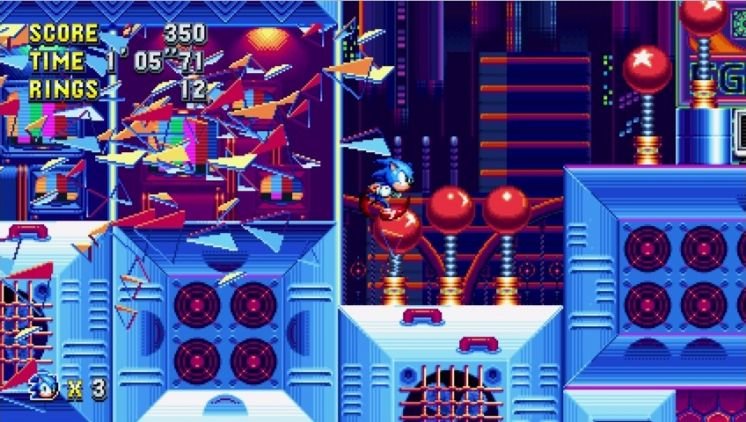 Sonic is transported to Angel Island by the Phantom Ruby. He traverses the land and finds Mighty the Armadillo and Ray the Flying Squirrel trapped within a capsule. After freeing them, the Heavy Magician reveals herself to have been disguised as one of the prisoners (the one that the player did not select to team up with). She steals the Phantom Ruby, leaving Sonic and his new teammate to chase her down. The Heavy Magician gives the Phantom Ruby to the wrecked remains of the Phantom King, among the other Phantom Heavies. The Phantom King then uses the Ruby to restore the Hard Boiled Heavies, leaving Sonic and his teammate to begin hunting them down in Green Hill Zone.

The graphics in Sonic Mania Plus are exactly the same as Sonic Mania, meaning that they are old school in look, but a lot bigger and better detailed. Given that this was a 16-bit era style of game, you’d expect that it would look stretched and crappy, but it doesn’t. The larger sprites give off that old school look and appeal while keeping things crisp. Hell, they even added small things that would happen in the Genesis/Mega Drive days, like the whole thing of Sonic going so fast that he’d scroll to the edge of the screen and it takes a moment to re-center the whole thing so you can keep going. It’s a small thing but it’s details like that which makes Sonic Mania Plus one of the best Sonic games in decades. 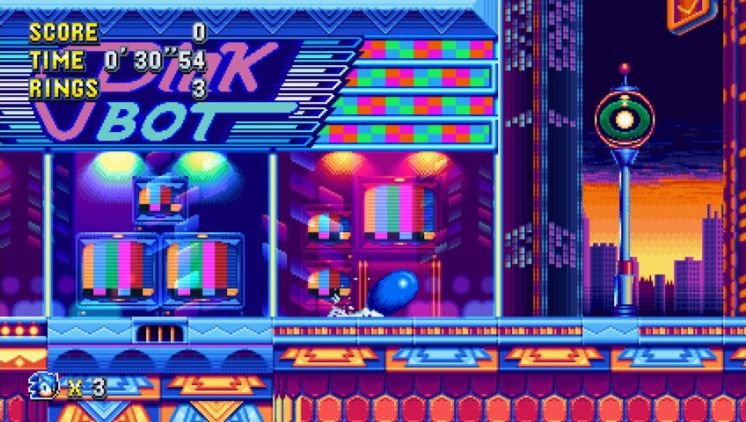 Gameplay here is just what you would expect for the main game, but the big change here is the “Encore” mode. In Encore, you get a partner swapping mechanic which begins with you, as Sonic, joining forces with Mighty or Ray. Mighty has a “Hammer Drop” which lets him do a downward Spin Attack that can destroy obstacles, and Ray has the Air Glide which lets him glide large distances through midair. However, to keep mixing things up, Encore mode has a new item box which will randomly switch the characters around suddenly.

The mini-game from the checkpoints have also changed to a weird homage to Sonic Spinball where you can add characters to your line up, giving more than just one life when you run out of rings to work with. This is because you can “stack” characters, allowing you to create a roster of characters to use through the remixed levels. (And yes, you can get the team of Knuckles and Knuckles to complete the memes.) While the level order and boss fights remain largely unchanged, the level designs and layouts have been modified a bit in order to work with the new abilities of Mighty and Ray. The addition of these two characters brings a new flavor to the whole adventure as you now have to think in new patterns and directions in order to finish the remixed level design; though there is nothing blocking you design wise if you don’t have these new characters to work with. 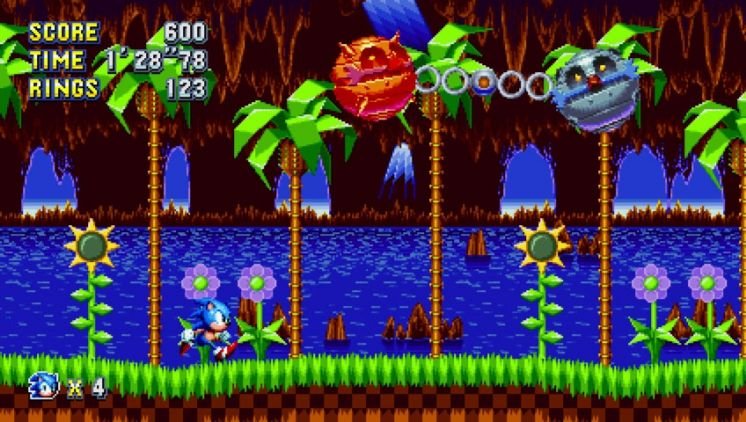 Sound in Sonic Mania Plus again, like the graphics, are just like the original release. The soundtrack plays the classics and remixes with all the clarity of modern sound going through a 16-bit filter. Which once again makes things amazing. When it comes to some of the new zones though, it hits things right out of the park with beats that sound like they were made in the 90s. Heck, again it’s the little things like a small homage to a SEGA livestream that make listening to Sonic Mania Plus such a joy to listen to. 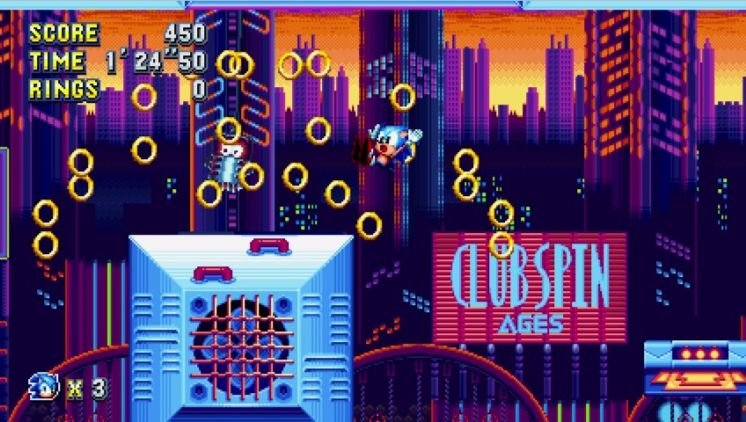 In order to justify a retail re-release of Sonic Mania, the teams over at (Developers) decided to add more things into the original Sonic Mania in order to give the fans an experience worth paying for again. These things include the list of the following features and changes:

As you might have been able to tell from the outlines above, all of these features equal up to a game that you’ll want to buy a second time. Not to mention the added bonus of an art book and a reversible cover that creates something that looks like an original Mega Drive/Genesis era cover for the game. So that’s even more reason to give this a second go. 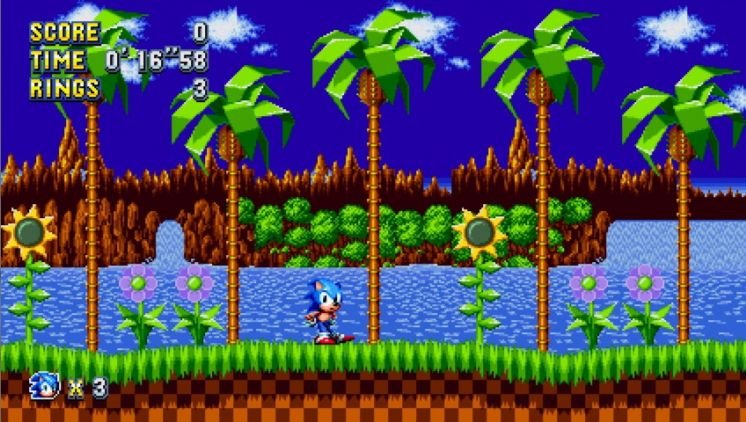 For the first time in a very long time, I can honestly say that I have enjoyed a Sonic game. Sonic Mania Plus is something of a retro nostalgia trip while using a brand new car to take the journey. Everything looks and feels like the Sonic of old, but also is new enough that it brings a brand new challenge to these old bones. Well done SEGA, well done.

Review Disclosure Statement: Sonic Mania Plus was provided to us by 5 Star Games (on behalf of SEGA) for review purposes. For more information on how we review video games and other media/technology, please go review our Review Guideline/Scoring Policy for more info.

Sonic is back... plus Knuckles... Plus

Sonic is back, fast and new!