So I was thinking of just writing a quick first reaction to The Disastrous Life of Saiki K. because to be honest, I didn’t plan to watch more than three episodes. I thought this would be nothing more than a lazy “comedy” that I’d get sick of very quickly. Oh, boy was I wrong! So now since I’ve binge-watched the entire freaking twenty-four episode series- I thought; “Hell, why not give myself more work to do!” So here we are… let’s get into it.

Kusuo Saiki is a normal high school student. Except that he isn’t normal at all, he was “blessed” with psychic abilities at birth. I say “blessed” because to what we may think of as a gift, Kusuo Saiki sees as a burden. With a goal to just live an ordinary lifestyle, in The Disastrous Life of Saiki K.; Kusuo aims to live a normal lifestyle. As Kusuo tries his hardest to live an ordinary life by attempting to stay out of the spotlight, life seems to have the tendency to bring odd characters into Kusuo’s life.

So each episode consists of shorts which results in no overall storyline. This may be disappointing to some, but as a comedy, this makes for hilarious “episodes”. The best way to think of each episode is as if you’re reading one of those short comic strips from newspapers. Another anime very similar to The Disastrous Life of Saiki K. (at least in my eyes) is Haven’t You Heard? I’m Sakamoto. They share the same episodic style of comedy, but the biggest difference between the two animes is that in Saiki K. characters are actually memorable and have personality. Speaking of characters, let’s talk about them. 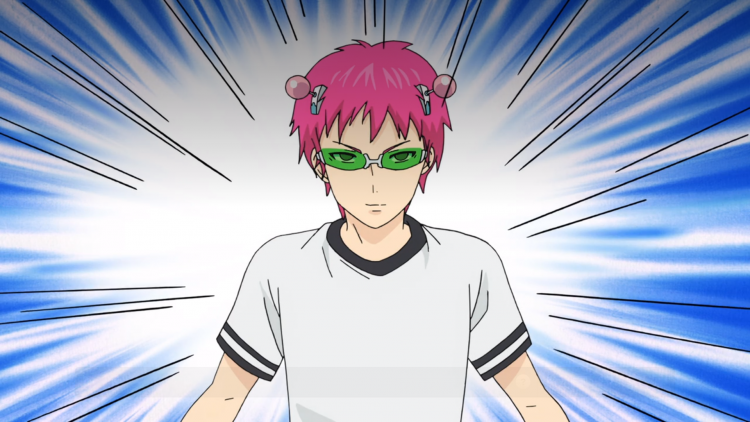 “Saiki is a gifted psychic. Having obtained his powers since birth, the first signs of Saiki’s powers came from when he was able to hear the voices of his parents and he subsequently telepathically spoke back to them. Two months later, he demonstrated the ability to walk in the air. Saiki has stated that in three days, he can wipe out humanity. The full extent of all of his abilities is unknown.

Saiki has an extremely uncaring personality. As a gifted psychic that can do anything he wants, he has long stopped caring about the world; however, he has shown to be extremely cautious, as he often runs from Nendou, the only person he fears and is prone to immediately teleporting to far away places upon spotting an insect. Saiki has a sweet tooth, so he loves sweets, especially Coffee Jelly.” (Character Reference)

Saiki also tends to speak to the audience/viewers directly, very similar to how Deadpool speaks to his viewers. This may be due to his psychic powers. What is strange though, is that he even knows that he is apart of a manga that he even references. 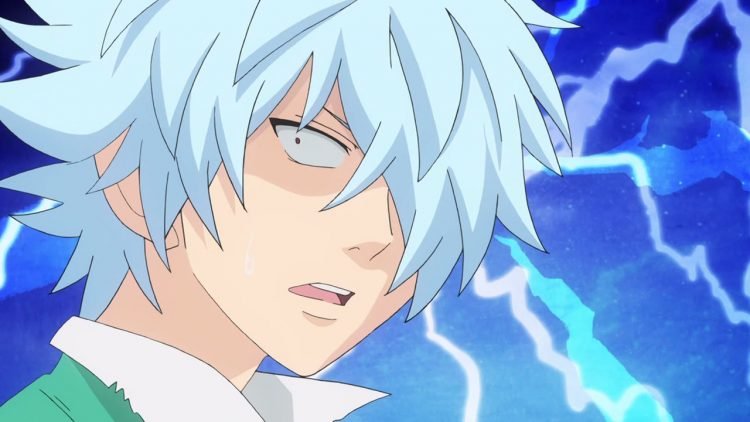 “Shun Kaidou has chuunibyou, meaning that he believes that he is very different from the usual crowd. When Kaidou first saw Saiki ‘s solitary personality, he became a “friend” of Saiki and began to follow him around, much to Saiki’s annoyance.

Kaidou believes that he is the only person who can take on the “Dark Reunion,” an evil group that is actually a fabrication in Kaidou’s mind due to his chuunibyou. Despite his overconfident personality, Kaidou has expressed many attributes that say otherwise, such as hiding in the toilet and his inability to swim.” (Character Reference)

I love Shun the most due to his chuunibyou. He acts as if he’s some sort of ninja from Naruto with hidden powers. He is incredibly over dramatic about everything but is quick to lose his confidence when it becomes obvious that he is just a chuunibyou. 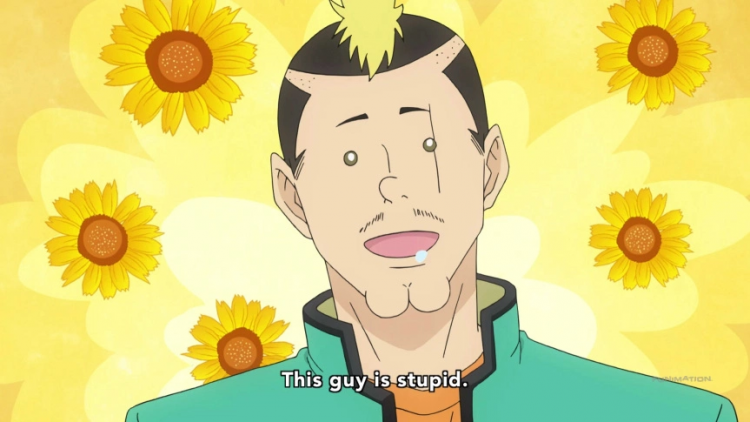 “Nendo has a simple way of thinking, but because of it, Saiki is unable to read his mind. Because Saiki is unable to detect Nendo’s presence, Nendo is the only person who is able to sneak up on Saiki and making him think he will someday be a dangerous foe.

Nendo believes he is a friend of Saiki, but this is definitely not the case as Saiki despises Nendo. Saiki would often compare Nendo to a bug, as bugs are one of the few animals that Saiki cannot read the minds of.” (Character Reference)

Nendo is absolutely hilarious and is incredibly absent-minded/stupid (as stated above in the picture). He is incredibly goofy both in looks and in personality. He serves as one of the most comedic characters in the anime, though to be fair, each character is hilarious in their own way. 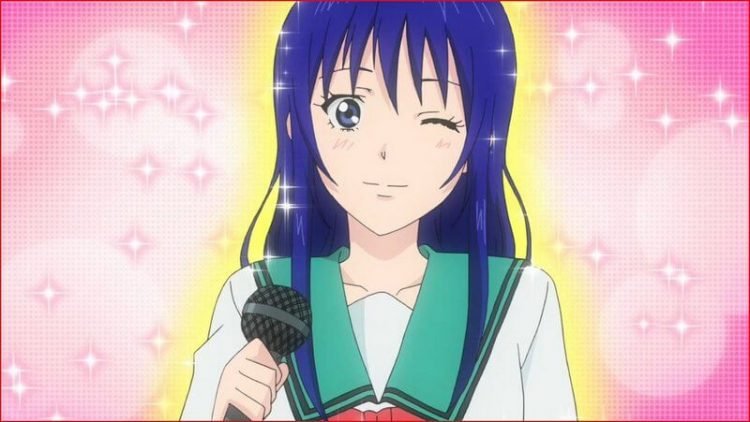 Kokomi is a “perfect” girl. To her classmates, she is a goddess and even has her own fan club dedicated to her. As Saiki is capable of seeing through her fake persona she puts on, she strives to try to get Saiki’s attention. 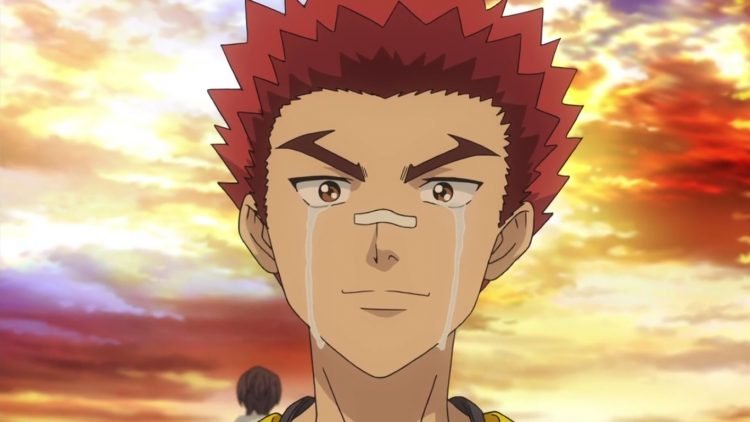 “Kineshi is an overly hot-blooded, energetic, passionate student who enjoys sports and is constantly trying to get other people motivated. He is also Saiki’s class representative, but due to his nature, he is well-trusted by his classmates.” (Character Reference)

There’s really nothing else special to say about Hairo, the description above nails it perfectly. The only thing I really wanted to mention is that he is most likely as loud as Asta from Black Clover. For those who don’t know who Asta is, he’s a character who is always screaming at the top of his lungs. In Black Clover, it’s incredibly annoying, luckily; Hairo isn’t that annoying and is actually entertaining.

The art style in The Disastrous Life of Saiki K. is very well done. Each main character is drawn memorably, and to add to that, they each have unique personalities. Sure, there are way more beautiful animes where their art could be presented in an art museum, Violet Evergarden for instance. Though the style in Saiki K. does do extremely well for the genre. Each moment that is supposed to be comedic is well drawn and animated well, to add, let’s talk about how the sound is incorporated.

The music is well done and helps create the proper atmosphere, whether it be a light-hearted moment or a goofy moment. Now for what I really care about is the OP and Outro. Sadly, neither the OP or Outro are notably good. I find the OP funny due to how it feels more like a romcoms opening. It’s not a bad opening, but just not that incredible. Let’s just say I’ve heard much worse *cough* A.I.C.O.

The outro is a lot more fitting for the anime and is actually quite cute. So props to them for making a decently entertaining outro. I’ll link the outro if you’re interested in checking it out. The songs name is PSI-Desu I LIKE YOU.

I found myself enjoying this anime a ton. Sure, there were episodes and shorts that I despised and found uninteresting, but the majority of them made me at the very least chuckle. The comedy is so ridiculous, and even Saiko understands that everything he goes through is ridiculous. Saiko’s uncaring personality makes up for excellent narration and comedic moments. I found myself enjoying each episode and ended up binge-watching all twenty-four episodes in one night.

There are really no major or minor flaws in this anime. It is an excellent comedy and I highly recommend it if you’re looking for an anime in the comedy genre. I found it to be a breath of fresh air to help break up my constant viewing of more serious animes.

The Disastrous Life of Saiki K.

The Disastrous Life of Saiki K.

A hidden gem of anime comedy. A must watch if you’re looking for solid humor and entertaining characters.