ROCCAT is an up and coming PC accessories company with some interesting ideas. You might remember me interviewing one of their company members back at PAX Aus 2016 where we took a look at the Skeltr, a multimedia based gaming keyboard that allows you to be able to use your tablet or smartphone through the keyboard instead of having to actually touch the extra device.Now thanks to the good folks at ROCCAT‘s Australian branch, I finally have the keyboard in my hands (or under my fingers as it were) and I have to wonder if the keyboard is a marvel of the lazy man’s technology (aka the gamer’s best friend) or is it just a bunch of fancy features that leads nowhere. 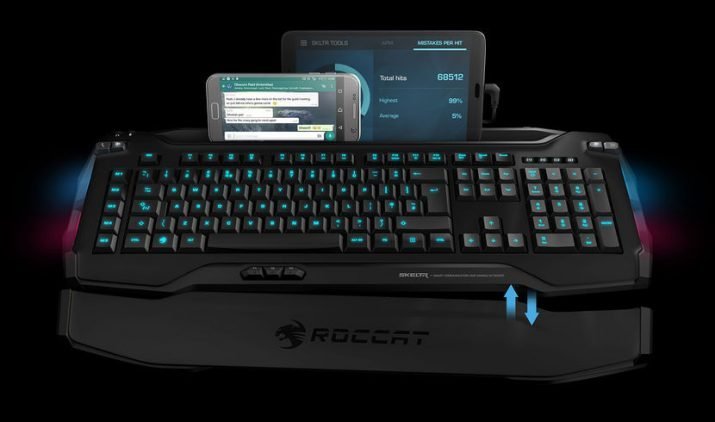 The ROCCAT Skeltr is an interesting piece of technology. As you can see in the picture above there is a lot of keyboard to work with. There’s the standard layout with 5 extra programmable macro keys for games like World of Warcraft, along with 3 extra “thumbster” keys (Keys you can access with your thumb just below the main keyboard. Now this isn’t too unusual with people who are used to keyboards of this type, but the extras is where the ROCCAT Skeltr excels. By putting your tablet or smartphone in the padded section to the top of the keyboard and hook it up to the keyboard by Bluetooth, you can press a button and access things like your text message or answer incoming phone calls without having to pick up the device; it helps if you have your headset hooked up to the keyboard too.

From a viewpoint of someone like my step-father, who is always on the computer doing stuff for his business and also getting about 10 phone calls a day, these features are a godsend. Press one button and the phone is answered and he’s right into talking without having to stop what he is doing on the PC. Another thing that helps is the added wrist rest, which keeps you from getting carpel tunnel syndrome that comes with constant computer use. For me as a gamer, this is an alright idea since I can use the dock to have a movie going right in front of me while also playing Overwatch or something else.

Another thing that you can do with the added device is use the ROCCAT Swarm app on the device. The Swarm app allows you to access the settings of the Skeltr keyboard without having to go into the PC itself. This is a great idea, especially when you’re in the middle of a game and you need to change sensitivity or something in order to improve your gameplay skills. Another app you can use is the Power Grid, which monitors your PC via smartphone or tablet while allowing you to customize commands for many of your favorite games. Again, another good idea from the people at ROCCAT. 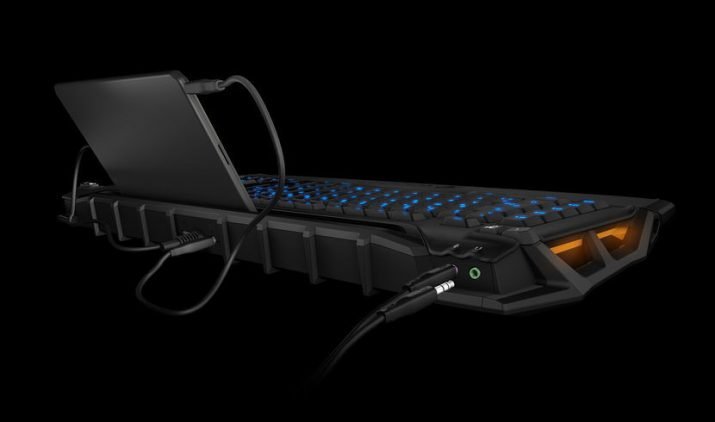 While the ROCCAT Skeltr has a lot of good ideas, there are a couple of fundamental things I had issue with are many. The first thing that really annoyed me was the amount of cables involved in the base keyboard. You have the USB connection for the keyboard, the USB power for the keyboard’s USB port, then a couple of 3mm audio & mic jacks to use the audio. Once you have all that sorted out, you have more wires to connect. You need to use a USB/Micro USB power cable to power your smartphone or tablet, then connect the 3mm headphone jack from the keyboard to the device in order to connect the audio to the keyboard. Finally you plug the headset into the keyboard. What is left is a huge Frankenstein mess of cables that looks very unattractive unless you do a lot of cable management, which can damage the cables involved.

Speaking of the headset jacks, I plugged everything in as intended and when I tried to run audio through my Hyper X Cloud MAV headset, the audio was muted till I pressed and held in the mute button, which ended up having a very low output volume even with the headset and PC volume pushed to maximum. So I removed the mute device from the headset and went direct… No sound at all. Considering this is a key feature of use for answering phone calls, it’s disappointing that there is even more stuffing around needed to get things working correctly.

The final thing is the keyboard itself. The ROCCAT Skeltr uses membrane keys, which while it does feel comfortable when running like crazy in Overwatch, I very quickly missed the precision that only Cherry MX Switches can provide. However this is a personal preference thing rather than the fault of the keyboard itself. I’m sure if I keep using it, I’ll get used to the membrane keys again and the mechanical ones will feel weird to me. 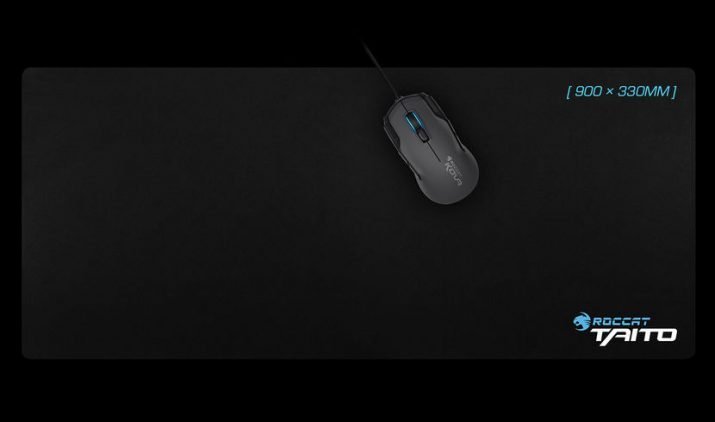 Another thing that was sent out with the ROCCAT Skeltr was the ROCCAT Taito XXL mousepad… HOLY CRAP! You better make sure you have a lot of room for this monster. Luckily I just got a laptop and I used the Taito mousepad on the kitchen table while setting things up. It was smooth and responds well to the mouse I used, probably better than any other mousepad I’ve had before. If it wasn’t for the size of the thing being a lot larger than the desk draw that I currently use with my main set up, I’d be using the Taito every day. Heck, I’m going to upgrade to a larger computer desk and make sure I can use this mousepad to it’s full potential. 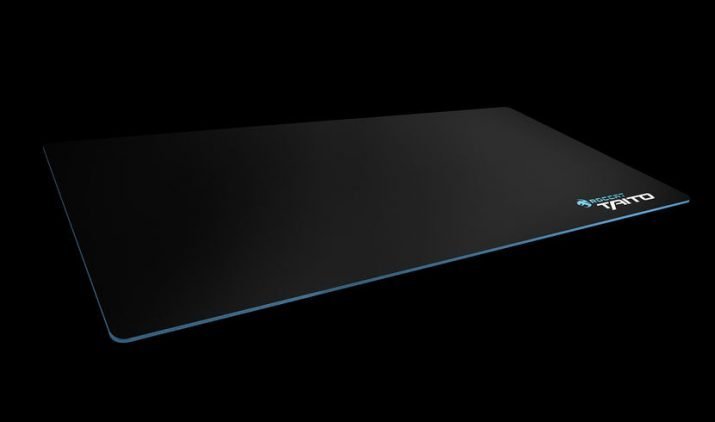 At the end of the day, I’m of two minds with the ROCCAT Skeltr. On one side it’s a great keyboard for the busy and popular computer user or gamer. On the other, there’s a lot of messing around that needs to be done to get things working properly with it. So when it comes to recommending the Skeltr to people, I’d say it all depends on what you need more: Do you need a fast accurate keyboard or do you need something that is going to make your life a little easier for communication and customization. As for the Taito mousepad, go get yourself one. If you can afford the XXL version and have the desk space for it, then that’s the one to go for. But since they are all made the same, any size will do.

ROCCAT is a brand of innovation. They are looking to make the busy PC user or gamers life a lot easier and compact and they’ve done that with the Skeltr thanks to the apps it works with. However it really should be a mechanical keyboard for the better longevity. The ROCCAT Taito mousepad is something that everyone needs to own, it is the best mousepad out there.