Back in June 2021, PlayStation had started accepting sign-ups for the upcoming PlayStation 5 system software beta. At the time, PlayStation was hush on what would be included in this beta, but now the cat is out of the bag, and PS5 owners will be happy to know that the first beta will unlock the internal SSD slot on their consoles. Meaning that once SSD’s that are certified by Sony hit the market, you’ll finally be able to add usable storage to the PS5, adding to the available and lower than expected onboard storage.

In addition to unlocking the SSD slot, the beta will also make several changes to the PS5’s user interface, such as changing the trophy lists orientation and allowing the reorganization of the Control Center.

But the big news is the unlocked SSD slot. Something that anyone who’s owns a PlayStation 5, present company included, has been waiting on. It’s widely known that the onboard storage for the console is the only storage that can be used for PS5 games. And while you can add external storage, you can’t install or play PS5 games off the external storage. Certainly took its time getting this feature out to the public, despite knowing that the available storage opinions for the PS5 were basically null. While Xbox had a solution for the Xbox Series X and S consoles, PS5 owners were forced to wait as soon as they were released.

As for what SSD’s will be available, Seagate has already announced the Seagate FireCuda 530, which is just the right size for the PS5’s SSD slot. The word is that Seagate is already working with Sony to get the FireCuda 530 certified, and it will be a matter of time before that’s announced and available to purchase. Of course, Seagate won’t be the only company releasing M.2 SSD’s for the PS5, and Samsung and others will also be releasing variants of their own. 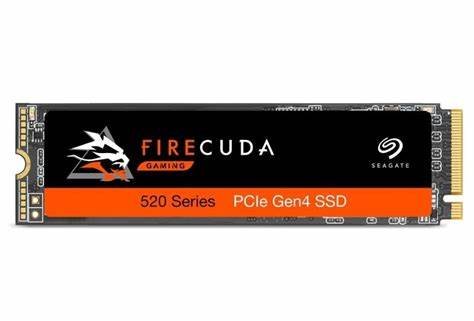 Sony has provided detailed instructions on adding an M.2 SSD to your PS5 and notes that this will only work for those who have access to the PS5 beta. This has yet to be released, nor do we know if anyone has been selected yet. It’s important to make sure that when you’re purchasing an M.2 SSD for your PlayStation 5, that you select a PCIe Gen 4 M.2 NVMe SSD. Otherwise, you run the risk of either the drive not working as intended and could encounter slower than expected sequential read speeds (5,500MB/s or faster). Sure, the newer generation of SSDs are more expensive, and you may want to think about purchasing the cheaper and slower SSD’s, but we don’t recommend it.