Growing up, I loved the Ninja Gaiden games. The three games on the NES were some of the toughest challenges a young kid could face. When I learned that the series was getting rebooted on Xbox as a 3D action game, I was a bit curious. After playing the first game, I was hooked. I got the hurricane packs, even made it amongst the top players during the karma challenge, and replayed that game like there was no tomorrow. The second game was fun, but it was missing that punch and the third game… haha… let’s not go there.

Still, when I heard that there was a collection of the three Xbox games coming out, I had to check it out to see if my mind could go on a bit of a nostalgia trip.

I don’t really want to review the games themselves because these games have existed for quite some time, and there are plenty of reviews on the gameplay, graphics, mechanics, and all of that out there for you to check out. Since this is a collection, I want to review what makes this a collection, the special features that come with it, and the overall extra content you get for your hard-earned money.

I guess this is where the review ends. 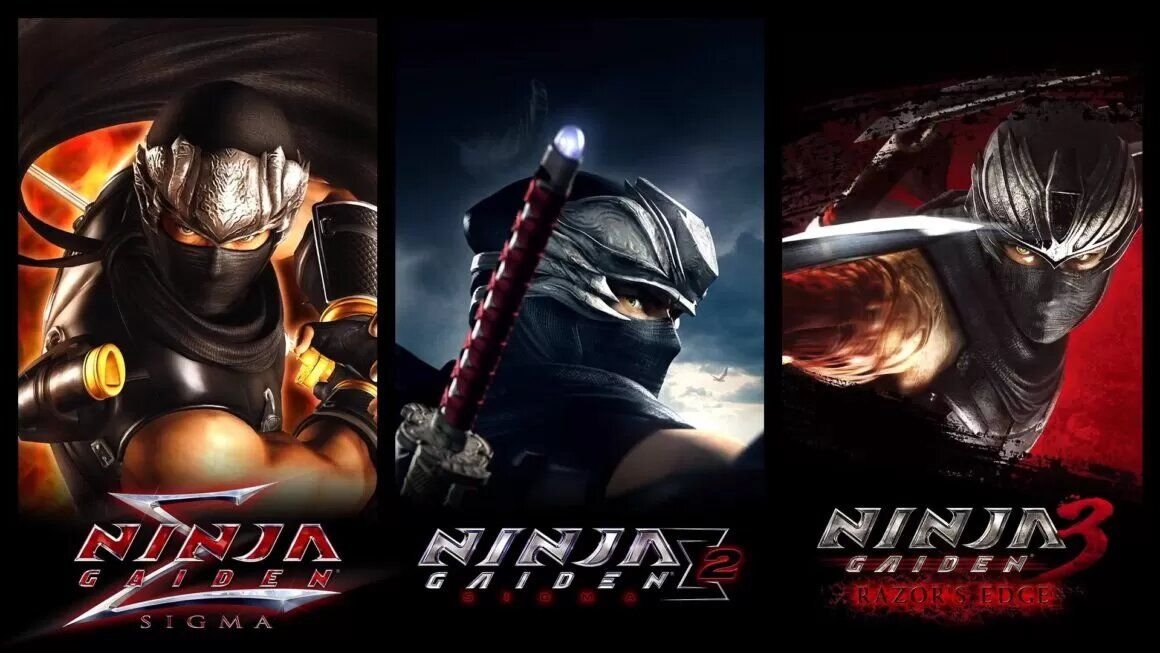 Normally, when you buy a collection, it’s all part of one software package. You would typically get a nice shiny menu, maybe an art gallery, a music player, perhaps a theater with game cutscenes that you might have to unlock, bonus challenges, etc. With Ninja Gaiden Master Collection, you get none of that. You don’t even get everything put together in one software package. You simply get three games that were ported to work on current-gen consoles, and that’s it.

Not even a menu to select what game you want to play.

What you get is the absolute minimal effort a game company could provide when making a collection of games. The other issue stems from the fact that the versions of the games that they give you are possibly the worst versions that could exist.

Now… before you come at me with pitchforks, let me make it CRYSTAL CLEAR. With the exception of Ninja Gaiden 3, the “worst version” of each game does not mean that these are bad games. The original Ninja Gaiden is absolutely legendary, and while Ninja Gaiden 2 is missing some things that make it feel as special as the first, it is still a great game that deserves to be played, and if this is your first time ever experiencing these games for yourself, you are most certainly in for a treat and one of the best gaming experiences you’ll ever have.

There… now remain calm and don’t skewer me… especially with that flaming poker. I’ve seen enough Redo of Healer to know how that ends up.

But even though you should have a great gaming experience, veterans of the series might take issue with the fact that the Sigma versions of the first two games are just not the same as their original versions. Sure, the Sigma versions come with all of the extra goods, like the hurricane packs from the first game, but it also adds in some unwanted missions with a side character (Rachel) nobody cares about and actually removes the original three NES Ninja Gaiden games from the first title which was one of the coolest in-game unlockables at the time.

In the case of the second game, they toned down the enemy density to make the game more accessible for some players… which is fine… but wouldn’t that work better as a difficulty setting rather than forcing newer players and veteran players to play on the same even playing field? What about those who did enjoy the enemy density of the second game’s original version? We are kind of screwed there in that aspect. 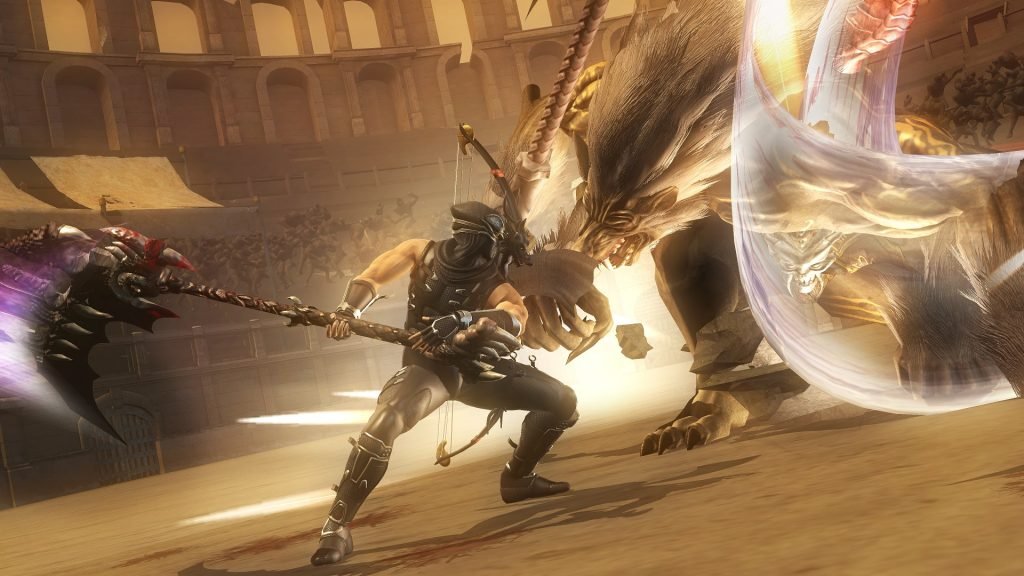 I understand that there were technical limitations with the second game when it came to the PlayStation version, but this is 2021. We have hardware that is capable of handling that. Surely, some effort could have been put in to restore the game back to its original version? I mean, if adding all three games under a single piece of software and giving us a nice interface to select and play them on was too much trouble, I guess reverting a game back to its original form was just asking way too much.

From what I understand, Ninja Gaiden 3: Razor’s Edge was “fixed” from its original version, but I had such a horrible experience with it, I never bothered to give the fixed version a chance to change my opinion. What I LOVED about the first Ninja Gaiden game was the fact that I could just seamlessly perform combos and destroy my enemies in my own creative ways. The game gave me the tools, and it let me execute them however I wanted to. In Ninja Gaiden 3, as soon as I did enough damage to an enemy, a prompt comes up and stops the action, telling me to press a button to execute my opponent!

Who in the hell gave you permission to interrupt my combo and feel-good experience just to tell me how and when I should kill my opponent?

Needless to say, that one thing broke my entire experience, and, as a result, I didn’t even finish the intro stage to the game. It has sat on my shelf ever since launch day, collecting dust just to say that I have all three Xbox games and for no other reason.

I really do believe the Xbox Ninja Gaiden games (sans 3) should be experienced, and if you have $40 and have never played the games before, this should be a nice pick up IF you’re not expecting more bang for your buck. Otherwise, you should probably dust off your old Xbox and/or Xbox 360 and just play the original games (or the Black version of the first game). You’ll probably get a better experience since you won’t have to deal with tedious replays through older stages with unwanted side characters, all while regaining some of the features and extras that made those games so much fun! 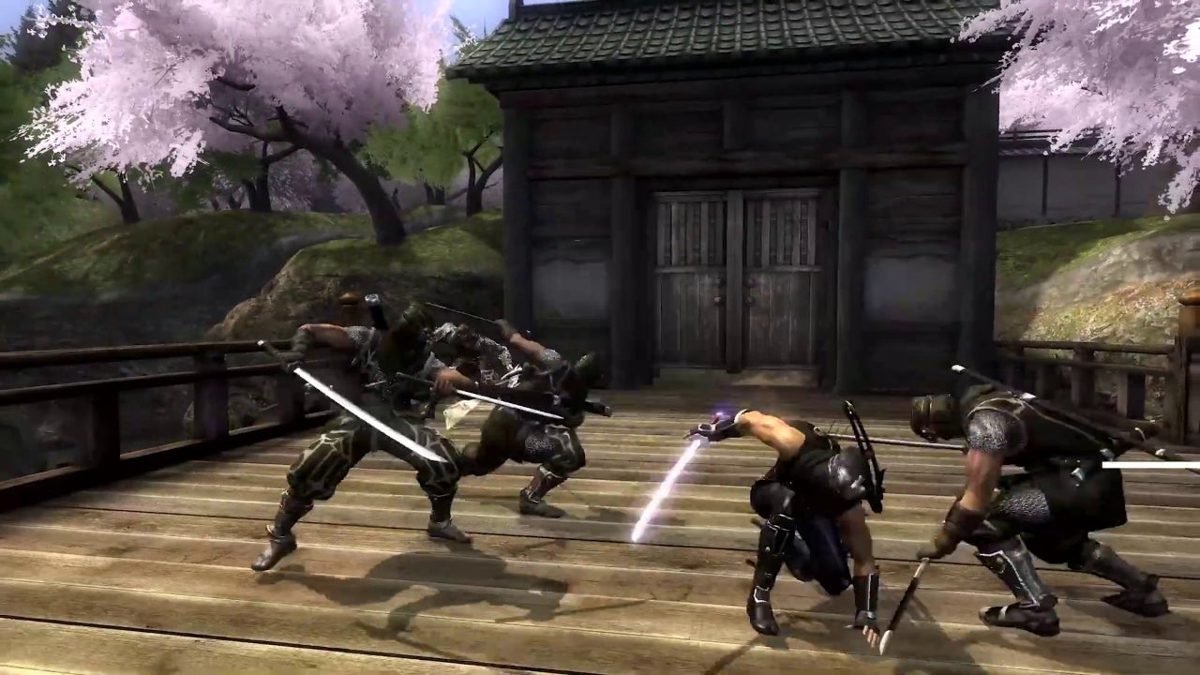 If I were to throw some positives onto the fire, though, the games do run great on the new hardware. Everything is pretty smooth, and the upscaling tech of the Xbox Series X does make the graphics look as good as possible, but we have to remember that these are still older games, and even with enhancements, they are going to look a bit dated, but I’d be lying if I said that they didn’t look good still. While they may not pass as “current-gen,” you can see take some appreciation in the fact that small details are still visible and are looking quite sharp!

Slashing and hacking away at enemies will still feel great, and it is sure to provide you with a great experience without having to worry about any technical snafus. While the difficulty factor was turned down a bit in the Sigma versions, they still provide plenty of challenge, and when (not if) you die, you will realize it was your own fault (unless you’re playing Ninja Gaiden 3, then it’s the fault of the developers for copy spamming rocket launcher enemies in EVERY. DAMN. LEVEL.)

Overall, it’s a decent buy for new players but probably should be a pass for veterans unless they are completionists and need to have this game in their collection.

Review Disclosure Statement: Ninja Gaiden Master Collection was provided by Koei Tecmo for review purposes. For more information on how we review video games and other media/technology, please review our Review Guideline/Scoring Policy for more info.

My opinion is but one on our website. My colleague Karl Smart did a video review of this title which can be found on The Outerhaven’s YouTube channel or by clicking and watching it below:

Ninja Gaiden Master Collection is simply three individual games on the console of your choice. If you’re expecting extras here, you’re not going to get them. Still, it shouldn’t deter a gamer looking for an amazing action experience. The first game is PACKED with enough action to provide for one hell of an amazing gaming experience. While the second game falls short of the first, it is still a phenomenal title that deserves to be experienced. There is no Ninja Gaiden 3… even if something called that downloads with the other two games. If you dare, try at your own risk.

Sigma 2 had nothing to do with “making it more accessible for “newer” players…..Sigma 2 was first of BALANCED, because even Itagaki in interviews stated that NO he didn’t really make an effort to balance the game…The blood he also stated was blood for the sake of blood, which is probably why Ninja Gaiden 2 ran like trash into slide show territory…..

There was nothing of value lost in using Sigma and Sigma 2. Sigma is literally black and it could be argued that “nobody cares about NES roms” that were a pain to unlock much like your nobody cares about the Rachel missions….

And as someone who played through Ninja Gaiden 2 6 times and Sigma 2 6 times, its just a FACT that Sigma 2 ran amazing compared to Ninja Gaiden 2 slide shows and Sigma 2 looked better…Nothing of value is lost in “toning down blood” when the idiot who made it stated blood for the sake of blood, just because he could….The worm boss was trash, the water dragon and having to run around the water constantly was trash and some of the extra stuff in Sigma 2 was great….