Now that E3 2021 has come and gone, we received more information on Fromsoftware’s Elden Ring than expected. This is great news for me, an avid Soulsborne fan and perhaps a person who is possibly obsessed with all this Fromsoftware. We’ll talk about that at another time. I want to talk about the length of Elden Ring, which looks to be quite longer than I originally expected.

In an interview with Famitsu, the Dark Souls/Demon’s Soul/Bloodborne games father, Hidetaka Miyazaki, provided some interesting tidbits regarding Elden Ring. During this session, but one thing stood out for me. That being the length of the game. I was expecting this to be just as long or maybe a little longer than how long it takes for me to complete a session of Dark Souls. On average, it takes ME around 15 hours to run through Dark Souls 3 and all of the expansions if I’m playing from bringing to end and not doing any co-op or PVP. Granted, it took a lot of playthroughs to get my total playthrough times that low. So as you can imagine, I was dreading that Elden Ring would take initially take anywhere from 15-20 hours. With sequential playthroughs being much shorter.

Thankfully, that isn’t the case, as Miyazaki pointed out that Elden Ring could take anywhere from 30 hours to complete. Following up with that, he states he isn’t sure about the total length, and for a good reason. Elden Ring is being designed as a massively larger game than anything we’ve seen in Dark Souls. More depth, larger areas, and lots more stuff to keep us busy.

Hmm, this is a bad question (laughs). I’m playing without much of a stop and thinking about 30 hours, but to be honest I still don’t know. It is intended to be a direction where the spread from play that does not stop, the depth is very large.

Adding to that, more details have come to light during E3 2021 that could influence the game’s total length. In a recent video from VaatiVidya, it was mentioned that some bosses in Elden Ring could be skipped completely. Unlike the optional bosses in Dark Souls 3, we’re talking about bosses that you can decide to bypass. How this plays out regarding the story, and ultimately the endgame isn’t known yet. Besides, do you really want to skip those wonderful bosses? Dying over and over as you resist the urge to smash your costly controller into the ground or wall?

Well, I suppose some of us will like that. But not me. Bring on the PAIN! 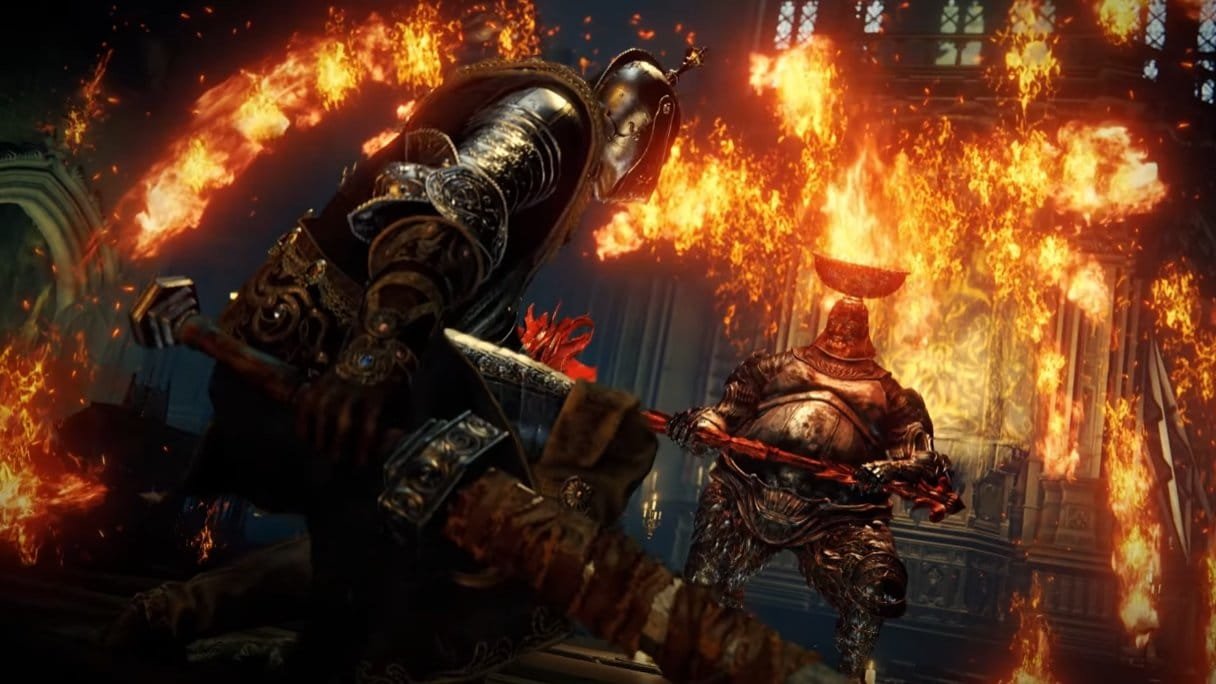 Don’t forget about having access to a horse that will be used to travel throughout the world. Given that travel adds to the playthrough, this will definitely be a larger game than anything we’ve played from Fromsoftware. I’m all for that, as I’ve been salivating for Elden Ring ever since it was announced. The longer it takes for me to complete it, the better. I’m sure once I finally beat it, I’ll drop my total playtime, but at least we know that from the start, Elden Ring is going to be a much longer game than the prior Fromsoftware games. Which is fine by me, and I can’t wait to get lost in this game when it finally gets released.

Elden Ring is currently in development for the PlayStation 4, PlayStation 5, Xbox One, Xbox Series X|S, and PC. Currently, the game has a release date of January 22, 2022, and I’m hoping it doesn’t end up being delayed.

Good write up but the release date is wrong. 2022

Thanks and I blame being completely out of it for that typo. Or maybe I just want the game now.