McFarlane Toys announced a brand-new line of 5″ action figures based on the popular anime series My Hero Academia (Boku no Hero Academia)! The line will feature popular characters such as All Might, Katsuki Bakugo, and Izuku “Deku” Midoriya! 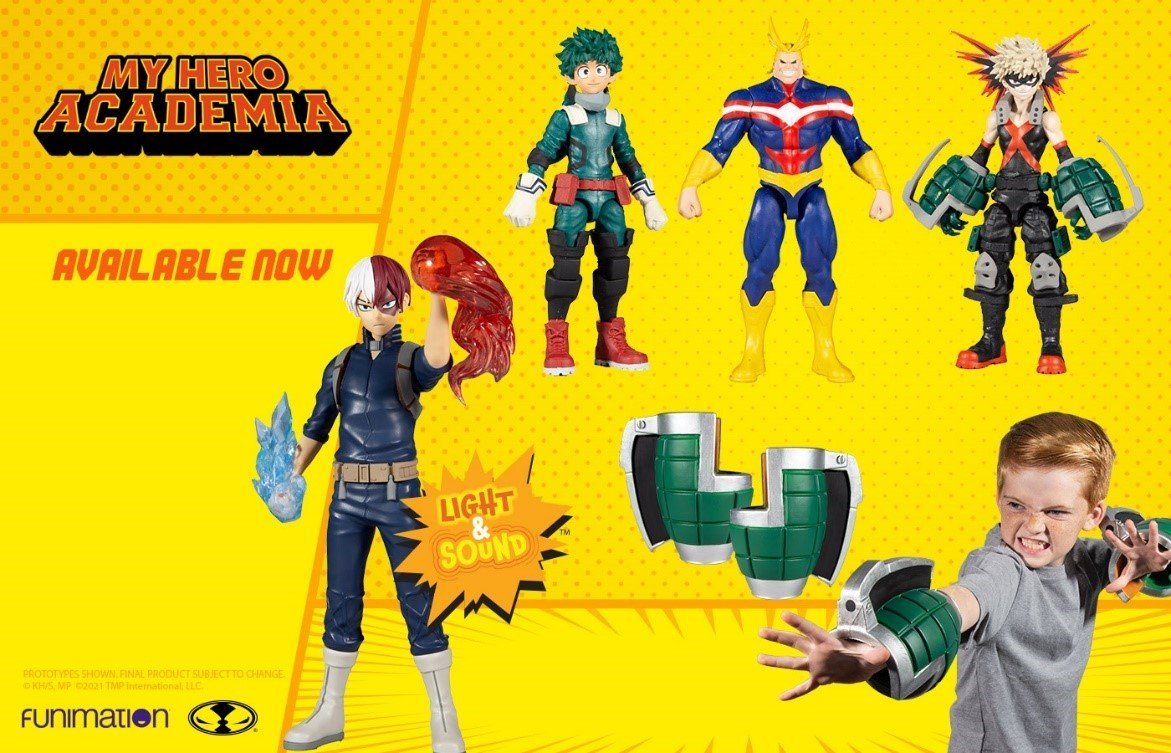 The action figures can be picked up at Walmart, Amazon.com, GameStop, Best Buy, and Target starting this May! The suggested retail price for each figure is just $9.99, which makes these figures highly affordable for collectors and My Hero Academia fans!

For the Shoto Todoroki fans, McFarlane Toys also announced a 12″ figure that also comes with light and sound! Pressing Todoroki’s belt buckle will cause the fire and ice in his hands to light up. In addition, it will play authentic fire and ice sound clips directly from the television anime!

The Todoroki figure sells for $19.99 and is available right now at Walmart! 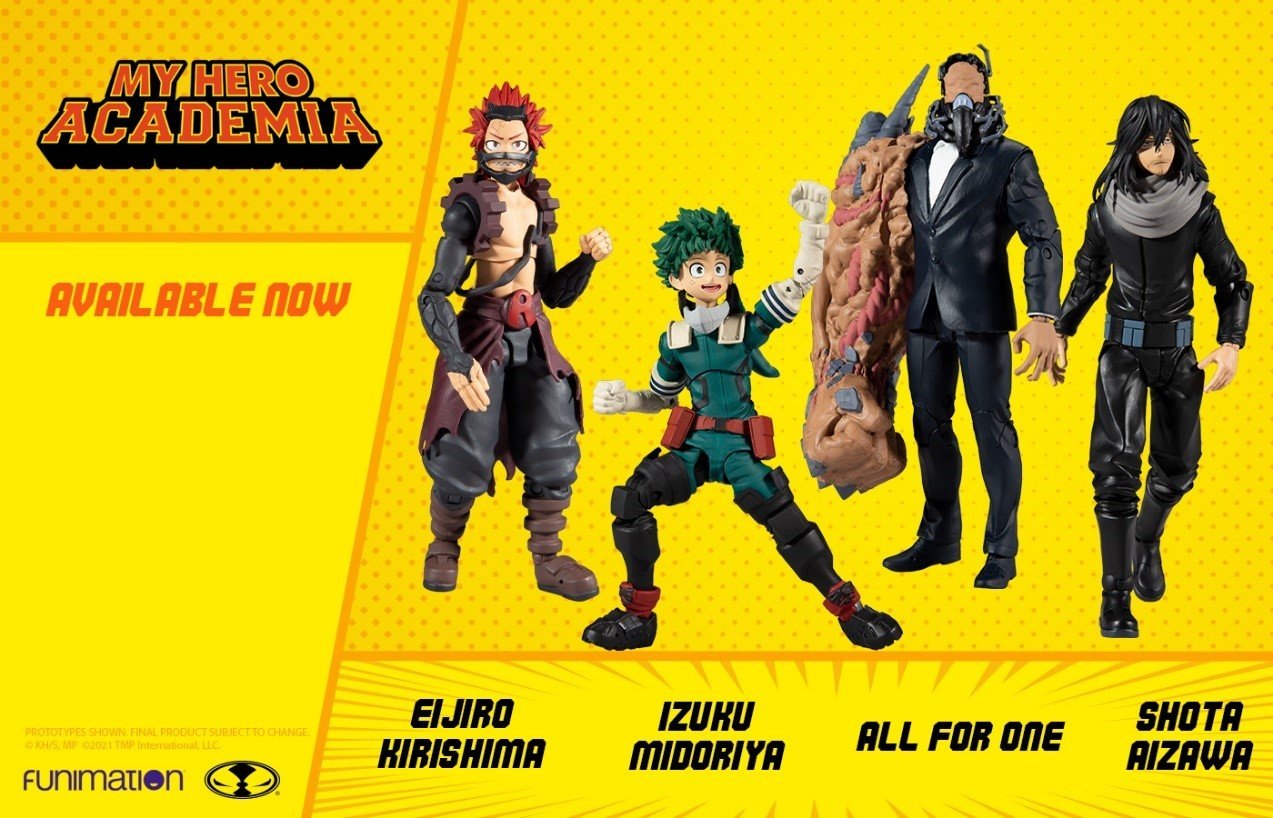 Another line of figures, these being 7″ tall, were also announced for characters All for One, Shoto Aizawa, Deku, and Eijiro Kirishima! These figures are incredibly details and have 22 moving parts, giving them amazing articulation! Each figure will also come with character-specific accessories!

These figures retail at $19.99 and are available at Walmart 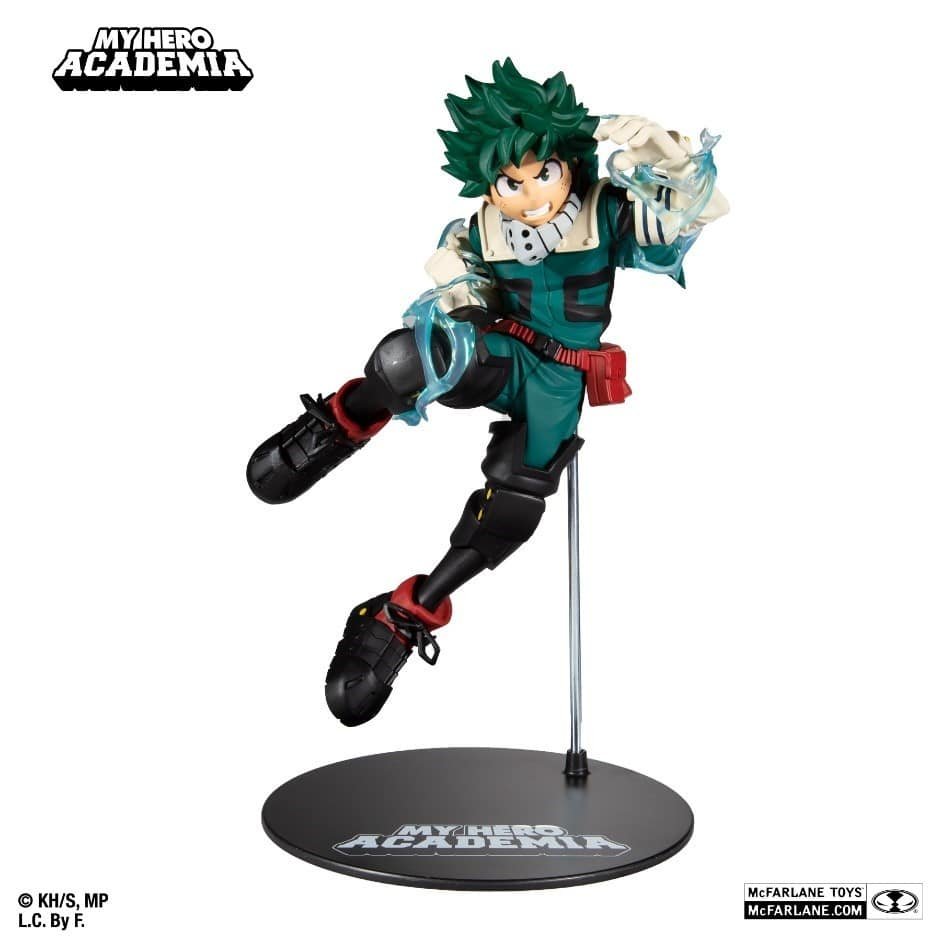 Deku takes center stage in the last of the new figures announced. This 12″ deluxe figure features his iconic Shoot Style attack form while being wrapped in lightning from his One for All quirk! The highly-detailed figure shows off Deku’s upgraded gamma suit from the television anime that includes his improved bracers and iron-soled shoes.

The figure retails for $39.99 and is available now at Target, Amazon.com, fye, and GameStop!

Lastly, for cosplayers, they have also announced foam replicas of Katsuki Bakugo’s Grenadier Bracers! They easily slide onto your wrists and can help you complete your Bakugo cosplay. The bracers retail for $19.99 and are available now at Walmart!