WandaVision grew into its dark yet zany identity this week, delivering an excellent 26 minute episode that thrived by seamlessly bouncing between its two rapidly converging identities. “Now in Color” spends most of its time masquerading as a ‘60s-70s sitcom, but its most impactful moments come when Wanda hears the name “Ultron” and unleashes the vengeful sorceress within on a terrified Geraldine. 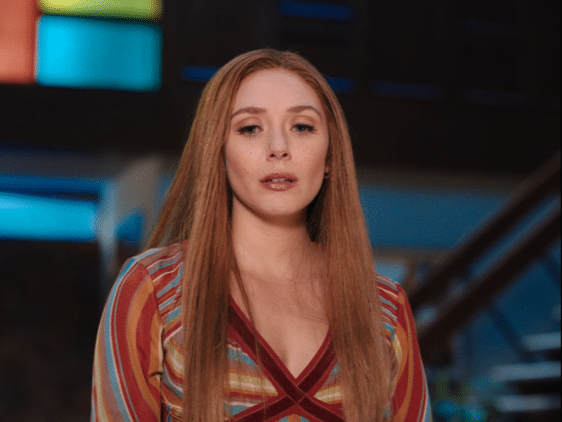 A top notch performance from Elizabeth Olsen maximizes the tension that oozes from that final scene. Her vacant stare as she sings a Sokovian hymn to her new twins sends chills down my spine, the score as tense as the moment. Wanda was doing a great job of masking her trauma until she mentioned her fallen brother Pietro, but it poured from her eyes in that moment. I don’t think anyone will confuse Geraldine for an empath any time soon. Her “poke the wound” strategy was SUPER sus. I would have thrown her out of the matrix too.

It was a thrilling climax but not my favorite part of the episode. Paul Bettany’s Vision felt like the clear Robin to Wanda’s Batman in the first two episodes, but he stole the show this week. Bettany thrived as the normal sitcom husband, delivering his lines with the perfect blend of speed and intelligence. He was like Vince Vaughn in his “Wedding Crashers” prime if you bumped his IQ a few dozen points.

The name debate scene had me rolling. When he pretends to ponder Wanda’s Tommy suggestion, the way he cocks his head and says, “But then there’s Billy, isn’t there?” is electric. I understand that the name of your first child is probably something that warrants debate, but the argument should have ended after he laid out the case (Billy, after William Shakespeare. “All the world’s a stage. All the men and women merely players.”). Vision may not be human, but Bettany’s facial expressions make him feel like the realest person in Westview. I don’t remember seeing this side of the character in the movies, and you can tell Bettany is enjoying the new spin on the role. 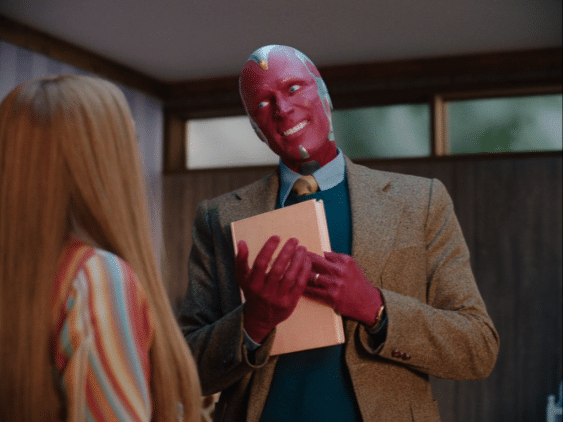 “Now in Color” was packed with the character moments I felt were missing from “Don’t Touch that Dial.” The smaller cast of characters kept the focus squarely on the two Avengers, which made the proceedings concise, but I wouldn’t mind a few more neighbor moments. They’re all fun when called upon. The expressionless Phil had just one line this week, but when the power went out as his wife asked if her earrings made her look fat, his “Oh, thank god” hit the mark. I can’t explain it, but I have big love for Herb too. The dap up between him and Vision during the catchy intro sequence makes me laugh every time.

If there’s one weakness to WandaVision, it’s pacing within an episode. “Now in Color” drags a bit in the middle. I was shocked when I scrolled through the episode and saw that Wanda goes into labor at the 11-minute mark. This is terribly unscientific, but the 15 minutes that followed went by so much quicker. It felt like the story got stuck in its sitcom gear a bit too long this week, especially because the dark MCU thread was so rewarding when its payoffs came.

The episode ends by painting Wanda as a deranged antagonist, and as fun, as that idea could be, I expect the twists will continue. Westview reminds me of Fallout 3’s Tranquility Lane, and that connection has me very suspicious of its other residents. Kathryn Hahn’s Agnes is one to keep an eye on. 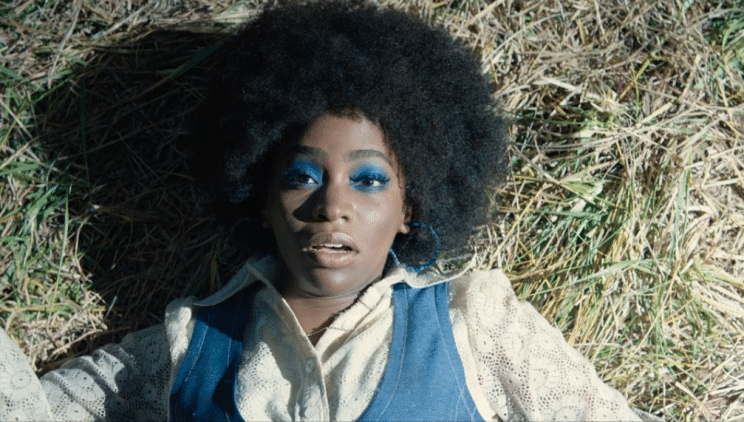 MVP: Vision. Paul Bettany elevated every moment of screen time with his best MCU performance yet. And he’s absolutely right: Billy is a much better name than Tommy.

MVN (Most Valuable Neighbor): Herb. The dude is awkward, but he plays into the sitcom bit with such fervor. I just love him. He’s also the odds on favorite to drop a major plot reveal when you least expect it, and that’s a bonus. 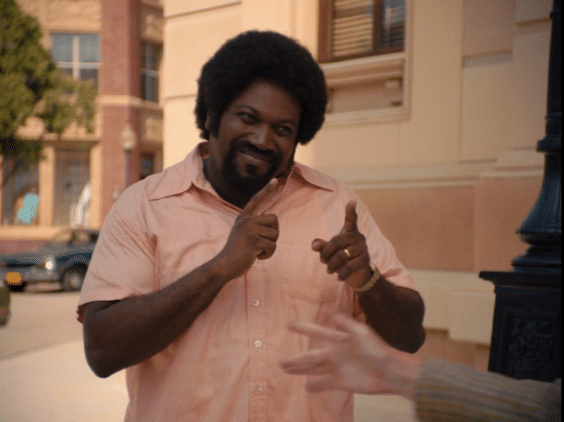 Goofus Award for Incompetence: S.W.O.R.D. Why on earth did Geraldine think it was a good idea to go undercover in Wanda’s twisted reality wearing a conspicuous necklace that screams “I AM A SECRET AGENT!” Her boss didn’t think to tell her, “Yeah, maybe you should take that off?” It’s an unbelievable display of hubris and incompetence that predictably resulted in her exile. I blame the agency. A gaffe like that is the result of poor leadership.

Rate the Intro: 9/10. The song was fantastic and the clips joyous. It made me nostalgic for a time when I thought the world was a magical place where good things happen to good people. That made me sad, but it actually works really well with the story! I even loved the font for the title card. Last week’s animated opening was tough to beat, but I think this edged it out.