This is how you do an in-game event. I hope you’re taking notes.

If you’re here to see the in-game event, it’s located at the end of this post. Click here to go there.

The end is near, and Galactus has arrived in the world of Fortnite. The Devourer of Worlds is here, and according to Iron-Man, who swoops in to save our character, he’s after the Zero Point. An object that arrived in Fortnite during Chapter One and was eventually discovered in Loot Lake. Sure enough, the big guy gets his hands on it, and the combined efforts of Iron-Man, Thor, Wolverine, and yourself make sure the end of the world doesn’t happen. 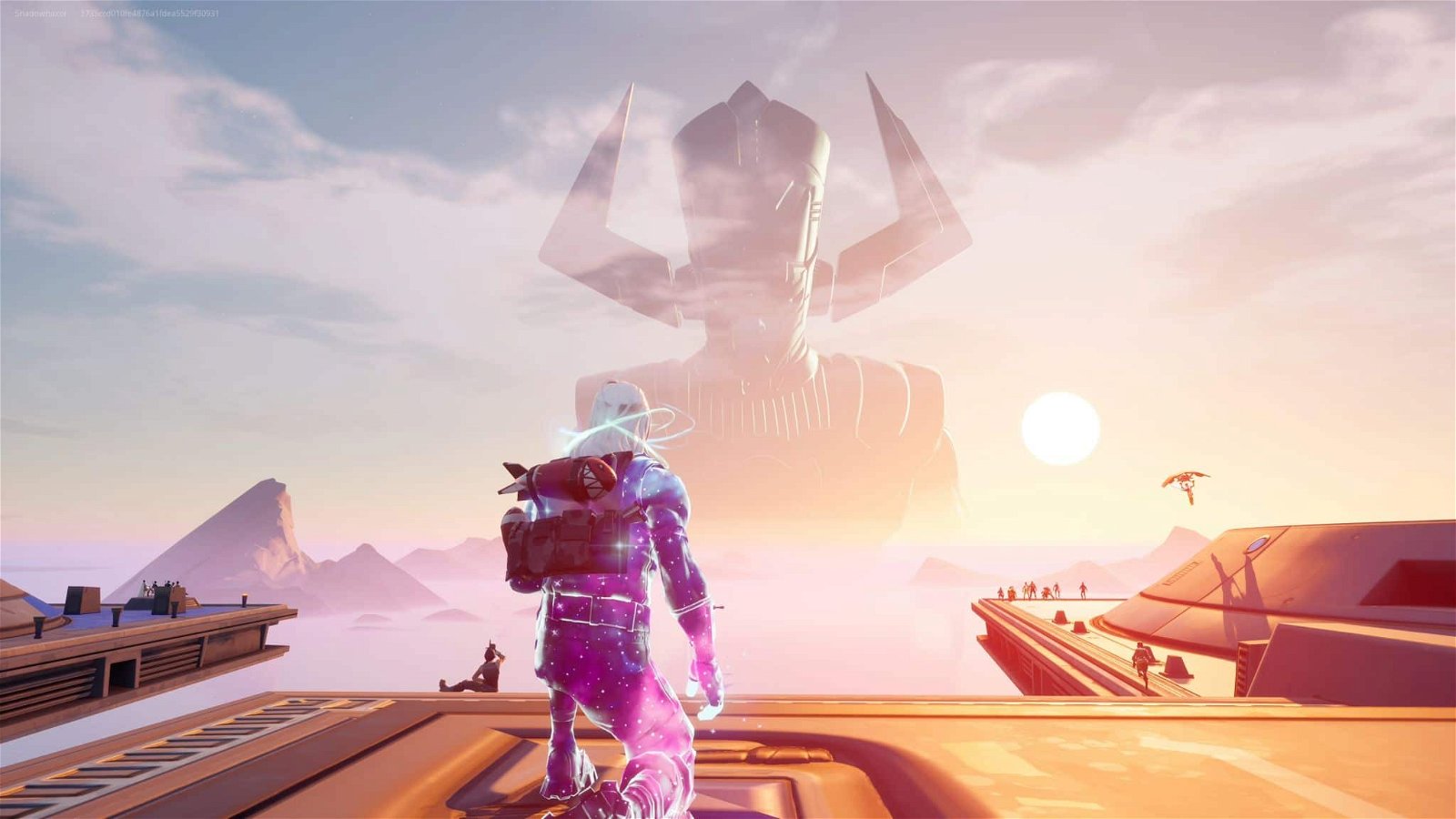 Yes, that skin is from the Samsung Galaxy Note 9 offer – my son added it.

Here’s where you come in, as Iron-Man at first provides the player with a jetpack, but eventually does some Tony Stark techno-magic and creates multiple versions of a now weaponized battle bus. That is also a bomb, hundreds of bombs actually, with the plan of blowing up Galactus and reverting the current situation. It’s a plot straight out of the comics. This is where it gets fun, as you take control of the battle bus and are tasked with shooting down drones that Galactus has sent out to destroy the battle buses. Players can then use the weaponized battle buses to shoot down the drones and are taken up Galactus’s arm and fly through a trench, just like Luke Skywalker did in ‘Star Wars: A New Hope.’ I really enjoyed that. 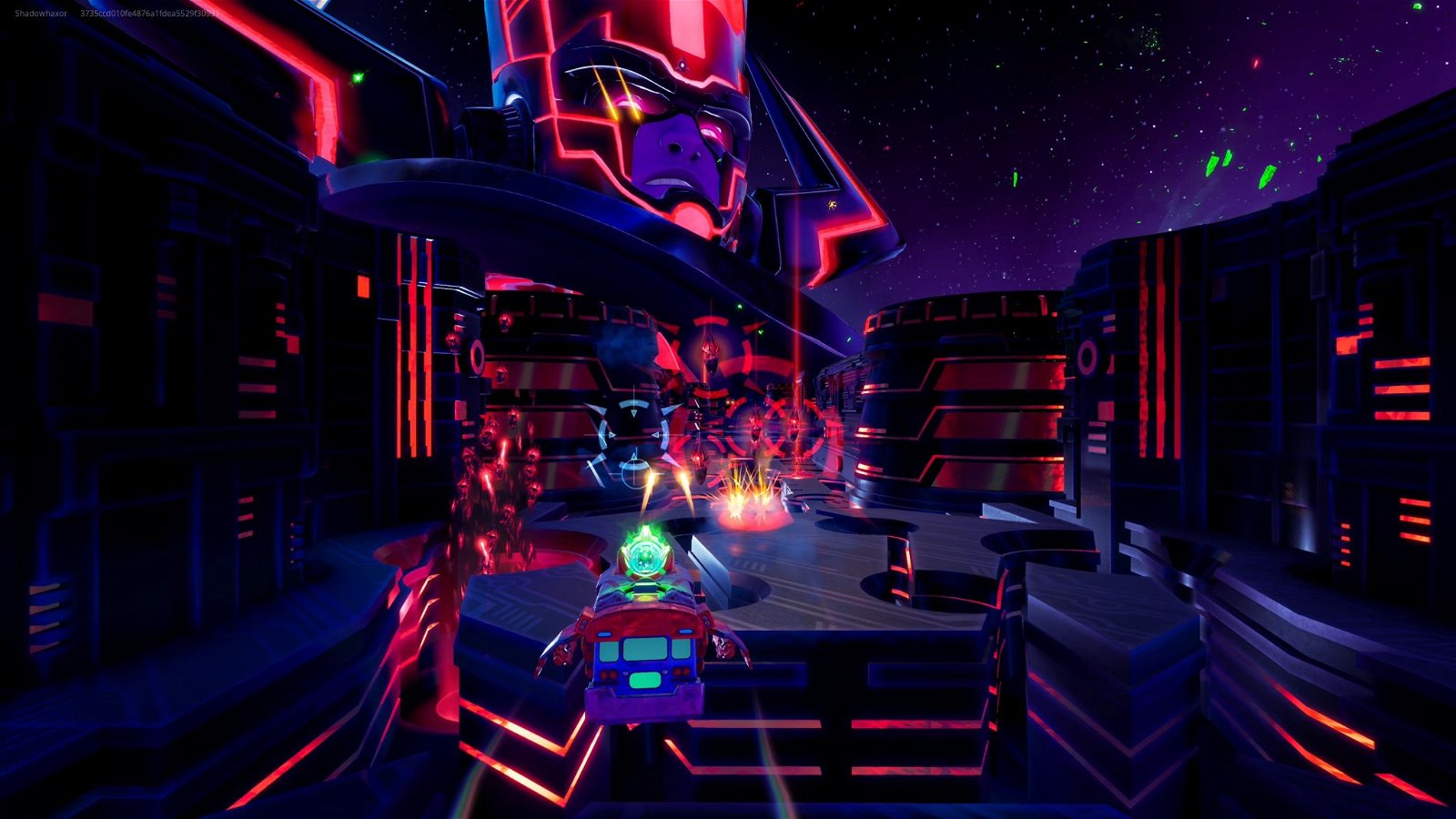 Afterward, we’re treated to a cinema that shows the fruits of our labor. In the end, Galactus gets pissed, then seemingly blows up. We did it! We saved reality, or did we? 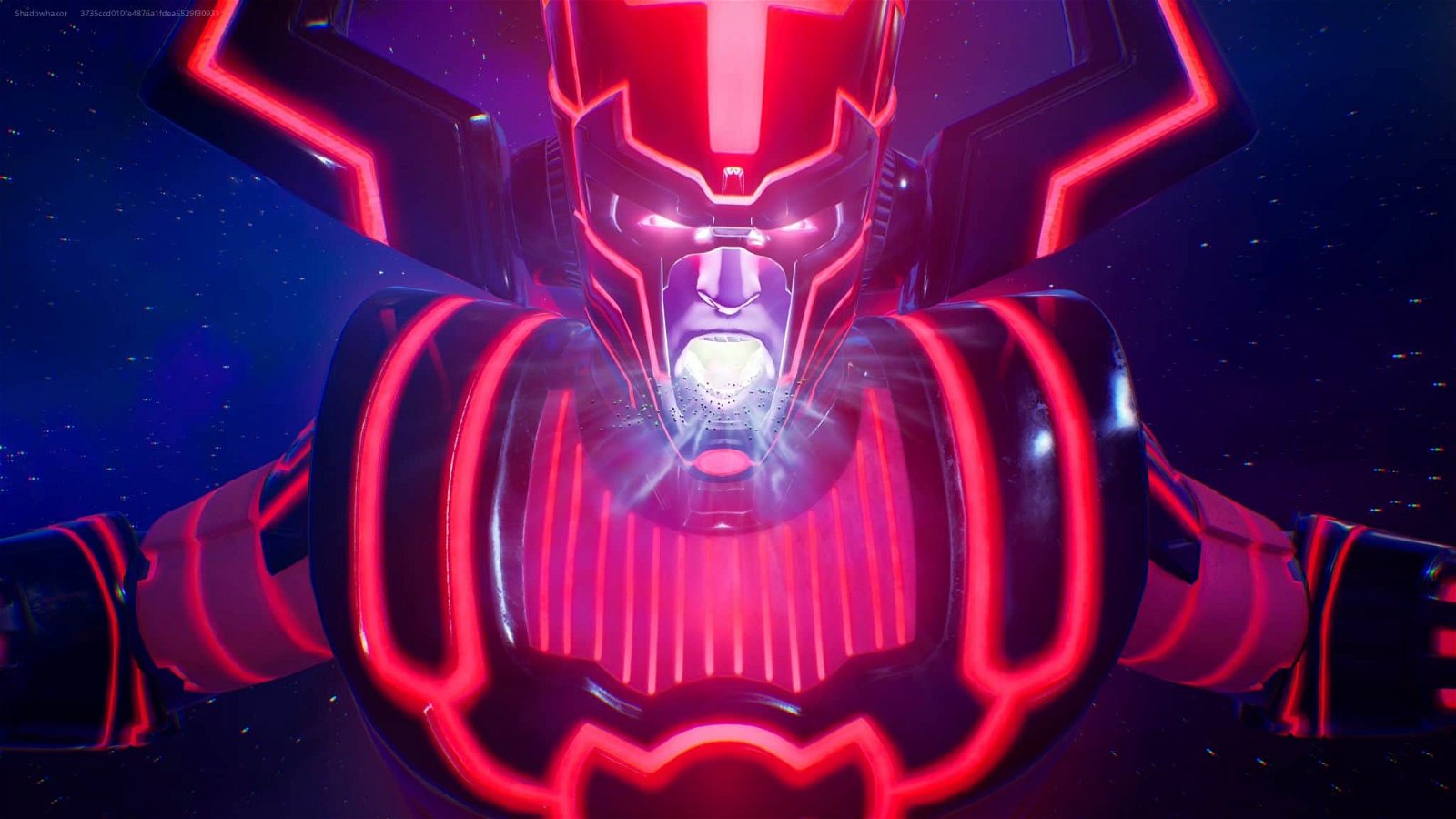 The conclusion to this event was finding a Fortnite character, Agent Jonesy, lying on the floor, which looks to be passed out. Only to be awoken suddenly by the ringing of a phone, the character’s face springs alive, and the screen fades to black—sort of like ‘Back to the Future’ style. 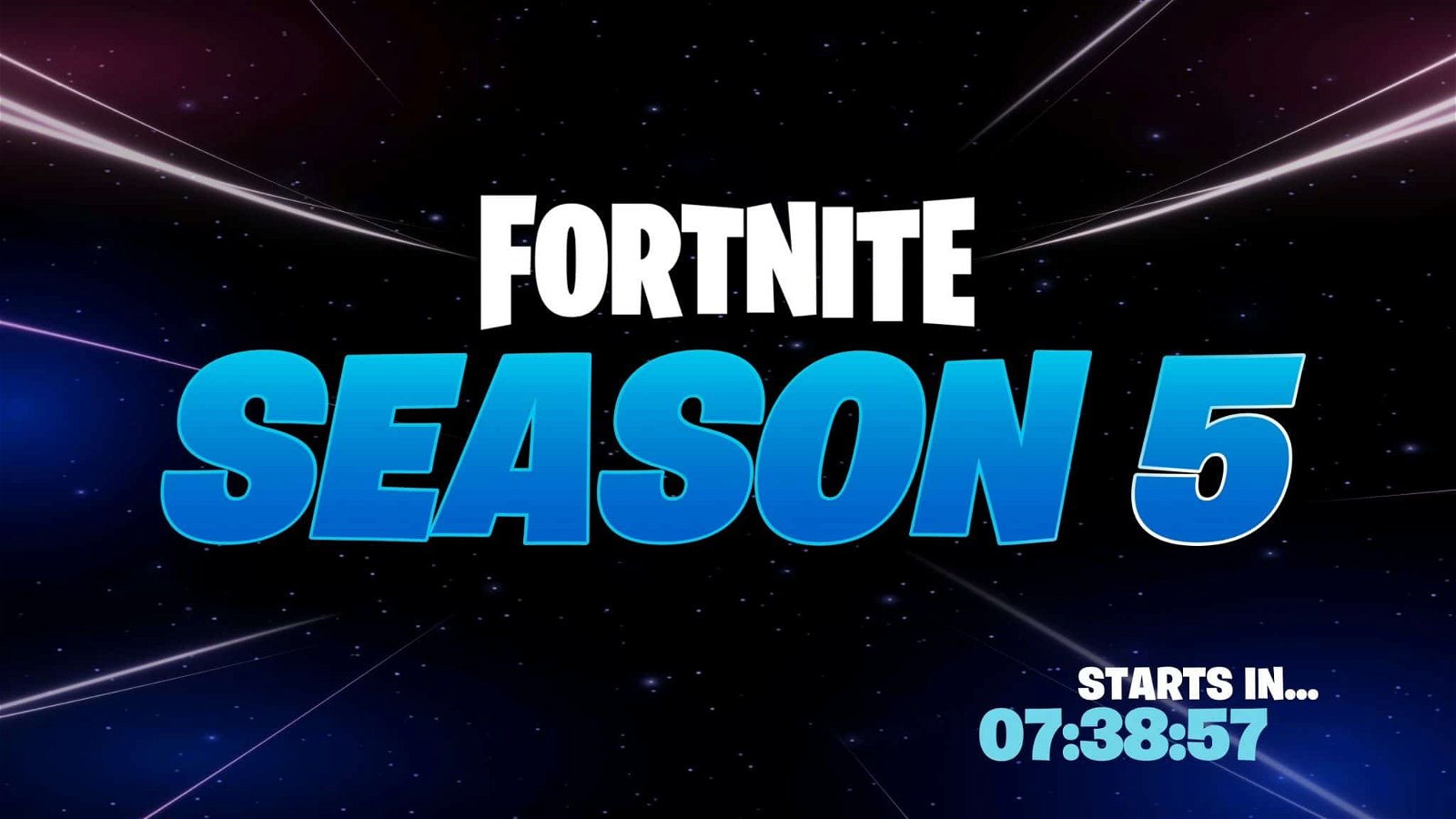 As far as in-game events go, and being someone who isn’t a fan of Fortnite, it was mildly amusing. It wasn’t enough to get me playing the game regularly, but it did show me that Epic Games has made massive strides from its first in-game event up until now. I’ll be sure to turn in to other Fortnite in-game events, and who knows. However, due to this in-game end, Chapter 2 Season 4 is now over, so logging into the game will only take players to a countdown.

As for Chapter 2 Season 5, who knows that the theme will be this time, but we’ll all find out 8 hours from now… assuming you’re reading this before the new season kicks off.

In case you missed the in-game event, we’ve recorded it from start to finish for your viewing pleasure. Enjoy!