Supernatural finally coming to a close after 15 seasons is truly the end of an era. It is hard to imagine what the final episode will bring us, though I don’t think anyone could have imagined the potential canonicity of Destiel (one-sided, it seems) in the run-up to it. Will the story of Dean and Sam Winchester end happily, or are they doomed to face more tragedy? With just a few days left to go, Sara and Todd are here to wax poetic about their favorite episodes of Supernatural, in case you want to go back to some of the best of the best before it all goes dark on November 19. 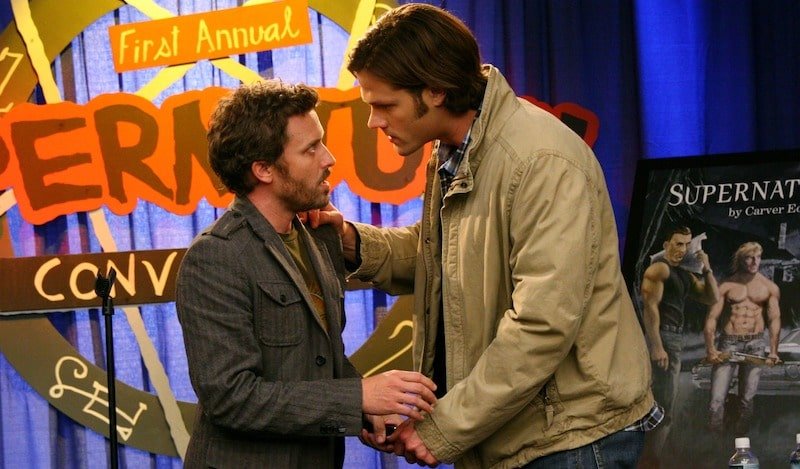 I’m a sucker for meta, it’s true. And nothing gets more meta than having to LARP as yourself while surrounded by people who are pretending to be you. Oh, and you also have to solve the mystery of a murderous apparition. Normal Tuesday night for Sam and Dean Winchester.

In the series, there is a book series that chronicles the adventures of the Winchesters that is also called Supernatural, written by a “prophet” named Chuck. It pops up several times in the canon of the show, and in this episode, we get to see the very first Supernatural convention, filled with tons of cosplayers roleplaying through a mystery. Meanwhile, the property they’re hosting it in is haunted, with people mysteriously being attacked by the school marm…or so it would seem. Things get twisty, and with the help of some new “friends”, they’re able to save the day.

This episode has some loving commentary about the state of the fandom, including Wincest, fan theories, and even canonicity. Sam and Dean are obviously not pleased at all with Chuck, who continues to basically benefit from their misery and suffering, but hey, that’s showbiz. Honestly, “The Real Ghostbusters” had me in stitches the whole time, and remains one of my go-to episodes when I’m feeling nostalgic. 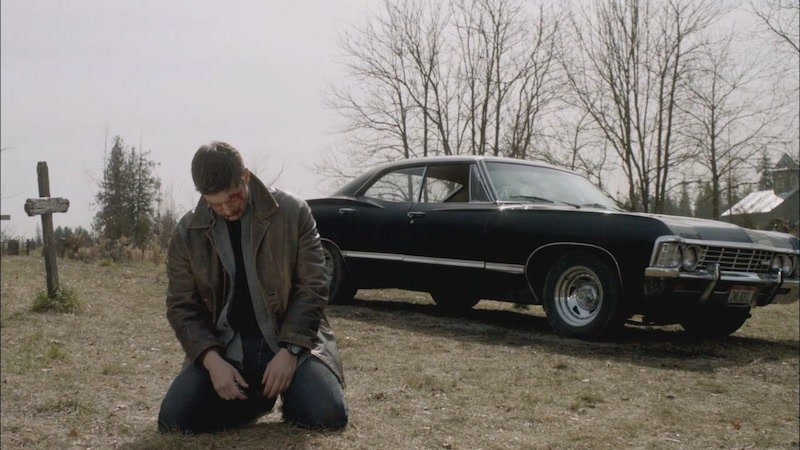 Oh man, what a season finale “Swan Song” was. It has everything: an emotional narration, the satisfying yet devastating ending to a major plotline, huge fights, sacrifices, and fans sobbing uncontrollably.

The end of the world is upon us and, as always, it’s up to Sam and Dean to save the day or die trying. If you’ve watched the show enough, you know they end up doing a lot of both. This time around, it’s the final showdown between the archangel Michael and Lucifer, who are inhabiting the bodies of Adam and Sam respectively. Now, of course, nothing goes as planned and all Hell breaks loose…figuratively, at least. There was a lot of pressure on this major plot line to wrap up smoothly, and for the most part it did. I would have been satisfied if it ended here, but there were still ten seasons left to go.

For me, what really secures this as a best episode for me is the narration of Chuck. His speech about the history of Dean’s Impala is masterful, and still brings a tear to my eye whenever I think about it. Not to mention the ultimate surprise ending for that character (albeit it not really an ending as it turns out).

Dark Side of the Moon 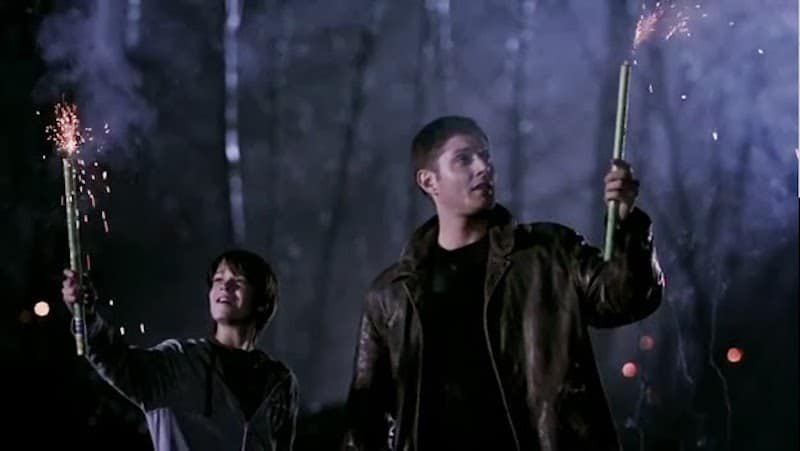 Every show has its own version of Heaven, and with all the deaths that happen on Supernatural on top of all the angels flying around, we were bound to get a glimpse sometime. Dean and Sam die (again) and this time, end of up in Heaven, where they relive some of their best memories. But once they realize what’s happening, they try to head to the garden at the center where Joshua can be found. See, Joshua is one of the few angels God still speaks to and the Winchesters need to let God know that the end is coming.

What I really love about “Dark Side of the Moon” is the interactions between Sam and Dean. They come to view events very differently, with a lot of Sam’s happy memories revolving around getting away from his family, while all of Dean’s involve spending time with them. It really highlights just how different they are, but also ultimately how much they do love each other and support one another. We also get to see some familiar faces and grapple with the larger implications of the plot line.

The ending is, of course, the biggest winner for me. While we don’t get to see much of Joshua, I really liked his portrayal as a gardener and confidant of God, who tells the Winchesters how it really is. There’s no happy ending this time, just the stark realization that they are alone, even when they’ve got each other. 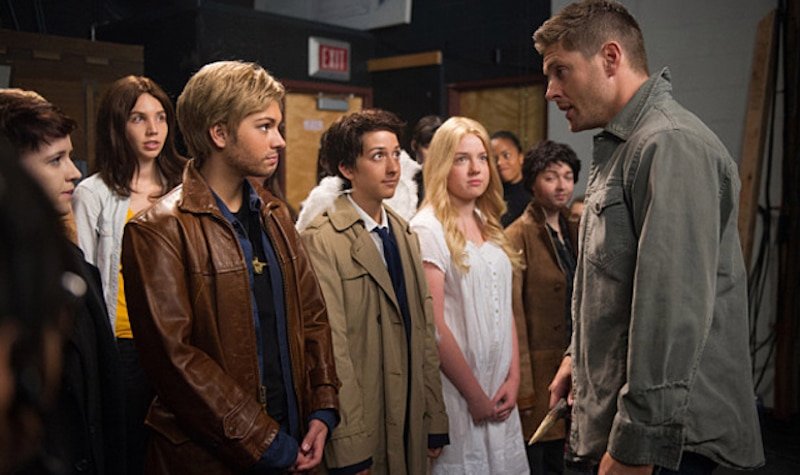 I love musical episodes. I will not apologize for that. And in the spirit of good musical episodes, this isn’t just some jukebox musical where they just sing already popular song (no offense The Magicians but it’s lazy). As we’ve seen, Supernatural is a popular series within the series, because we can always use more meta. Dean and Sam end up stumbling into a school where they are putting on an original musical based on the Supernatural books.

“Fan Fiction” starts with the mysterious disappearance of a high school teacher who was overseeing the musical. Sam and Dean come in to investigate, slightly unnerved by the production being put on by the kids. The monster, this week being the muse Calliope, is pretty so-so. Honestly, it’s only the in-jokes and the uptightness of the stage manager and director who save this episode.

And yes, there are only three original songs plus a cover of Carry On Wayward Son and neither of the leads sing BUT I still think that as a gimmick for the 200th episode, it’s pretty great. Plus, seeing teen girls dressed as our favorite guys is just so adorable. 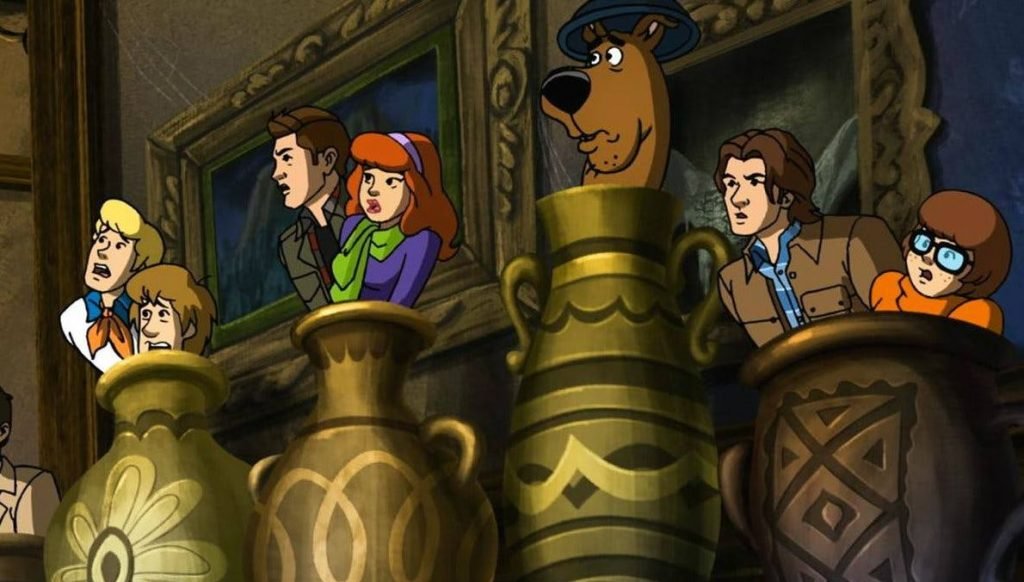 Look, when you have a show going on for 13 seasons, you need to shake things up! And what better way for the longest-running show about ghosts and such (look it up, it is) in history than to team up with the “meddling kids” who kicked off this kind of thing decades before?

“Scoobynatural” is a love letter to the Scooby franchise as well as tying into the history of Supernatural believe it or not. Dean is in love with everything that’s going on when they get pulled into the Scooby-Doo world, and Sam…not so much, not at first anyway. As they try and live out a classic episode, things go predictably wrong, and now the Wayward Brothers must help the Scooby Gang save the day.

Just the animation alone is worthy of being on this list. But then when you add in all the references to Scooby-Doo and Supernatural lore, all the crossover madness that comes with Supernatural’s world being in the Scooby World (swearing, blood, mental breakdowns), it’s a wild ride.

This was honestly the episode that got me into Supernatural, and I will not regret loving it with all I have. 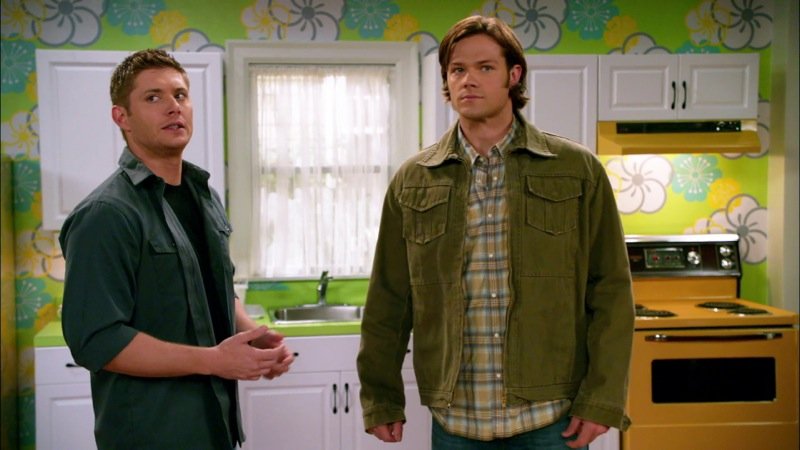 Coming in at a VERY close second is “Changing Channels” from Season 5 of the show. Do recall that Season 5 was supposed to be the end of the show originally…but obviously that didn’t happen.

Anyway, when “The Trickster” again shows up, and decides to play another game with Sam and Dean, you have to wonder what he has in mind. Turns out, he puts them into a literal TV world and has them go and “play their roles” in order to advance and survive. This including being on a Grey’s Anatomy spin-off, a Japanese game show, a medicine commercial, a sitcom, etc. It’s hilarious and not unlike “Scoobynatural,” a celebration of TV and everything that comes with it.

But in truth, what really made this episode shine was the twist with The Trickster. Turns out, he was an Archangel the whole time in the form of Gabriel. This would be a key aspect in the many seasons to come, and a twist I’m sure no one saw coming when this aired originally.

The hilarity of everything going on makes this episode a classic no matter which way you look at it. 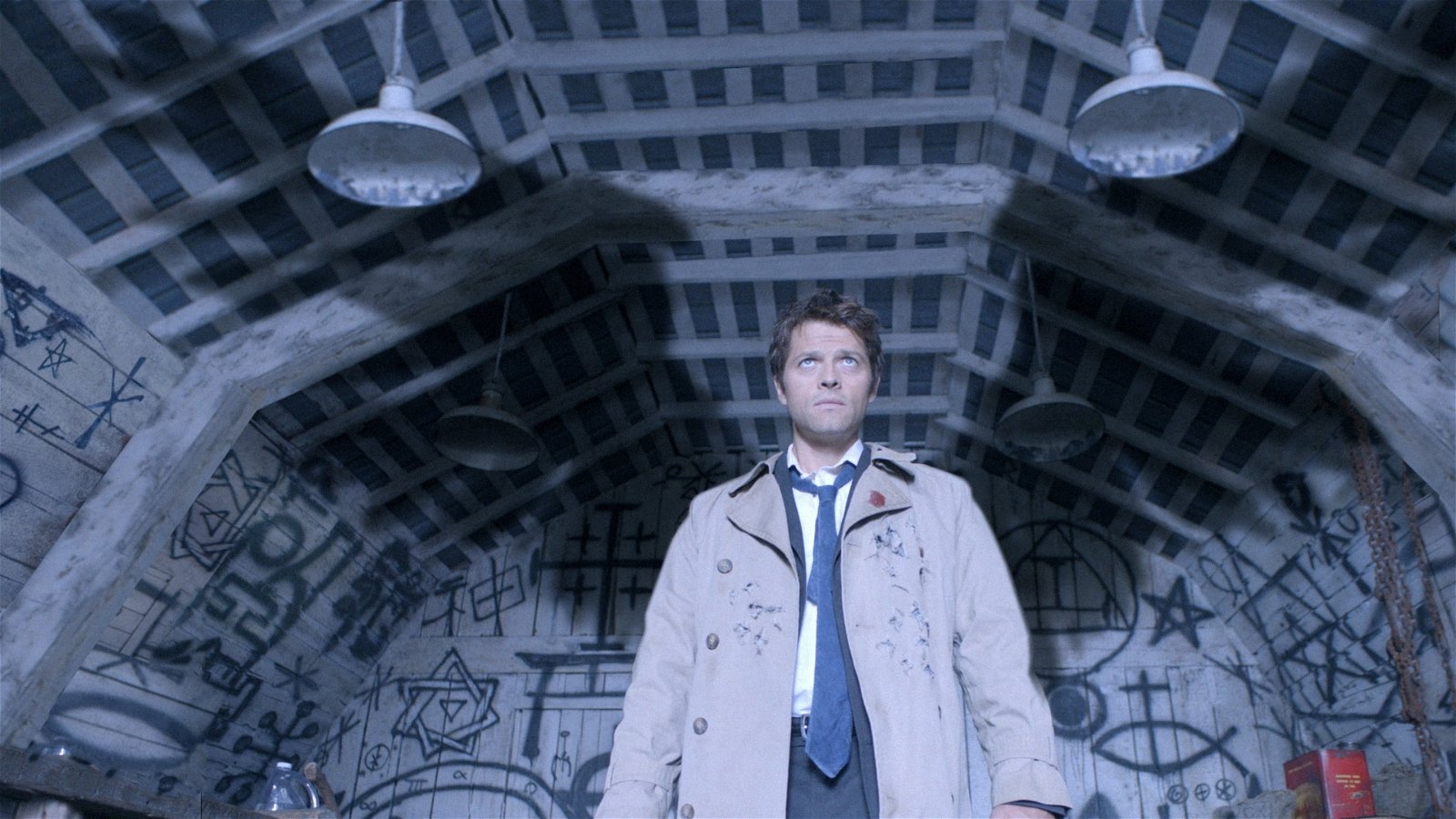 “How is Dean alive?”

That was the question as we entered Season 4. After being straight…uh…down, at the end of Season 3 due to his deal with the crossroads demon, Dean was suddenly alive, and no one understood why.

The mystery only grew when Sam admitted that it wasn’t him who did it, and this led to arguably one of the biggest revelations in the history of the series…Angels were real, and so was God.

No joke, the arrival of Castiel (who is still awesome to this day, just saying) is one of the coolest scenes in all of Supernatural. He just saunters in, takes everything Dean and Bobby have for him, swats them all away and goes, “We need to talk, Dean.”

Plus, Sam we find out is with Ruby, and suddenly has his psychic powers back. A path that would lead to many problems down the road.

While you can make the case that Seasons 2-5 were the best Supernatural had to offer, Season 4’s opener is easily one of the best because of the numerous paradigm shifts it dropped on viewers. 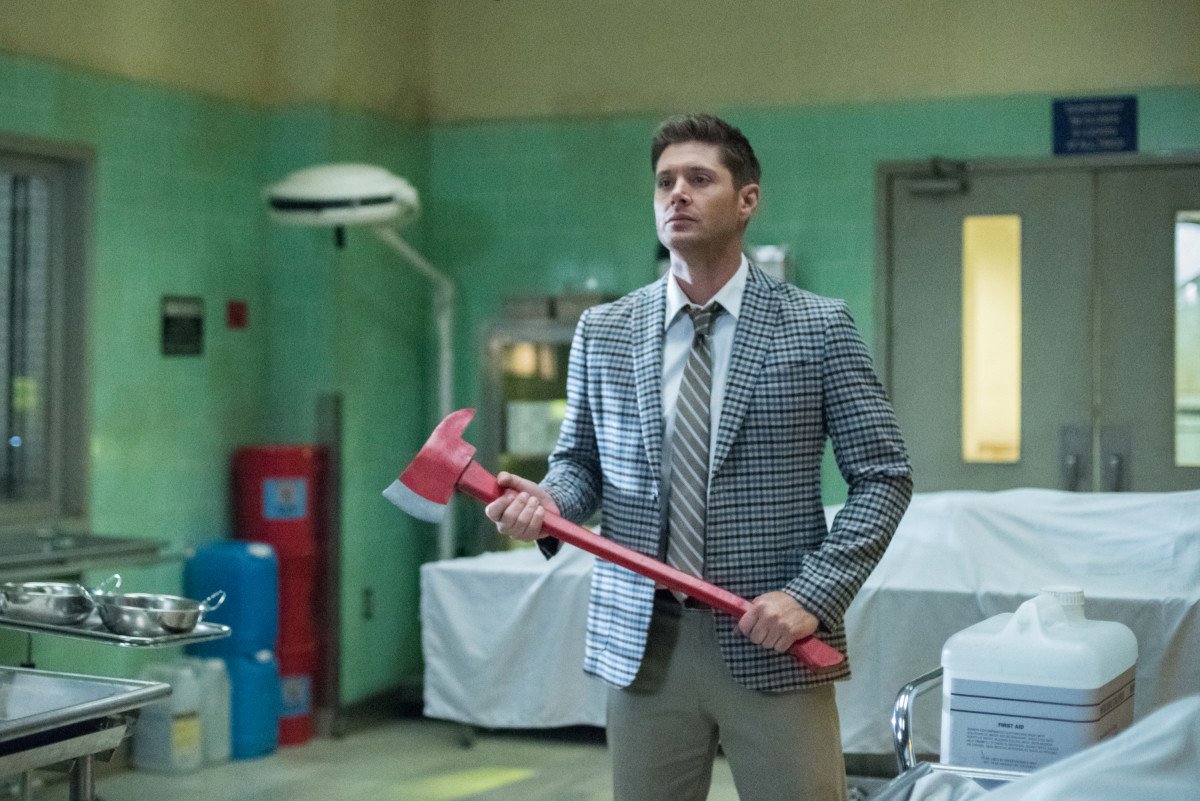 Let’s be honest, most times…filler episodes are bad, or they’re only good for one viewing. I’m honestly going through a Supernatural binge right now and I know exactly which ones to skip. But sometimes…a filler episode reaches out and says, “Hey, this is going to be good.” And “Mint Condition” was that for me.

This might seem ironic because all that “Mint Condition” was in terms of plot was a vengeful spirit (which by Season 14 when this aired we though we’ve seen all the tricks they could pull) seeking revenge on a terrible employee. But what made this special was the deep dive into the roots of horror movies. Yes, Supernatural has always been one to show horror, but this one felt like a true horror movie.

The monster was real, the use of camera angles, movies, and horror movie tropes was hilarious and awesome, and Dean and Sam finding their “counterparts” via the store owners was fun too.

“Mint Condition” honestly just stood out, and that’s saying something after 14 seasons.