When picking out shows to watch for the Spring season, I usually look at the synopsis. Gleipnir was one that I passed over because it didn’t seem all that interesting. Then, it was recommended to me so I checked it out and, um… yeah. This show was really out there with enough sexual tension to cut through titanium but did the shock value and/or “out there” feel of it make it entertaining?

An alien ship crashed in the mountains and a surviving alien decides to take up residence in a vending machine that accepts special coins… more specifically… the coins that were lost when their ship crashed. He tasks people with finding his coins, granting them power in return for doing so.

Shuichi is a boy with said powers. He has the ability to turn into a dog-like sports mascot; however, that’s about the extent of his power. It isn’t until he meets our resident tsundere Clair after saving her from killing herself in a house fire. She discovers the zipper on the back of Shuichi’s form and realizes that she can step inside of him, becoming “one” with him. It doesn’t help that the insides of Shuichi’s transformed state resemble that of a certain female reproductive organ… or the fact that Clair will enter him either completely naked or in a swimsuit.

When combined, their strength increases as Clair or Shuichi can control the body willingly. Their thoughts sync up, too which is also a plus. This gives them a bit of a unique advantage over others that can transform… all of which are looking for the alien’s coins. Despite that being the overarching plot of the show, we are introduced to more characters such as Elena, Clair’s sister, and others that all tie into the story over time… even though it does get a bit convoluted.

From a story perspective… I got what was happening but this show was just all over the place! I will also say that the show ended in an inconclusive manner and when I looked it up on the MyAnimeList forums, I learned that the final episode of the show was a filler episode and it wasn’t even in the manga! Either this means Gleipnir is getting a second season or we’re just going to have a terrible anime ending and not get any resolution to the issues that were left unresolved in the show. It’s one thing to end a show in an anime-only way but when that way has nothing to do with the actual story and just ends up making no sense… chances of a second season seem kind of slim. 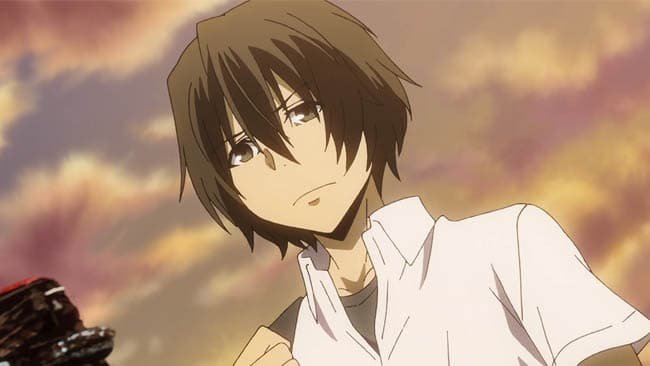 Shuichi is your typical timid anime main character with no backbone; however, that actually changes throughout the season. A certain moment happens where you’re just like “WHOA!” because you would never expect Shuichi to even do something like he did. I guess having him play the timid role worked in this aspect because of the way he ended up being in the end. That’s the only time I can really forgive the over-usage of this archetype is when the character grows and establishes an actual backbone. Had Shuichi remained the same way throughout the entire series, I would have been severely disappointed. All in all, though, Shuichi is still about as generic as they come when it comes to main characters… right down to his character design. There really isn’t anything all that special about him. 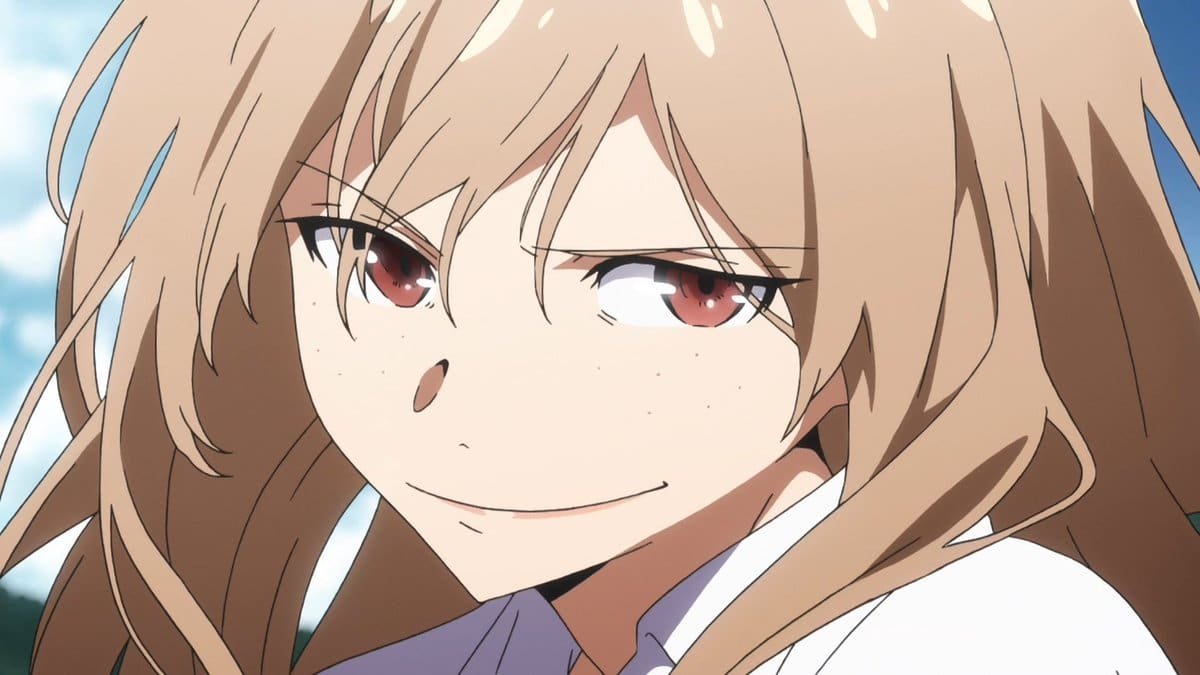 If you want to talk about one character carrying the entire show on their back, look no further than Clair. Clair appears to be a tsundere at first and then you realize that she’s actually a yandere. Although she is yandere, she’s not exactly at the levels of Yuno Gasai but she is a bit out there and will do almost anything to protect Shuichi.

Related:  The Case Files of Jeweler Richard Series Review: An Eye For The Details

Everything from Clair’s personality to her actions, to her role in the show, clearly showed that this was the Clair show from episode one. She was the reason why you wanted to watch and continue to watch the show on a weekly basis. When the secondary main character steals the spotlight, that says a lot about the person who was written to be the actual main character. Then again, the show even becomes self-aware when on several occasions, Shuichi states that he’s not the actual main character. Talk about breaking the fourth wall and recognizing that Clair was just TOO GOOD in her role. I won’t lie, though… she was my favorite character in the show. 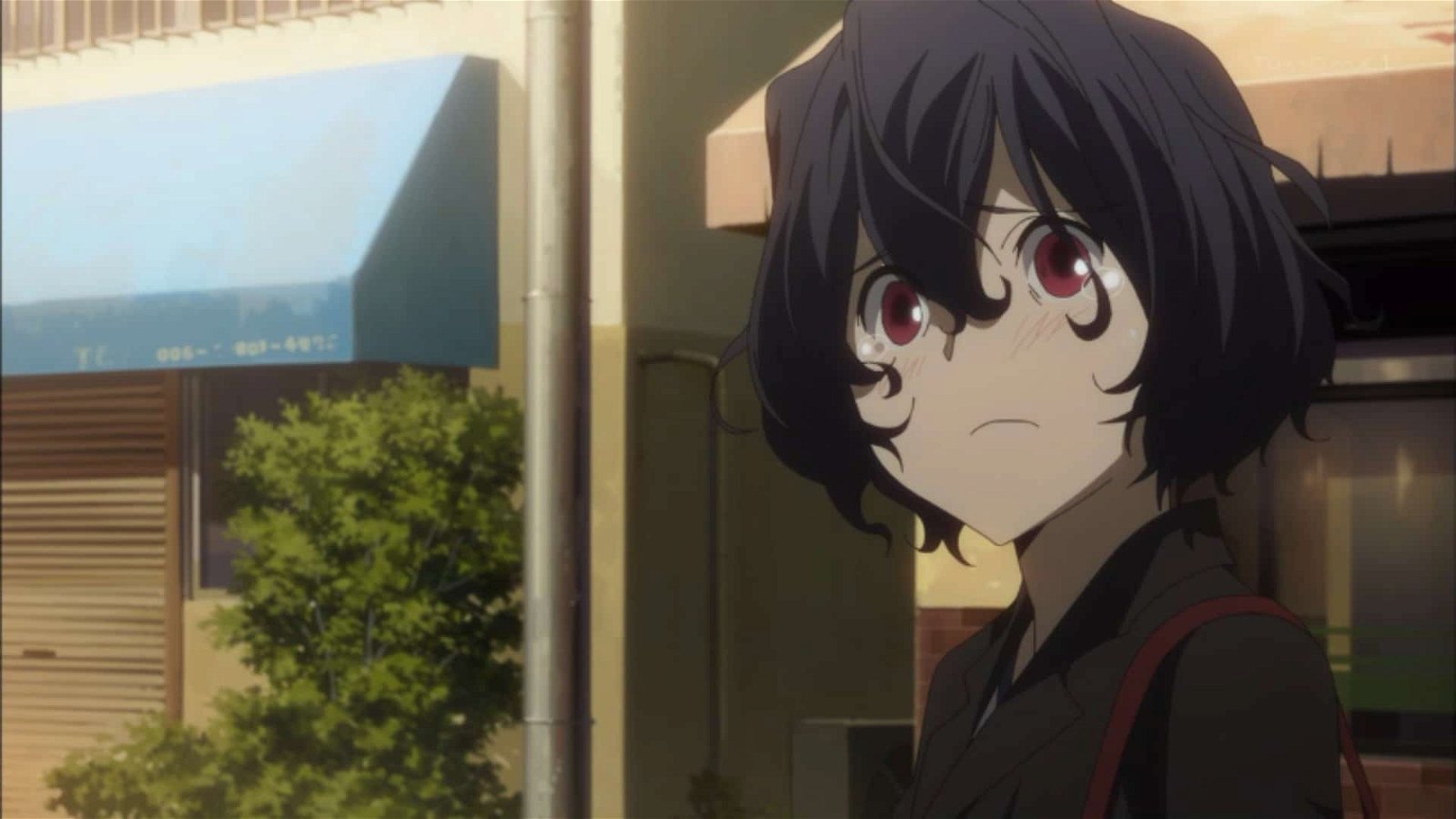 Elena is Clair’s sister and the one who ended up killing her parents (supposedly). In the beginning, Elena was penned as the show’s main antagonist but that quickly changed as we progressed through this convoluted storyline. Aside from collecting coins, it appeared as if the main objective would be to kill Elena and get some sort of retribution for Clair…. Which made you root for Clair even more, thus putting even MORE spotlight on her over Shuichi.

Elena, herself, has a history with Shuichi and one of the big plot points is that Elena was the one who turned Shuichi into that monster form. She even went as far as to erase some of Shuichi’s memories. The only thing is, Shuichi doesn’t realize he’s missing his memories until he starts encountering Elena more and more. More on this in my final thoughts.

Outside of these three characters, nobody is even worth talking about… even the Alien. I pretty much summed up his character in the story part of this review. He simply lives in a vending machine and wants his coins back. He gives people power and that’s pretty much it. He sits back and observes what happens and nothing more. 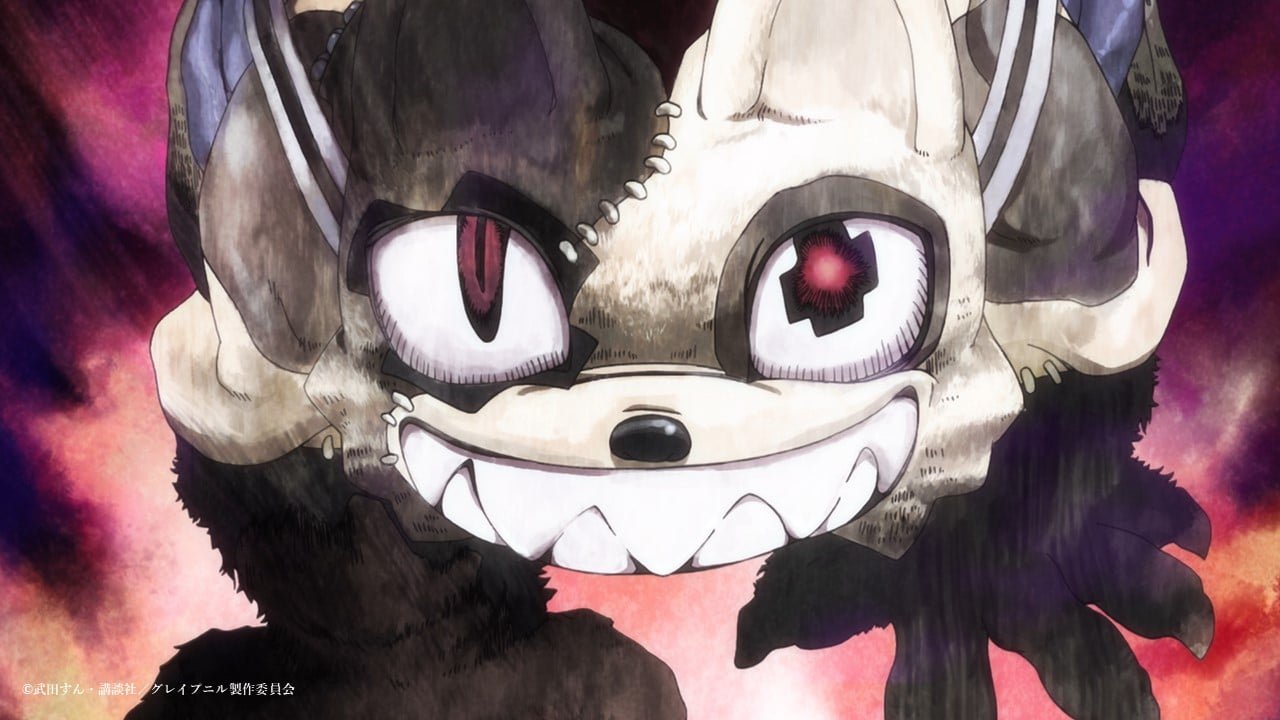 Sure, there is a LOT of other characters such as the faction that Shuichi and Clair meet in the mountains when looking for the coins and/or the crashed spaceship, some of the other groups that they encounter, as well as all of Shuichi’s friends (one of which (Kaito) was supposed to play a pivotal part in the final encounter but was never shown in the anime; however, none of these characters actually seemed important.

At the end of the show, they practically just tossed away all of these characters on a whim and while we did get a non-canon fight between Elena and Clair/Shuichi, the final fight was supposed to be against Kaito and we never even received it. If they were planning an anime-only ending, then why bother explaining anything to begin with? Sure, you could have plugged in the holes in Shuichi’s memories and if the anime was going to get a second season, they could have teased the fight with Kaito as an unresolved issue, but they elected to do this while writing off any and all supporting characters over the course of the final four episodes and then just ended the show inconclusively.

Talk about a waste of a show’s cast!

Pine Jam returns and does a pretty good job with the animation. The last anime I saw from them was Gamers! and since that anime was slice-of-life, the show didn’t really need a big budget. Here, Pine Jam spent a little more money and we were treated to some well-choreographed fight scenes… especially that non-canon final battle. You could definitely hear the yen being spent on that scene as the animation went from slightly above average to smooth, silky, and… oh, what’s the word? Oh yes… PURE SAKUGA! 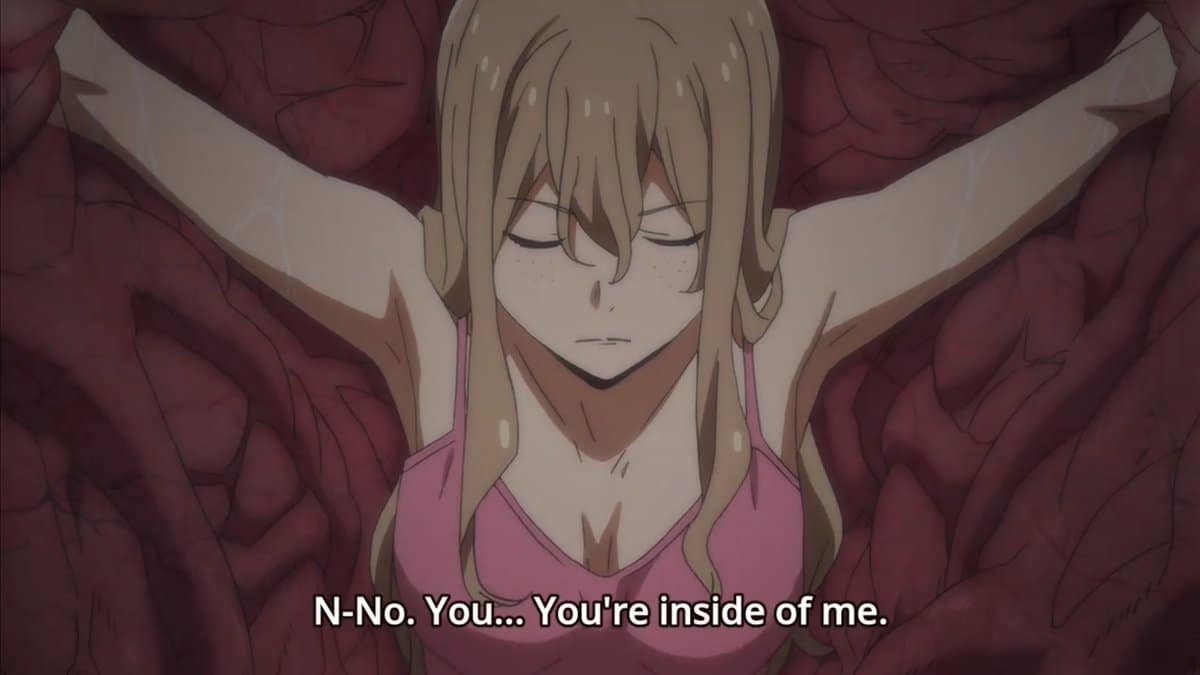 And she looks like she’s inside of a… well, you know what it is

Character designs were really good for the monsters although when they fought Madoka’s gang in the mountains, a lot of those characters were just gray blobs with red eyes. It almost reminded me of all of the non-important extra characters in Durarara!! Outside of that, everyone (outside of Shuichi who was generic as heck) had a pretty unique look to them that matches their personalities.

The backgrounds in this show were gorgeous to look at for something that was made for television and there wasn’t much that seemed out of place. 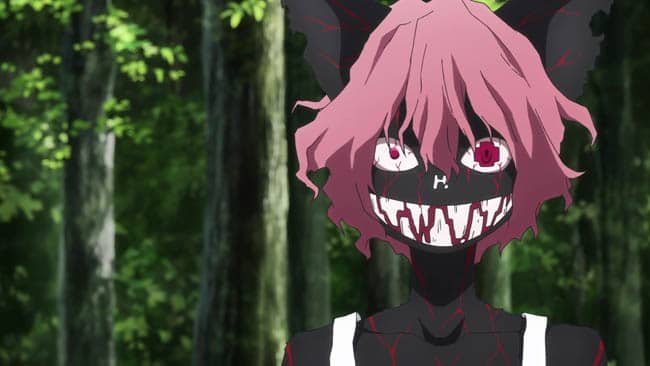 Some of the character designs were pretty cool. Especially with this “WE ARE ONE” form

The OST wasn’t that bad either but nothing really stuck in my mind. The music did accompany each scene nicely and battle scenes were made to feel intense with an impactful score. I think this is the kind of OST where it is worth it for some of the battle themes but the rest are just kind of throw away tracks. Still, not bad, though.

One of the biggest problems with the show was how quickly the story became convoluted. It went from “find some coins and beat up Clair’s sister” to “find some coins, beat up Clair’s sister, let her escape, lose track of her, go to the mountains, find some random characters, get into a gang war with another coin seeking faction, write all of those characters off, rush into Shuichi’s backstory, find out that he has partial amnesia, find out that Elena, Shuichi, Kaito, and a couple of other people were all childhood friends, introduce a character named Hanoka who died, introduce a girl named Aoki who was her friend who used the alien to transform into Hanoka, have Kaito kill Aoki only to find out that he was mistaken, have Kaito turn Aoki/Hanoka into his power, have Kaito go insane, go back to collecting more coins to “end this game,” and have Elena be like “BUT SHUICHI, I DID IT ALL FOR YOU!” Finally, end it without a conclusion.

It’s like the show had a direction and then decided to abandon it and go in another direction. Suddenly, the show shifted from Clair’s revenge to Super Mario Land 2: 100 Alien Coins, to Shuichi’s memories, to Battle Royale: Mountain Edition, to protecting Shuichi from his memories to ????? because it didn’t even end properly.

Sorry, but this show became such a chore to watch. I thought it was going to be something interesting and, to its credit, it was very interesting in the beginning. In the end, I just stopped caring as the show took too many directions at the same time. Maybe it was rushed because of the 13 (more like 12) episodes that it had to work with but if an anime’s job is to make someone want to read the manga then this show failed completely in that regard. It was an okay watch but not something that I’d like to continue learning about. 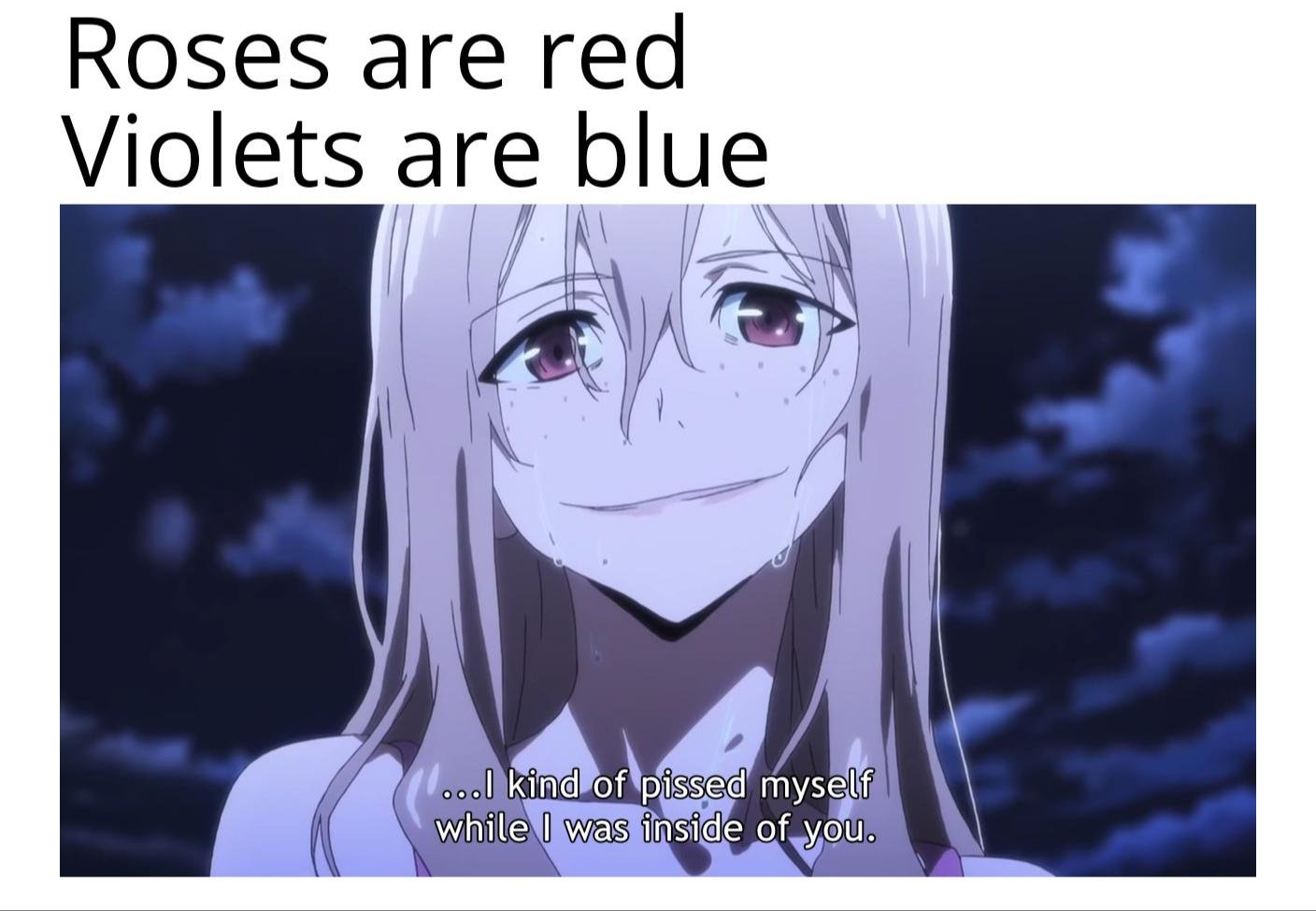 If you liked this review, consider following me on Twitter @JJPiedraTOH

There, there… there will be better shows next season

Gleipnir started off very promising by offering something edgy and unique but then spiraled into convoluted mediocrity. Decent for a one-time watch but not something that’s going to win any awards.