Sakura Wars (2019) was my first venture into the treasured visual novel/SRPG Sega franchise. I had always seen love for this series, which debuted on the failed Sega Saturn and struggled to get a western release until the Wii and PlayStation 2 with Sakura Wars: So Long My Love.

After playing the latest entry, I can understand the passion of the series’ fans. Sakura Wars is so many things: Japanese theatre, war, giant robots, music, and anime. It’s so many exciting things all wrapped up in a visual novel/strategy RPG hybrid that immerses and stages drama with gameplay. At the same time, the latest entry sadly trades its SRPG (Strategic RPG) roots for simplistic combat. The combat is super simple, which can be grating for long periods but feels good and is easy enough to accommodate those with little action game experience.

You play as five different characters, all with different weapons and special moves. However, you barely even have a move list, just slight differences to your combo by switching up Circle and Triangle (your light and heavy attacks). Each character also has only one special move, but characters like Claris and Anastasia have unique mechanics to aim their special moves. There’s also a slow down mechanic where doing a perfect dodge slows time down, which allows you to land a plethora of hits on the enemy in your view. Sadly there isn’t any depth, but the flashy combat and switching characters kept me satiated. Every character feels good, with the gun-toting Anastasia seeming to be the most powerful. Characters like the protagonist Kamiyama and the heroine Sakura also feel very fast and fluid to play. The hammer-wielding Hatsuho deals major damage, while Azami and Claris felt lagged behind the others regarding raw damage or speed.

Additionally, you’re able to replay the missions with any number of characters to unlock more Bromides-this game’s collectibles, which are pictures of various characters from the series, both old and new. However, these missions are just replaying the story missions with different characters minus the cutscenes. It’s a shame since, despite the simple gameplay, new missions could’ve helped the gameplay shine more. While most story missions are pretty simple in scope, one cool idea this title has compared to other Dynasty Warriors styled games are story sequences where you compete against other teams to kill the most enemies. I’d very much like to see this kind of idea expanded upon in a sequel or a similar game. The combat is simple enough for just about anyone to play, and with five playable characters, this style has a lot of potential-especially for co-op or competitive modes. 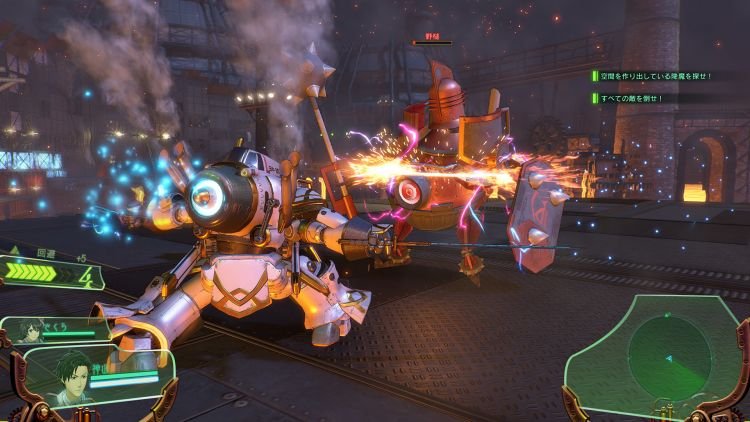 There is also a minigame you can play called Koi-Koi Wars. It’s like poker, but with Japanese Hanafuda cards. It took me a while to grasp since I was already bad at poker, but it was very addicting once I got the hang of it. There are two difficulty modes and plenty of unlockables, including music tracks while you play cards, other opponents, and bromides-collectible images of new and past Sakura Wars characters. 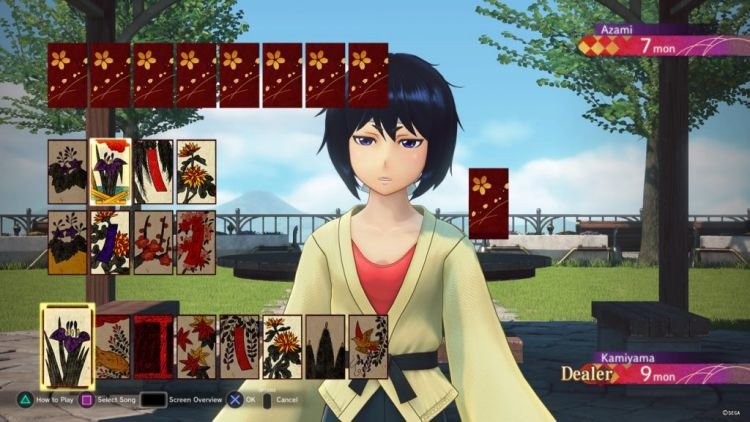 Where Sakura Wars shines is in its music and presentation. The mix of contemporary anime themes, explosive Jazz, and historical Japanese influences make the OST very immersive and versatile. You’ll be hearing the main theme a lot during major action scenes and during intermissions, where you can review how much your team trusts you. It’s a fantastic rendition of the original theme, but I found it was used too often.

As a visual novel, I also found the game very compelling despite my lack of experience with the genre. The timed prompts add a sense of urgency and intensity to choosing dialogue. Knowing what you want to say and picking an option as fast as possible also feel very satisfying. The first person “teté-teté” sections are also nice since you get up close and personal with your favorite characters-which I all found very lovable. Unlike the average VN, this game takes place inside a 3D world with 3D environments. Hence, it was also really nice to navigate and explore-rather than waiting for the game to happen at its own pace with regular textboxes and static images.

I felt that Tite Kubo, best known for the hit shonen Bleach (as well as Zombie Powder and Burn the Witch), was the perfect fit for the series’s soft reboot. His sharp and sleek style is perfect for kimonos, swords, and cool characters-all of which are in the DNA of Sakura Wars. 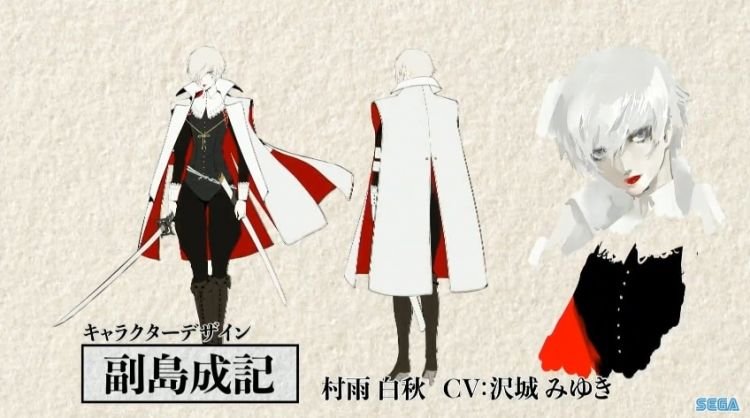 I can’t compare the writing of the latest Sakura Wars to previous entries. As a newcomer, I felt a sense of history by including classic characters like Sumire Kanzaki, one of the main characters from the original game and a series favorite, along with story moments I think longtime fans will resonate with. By the end of the game, I truly felt like I had just finished an 80’s, 90’s or early 2000’s mecha anime-similar to something Gainax would put out with idols and giant robot fights in space. Sakura War‘s narrative isn’t high brow or deep.  While I did find the game “tropey,” it’s also filled to the brim with hype and emotional satisfaction. It’s about a found family fighting for their home and dreams against malicious demons and naysayers who think they should throw in the towel.

Sakura Wars is a flawed action game but incredibly satisfying visual novel. It warmed my heart and compelled me to keep playing despite its shortcomings as an action game.