When one thinks of the drama of wealthy families, who comes to mind? Perhaps the Kardashians, the Royal Family, or even the Real Housewives of New Jersey. What about the nobility of 18th century France? This question was asked by Joy Manufacturing Co. and answered resoundinlgy by the over 1,000 kickstarter backers who backed their upcoming game, Ambition: A Minuet in Power.

Described as a roguelike visual novel, the game sees players taking on the role of Yvette Decaux, a young woman in pre-Revolution France. Abandoned by her newly married spouse, Yvette has to navigate the various social circles of the time to achieve power and romance, while hopefully not losing her head along the way. Literally.

While Yvette was not a real person during the French Revolution, Luther, the game designer, told me that Ambition: A Minuet in Power was “ruthlessly well researched.” Three of the six romance-able love interests are in fact based on specific people who lived in that era. The look and design of the locales in the game were also drawn from real-life. For example, the in-game map is based on the “overlooking the city from a hill” designs of the time, since aerial shots were not widely available due to the general lack of planes or helicopters during the 18th century. The team also drew inspiration from the 1948 film adaptation of The Three Musketeers, namely the role of the scheming and seductive Countess de Winter played by Lana Turner. 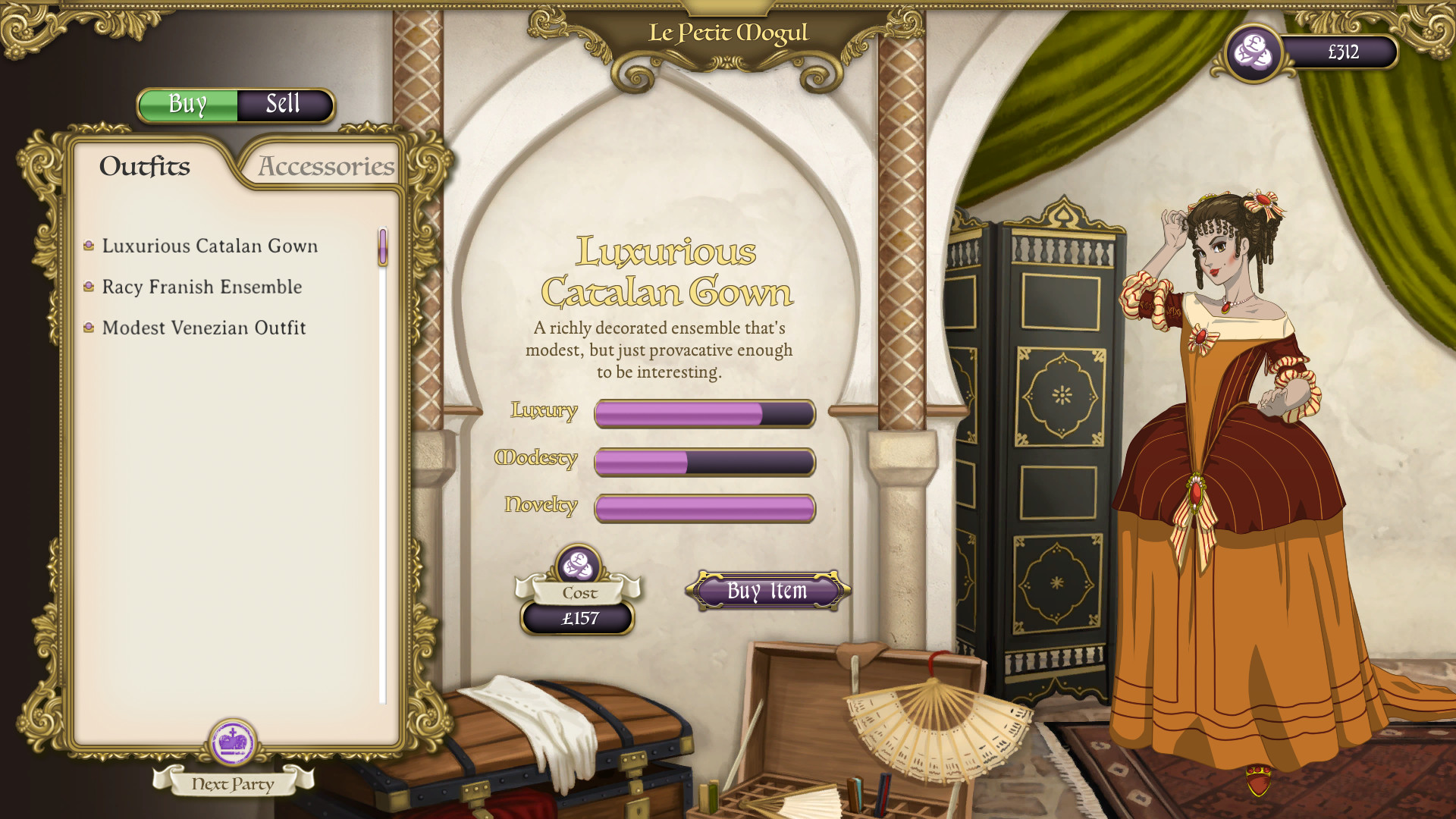 With that in mind, we went into our play through. As Yvette, we managed to make it to Paris, get kicked out of a high-society party, and end with the possible blossoming of a romance. Our potential paramour was an older woman, and we were told that a few LGBTQ romances will be available in the game, as during the team’s research they found them more prevalent in France than one would’ve thought, especially when juxtaposed with the more puritanical America of the time. During our play through we also found hints of the Revolution brewing, which contributing to our eviction from said party. The team found this to be an ideal setting, since the politics of the Revolution work well with both the micro and macro elements of the story.

In playing the game, which unfolds like a typical visual novel, we made various dialogue choices which affected our play through. To encourage replayability, the rogeulike elements ensure that you don’t always meet the same characters each time you play. You also have the option to talk to certain characters over others, which will further ensure that different characters have larger roles over others in the story. The core mechanics outside of the dialogue choices involve fashion, social, and journalistic decisions. Fashion plays a large role in high society France, as both in real-life and the game, it conveys degrees of power and social status. The aforementioned social examples influence how the game unfolds, while you also have the chance to sell gossip to the press in order to increase your funds while potentially making you popular or unpopular with various factions.

Favor is an important meter in the game, as your favor can go up and down with various influential characters throughout your choices and interactions. Some people can’t be reasoned with, so certain story beats will always affect your favor in certain ways, but for the most part it’s entirely up to you. Unlike the real French Revolution, you can influence the outcome of history through your actions, and watch the state of affairs in Paris change around you. Maybe you’ll get your head cut off, or maybe you’ll grasp and retain power with an iron grip.

Ambition: A Minuet in Power does not yet have a release date, but players will be able to sweet talk their way through the French Revolution on both PC and Mac in the upcoming future.