When it comes to gaming capture devices, AverMedia’s line-up has been at the top of the list. It’s been that way for quite some time and the company doesn’t have any plans to rest on their laurels. Constantly bringing new products that benefit gamers and content creators alike. They’ve released yet another quality product with the Live Gamer MINI (GC311). It’s also the smallest capture device they’ve ever released.

Right out of the box, the first thing you’ll notice is the size of the Live Gamer MINI. It’s not an exaggeration to say that this is the smallest game capture device I’ve ever seen. How AverMedia managed to get this much power into a smaller enclosure is a testament to the Live Gamer MINI. I still can’t get over how damned small it is. Look at this thing in my hand. 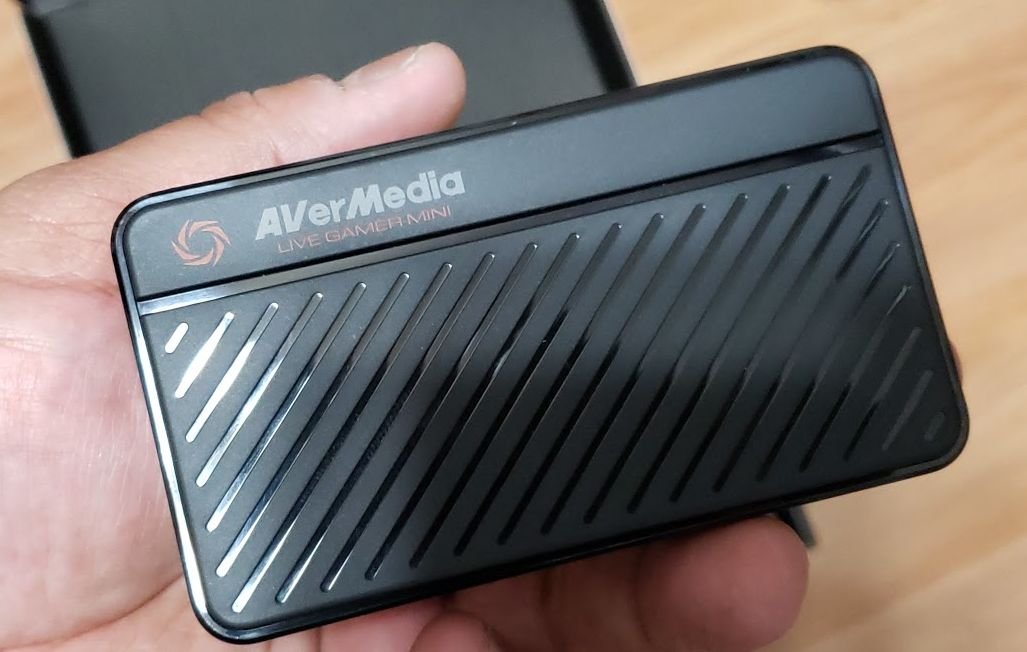 Fitting all this power in my hand. Photo – The Outerhaven Productions @ 2019

Connecting the device is straight forward and couldn’t be easier. You simply plug in the micro USB (Yes, I said micro USB), connect the in port from your console or secondary PC, while connecting the out port to your TV or another monitor. When the device is in use, the LED on the top will light up. That it’s it. Once you’re done, you just reverse the steps and then toss the Live Gamer MINI in the box or wherever else you store your electronics.

The AverMedia Live Gamer MINI works just like other capture devices, so you’ll be able to use the more popular capturing software. Such as XSplit, OBS, Stream OBS, and others. However, if you want to take advantage of the onboard encoding, you will need to use AverMedia’s ReCentral software. Currently, they’re up to version 4 and while I’ve had issues with the software in the past, it has gotten much better. With this software, you’re able to do record gameplay and stream, but with the onboard encoding. Now, there are a few requirements – you’ll need to ReCentral 4’s Single Capture Mode and use the optimal preset setting. Once that’s done, the software will engage the onboard encoder (H.264) and you’re good to go.

The Live Gamer MINI recordings are capped at 1080p 60FPS, and it doesn’t support 4K pass-through. Meaning if you have a nice 4K setup and want to be able to either capture at 4K HDR or even pass a 4K signal, you’re going to have to step up to the more expensive options. However, if you want a simple 1080p capture device and you don’t want to open up your PC, then the Live Gamer MINI is more than qualified.

Another nice function of the device is the AverMedia StreamEngine. This allows anyone to stream at a lower bitrate while recording a higher bitrate and cleaner video encode. Which is great if you want to save those amazing moments that you streamed, but don’t want it crowded with a webcam and various other overlays. This does a put more strain on your GPU, but that’s to be expected as you’re utilizing two different signals at once. Still, the Live Gamer MINI handled it like a champ.

Using ReCentral 4 to record gameplay and to stream worked without a hitch. Well, outside of the program crashing on me a few times. To be fair, this also happens with my other AverMedia device, the Live Gamer 4K. OBS and StreamOBS had zero issues. While using the StreamEngine plugin, I was easily able to record a higher bitrate encoding, while streaming to both Mixer and Twitch.

Since YouTube completely destroys videos thanks to the compression process, I’ve uploaded raw footage of several games to our server. Watch them below to get an idea of the quality of the encodes produced by the Live Gamer MINI. Or you can right click and save them If you’re into that sort of thing.

AverMedia also advertises that the Live Gamer MINI features Zero Latency pass-though. Meaning that the signal delay from your consoles or PC to your primary and secondary monitors is non-existent. Another plus for the mini. 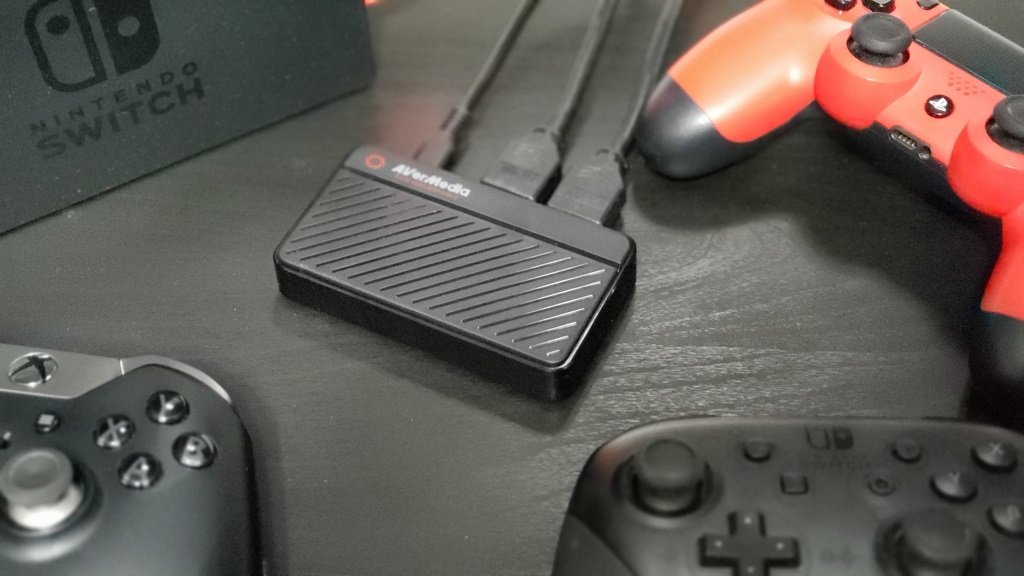 Now, I do have a couple of complaints about the AverMedia Live Gamer. For the most part, this capture device is an amazing value and I highly recommend it for those who are starting to record gameplay or streaming. Yet, while most devices are moving toward USB 3  the Live Gamer MINI utilizes the older micro USB port. I feel this is a step backward and I would have liked to have seen the newer connection port used instead. Especially since the industry has already started to shun the older interface.

The requirements for the device are also a bit higher than I’d like to see. Especially since the selling point of the AverMedia Live Gamer MINI is the onboard encoding. I’ve tested this with my laptop and Surface Pro 6, both with are rocking the 8th generation Intel i5. Since both are lacking a dedicated onboard GPU, neither were able to use the capture device without exhibiting low and jerky framerates. Don’t even think about purchasing this if you don’t meet the processor requirements or don’t have a dedicated GPU. I will also mention that when I tested the device on several PCs, I did notice that while the CPU usage barely moved, it did use a nice bit of GPU processing power. For me, it wasn’t an issue as I’m using fairly beefy GPUs, but this could be a concern for those who aren’t as fortunate.

AverMedia’s Live Gamer MINI and Elgato’s HD 60 S side by side. Photo – The Outerhaven Productions @ 2019

While I think that the Live Gamer MINI is a nice addition to the AverMedia line-up, ultimately, I’m confused as to where this fits in among AverMedia’s offerings. Retailing for $129.99, this device is in direct competition with AverMedia’s own Live Gamer Portable 2 Plus. Which happens to sell for $40 more and has a better feature set. Not only can it record without requiring a computer, includes  3.5 mm line in/out ports for commentary, 4K pass-through and also includes an onboard encoder. It kind of feels like AverMedia is shooting themselves in the foot here.

I feel it’s overpriced when compared against AverMedia’s line-up. If it was priced lower it would be an easier sell. As it stands right now, the AverMedia Live Gamer is in a bad position, as there are better devices readily available for just a few dollars more. If you’re just starting out and just want something that won’t break your bank and one that does an amazing job. Then this is for you, hands down. However, if you’re looking for a bit more and have money to spare then I’d recommend taking a look at AverMedia’s Live Gamer Portable 2 Plus for a few dollars more.

The AverMedia Live Gamer Mini might be the smallest capture device in the company’s catalog. That doesn’t mean you should write it off. Able to produce quality encodes, small enough to go anywhere and thanks to the onboard encoding ensure that your CPU doesn’t get bogged down. If only it was priced a little lower, I feel it would stand out better. As it stands now, it can easily get lost in AVerMedia’s (and competition) already existing capture devices.