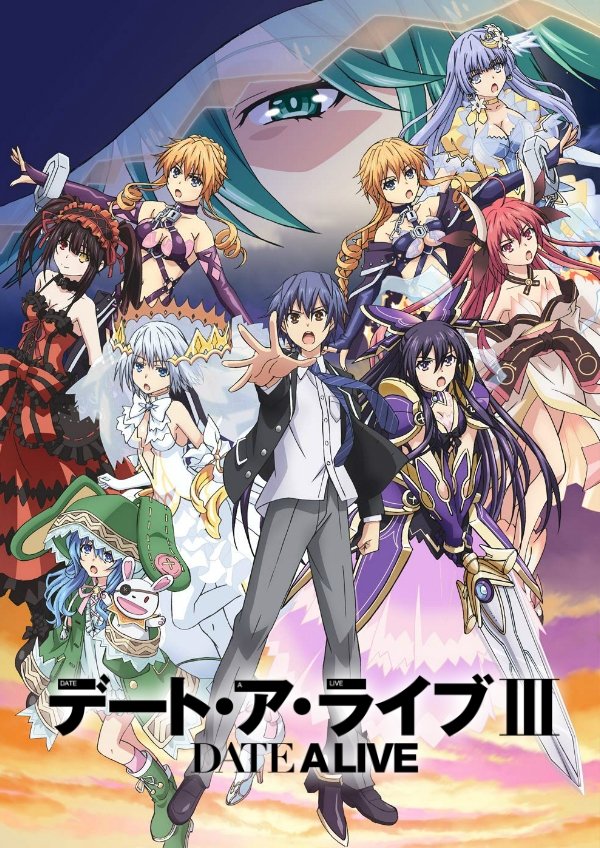 ***Warning, the following may contain spoilers for Date A Live III. Reader discretion is advised.***

It has been a while since Shido Itsuka (voiced by Nobunaga Shimazaki) first interacted with the mysterious beings known as Spirits. In that time, he has become quite accustomed at sealing away their destructive abilities.

As a result, all the Spirits Shido has ever helped have developed an unbreakable interest in him, and the number of his admirers keeps growing rapidly.

There is the raw power of the kind-hearted Tohka Yatogami (voiced by Marina Inoue), the quiet reservation of the soft-spoken Yoshino (voiced by Iori Nomizu), the commanding presence of his foster sister Kotori Itsuka (voiced by Ayana Taketatsu), the unpredictably dangerous terror of Kurumi Tokisaki (voiced by Asami Sanada), and that’s just to name a few.

No matter how much experience he may have, Shido knows that every encounter with a Spirit is its own unique meeting. He must listen and act accordingly to ensure everyone comes out happy. This job is not easy, and one wrong move can have dire consequences.

From the appearance of new Spirits to the settling of long-held grudges, Shido can only guess at what he might have to face next. 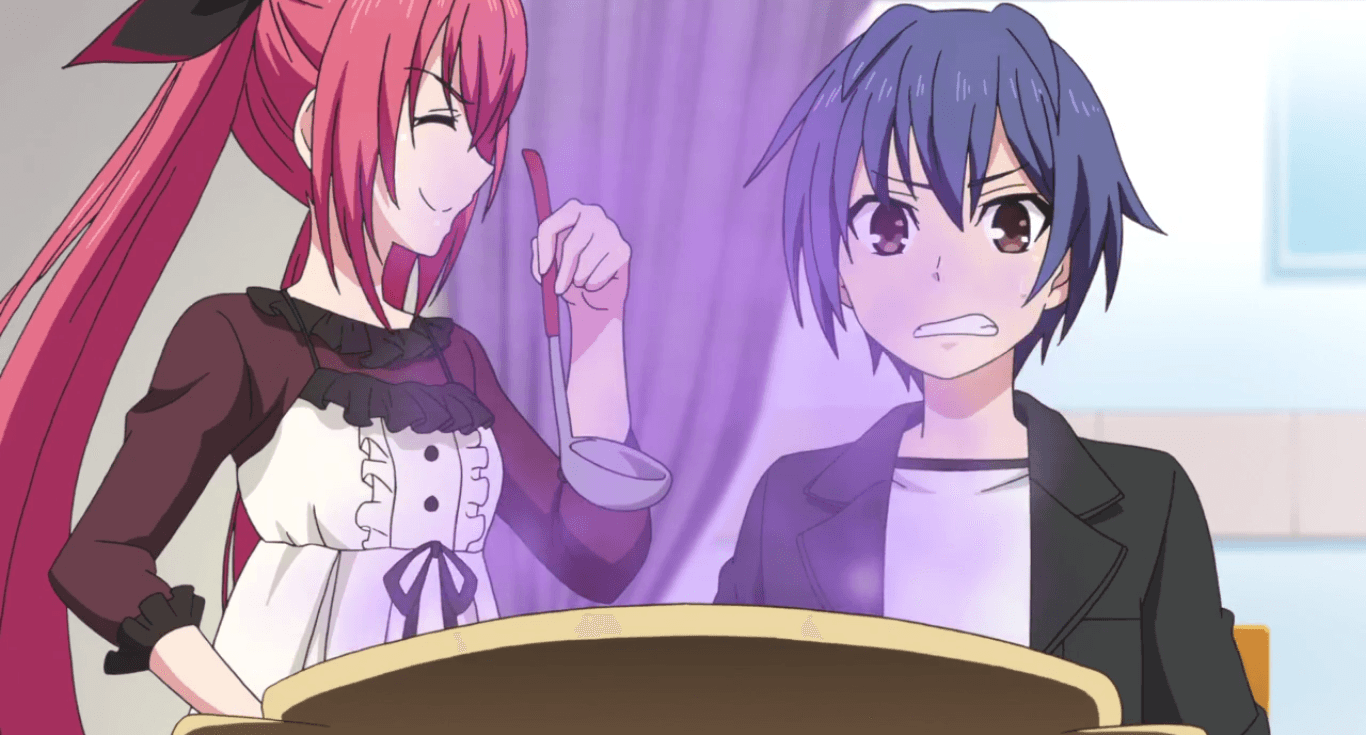 Unless you are the biggest fan of the Date A Live series, or you have just finished the first two seasons right before jumping into the third, you might find yourself in the position I was in when sitting down to watch Date A Live III.

As it would seem, the Date A Live storyline hasn’t been what I would call “memorable.” And I guarantee, if there ever is a Date A Live IV, we will have to dance this dance all over again.

But more on that later. 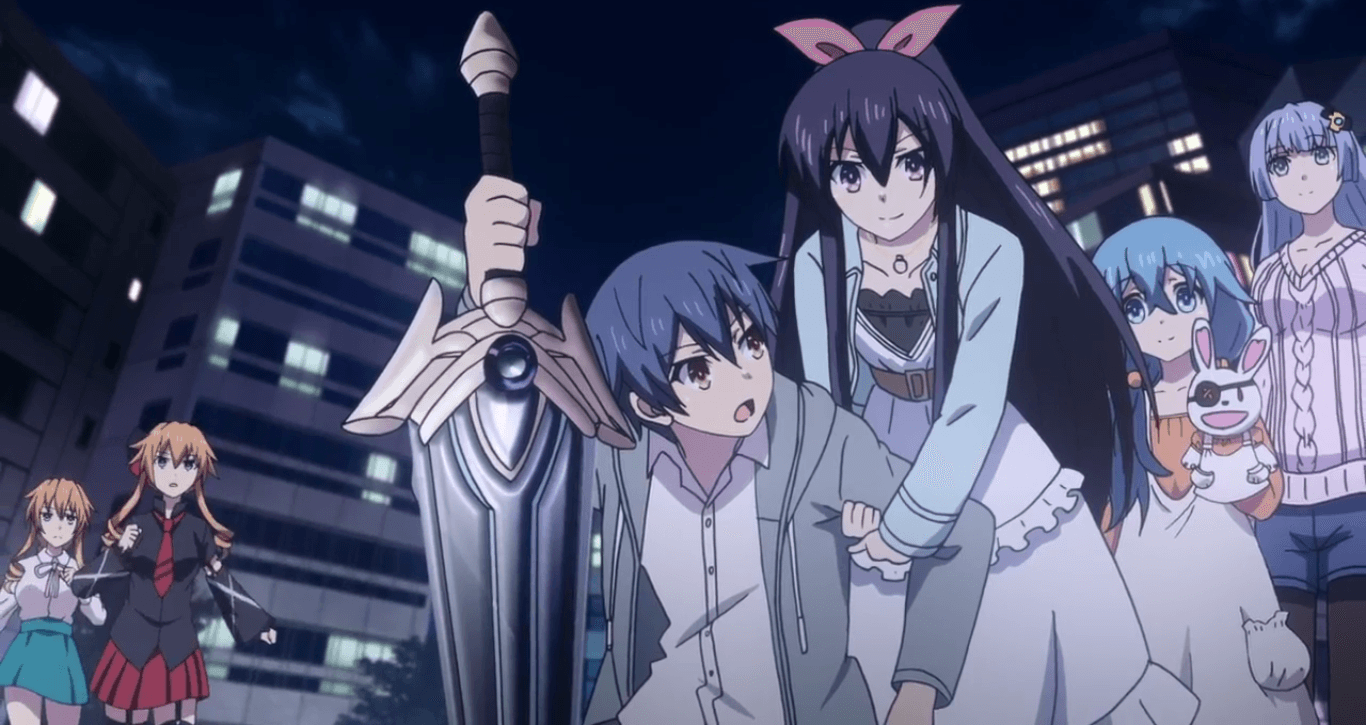 Please take this moment to notice I only said I haven’t been able to recall this series’ story. While there are some people – like myself – who argue narrative is the most important, other elements can rise to become far more iconic; that is assuming I can use the word “iconic” whenever I want. In the case of Date A Live, its character designs are proving to be one such aspect.

The Spirits of the Date A Live series, when in their Spirit form, are instantly recognizable. Therefore, it should be safe to assume that this franchise, season three included, has done what I imagine every anime strives to accomplish. This show has created a look which is uniquely its own.

So, what does that mean in terms of whether or not Date A Live III was any good? 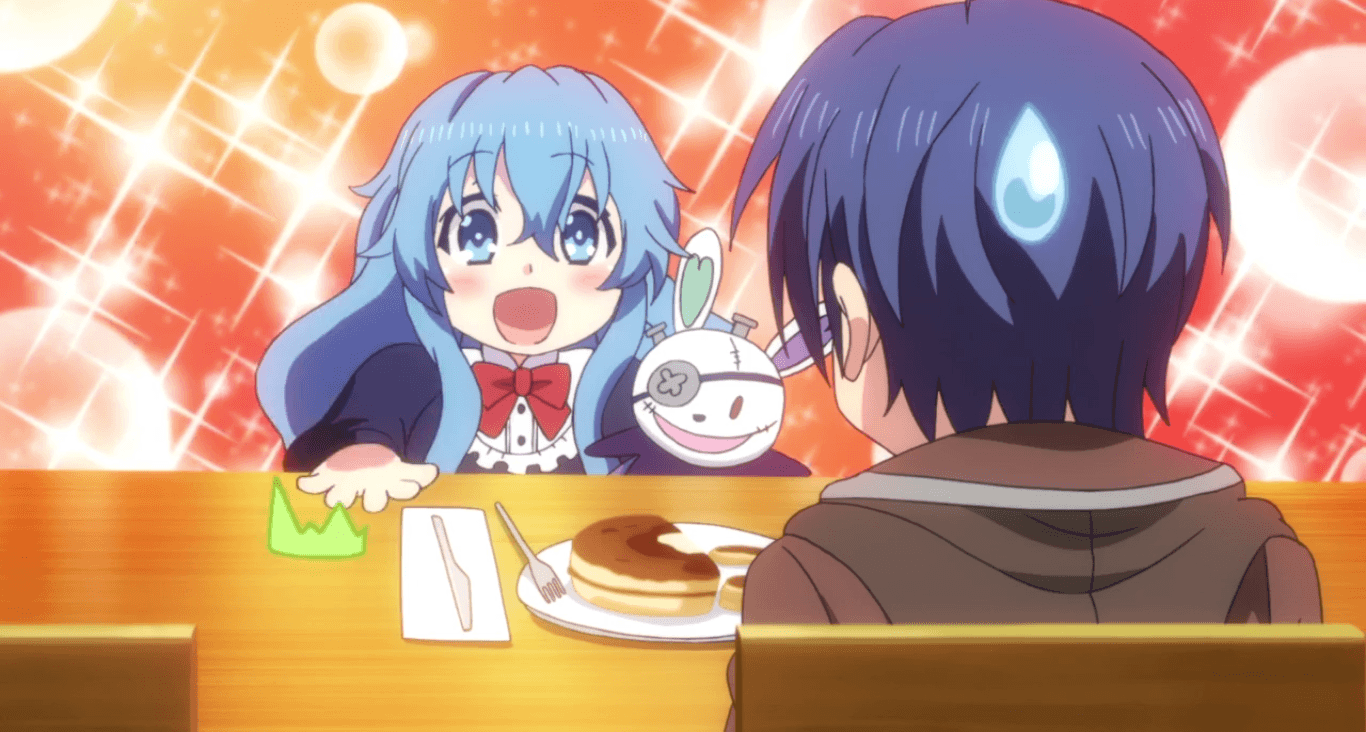 It would be wrong if I pretended I didn’t enjoy this season. I found it quite entertaining – and not even in an ironic way. The Date A Live story may not have any staying power, but while it is happening, it’s pretty damn fun.

To give this series or this season (I’m not sure which) some credit, Date A Live III was never a confusing mess. The first episode, in particular, did a solid job of summarizing the essential details of the events of the previous two seasons. This show was kind of like swimming in the ocean in the morning. Yeah, the instant coldness might be a little daunting, but the second you dive in, get your head wet, and go, you get used to everything fast.

Related:  Made in Abyss: Dawn of the Deep Soul Returns to U.S. Theaters

Naturally, I could never recommend Date A Live III to anyone who hasn’t watched the first two seasons. However, once you get to this point in the franchise, don’t expect any drastic changes. If you got through what came before, then this installment shouldn’t be a problem.

For actual substance from season three, there were two highlights. 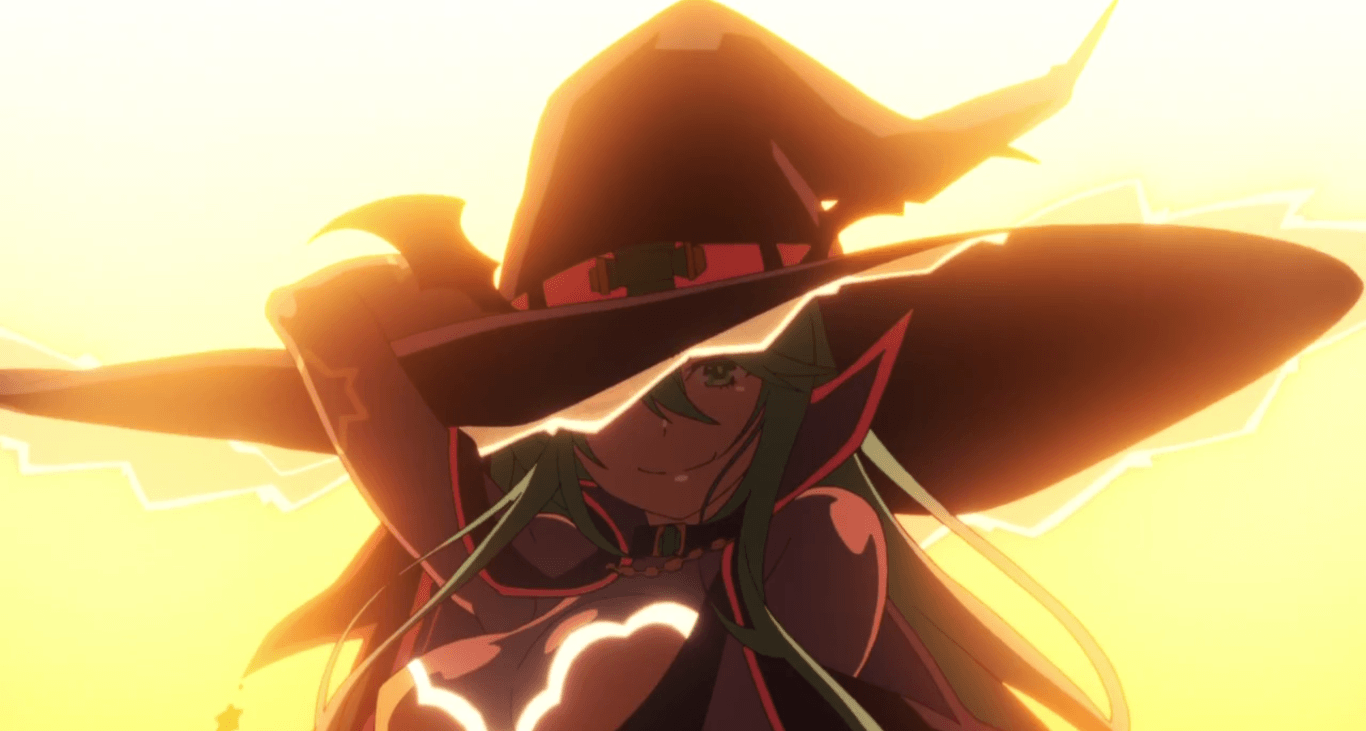 The first, visually, Date A Live III was quite good. Either scenes which used it were so brief I didn’t notice, or this season didn’t even bother, there wasn’t any atrocious looking CGI. Everything was smooth, clean, and polished.

Branching off from that, as I said earlier, the show’s character designs were still distinct, and each Spirit (if we count the Yamai twins as one) were not cheap repeats of one another. This was impressive, given how Date A Live’s main cast has become rather massive.

Also, this season’s quality animation allowed for a handful of sufficiently thrilling action scenes. That was a nice bonus. 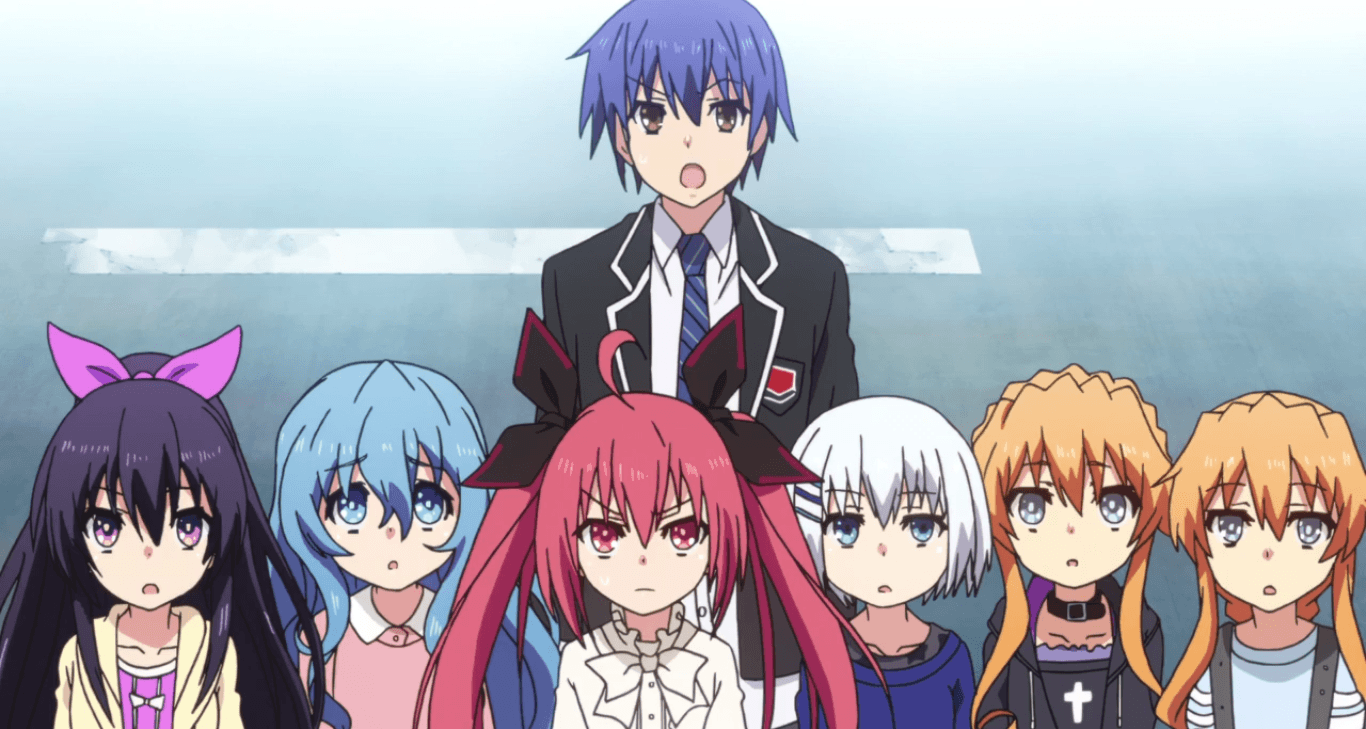 The second, the characters of Date A Live remained the most interesting aspect of this show. Specifically, new addition Natsumi (voiced by Ayumi Mano) was a benefit. Should there ever be a follow-up to this season, I hope to see more of her.

And lastly, before I end this section, please allow some of my nerdom to come out. There has always been one character from Date A Live who I have never forgotten. As such, Kurumi Tokisaki was still the best thing about this show, and I challenge anyone to fight me on that. She is, was, and has been that special type of wildcard you don’t come across often.

In short, there is a personality to Date A Live, and that is what makes it watchable. Unfortunately, that serves to shine a bright light on what is wrong not only with this season but with the entire series. 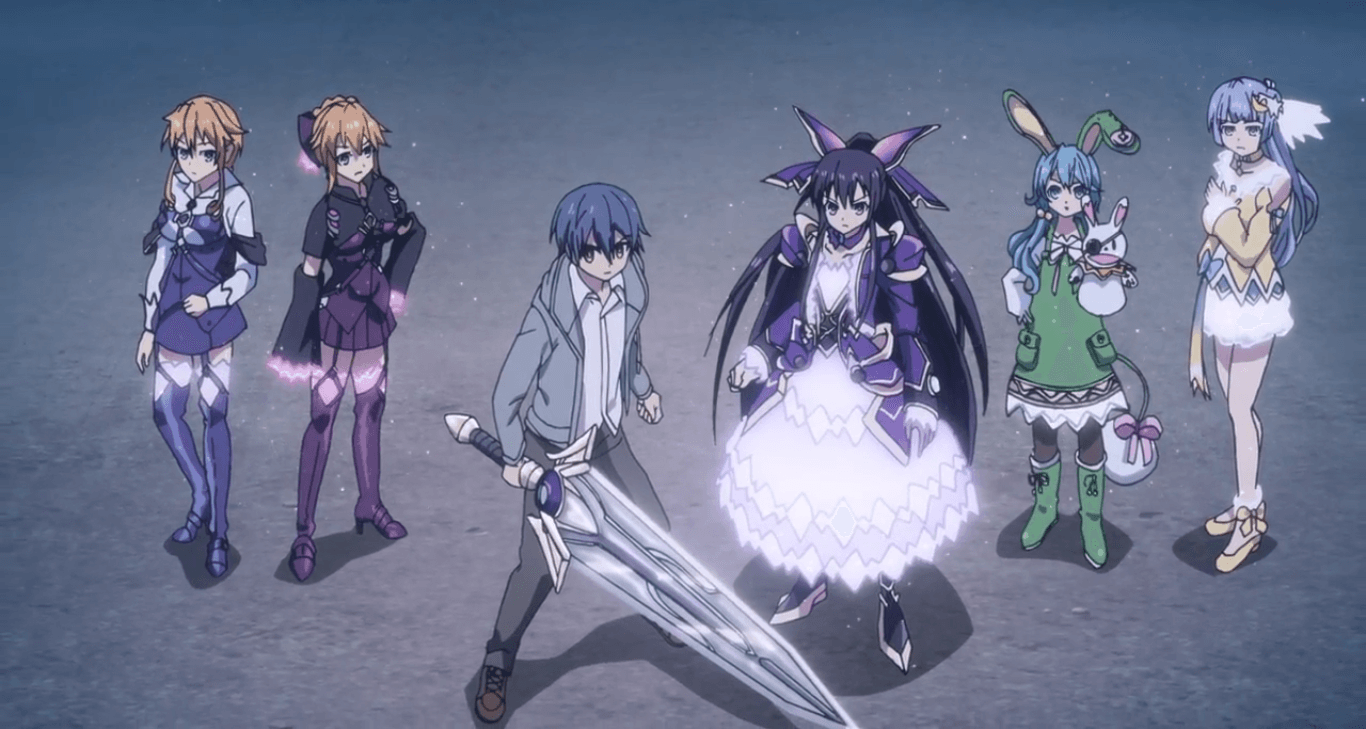 To start this section off, Date A Live III ended in episode eleven. Episode twelve was mostly a throwaway fanservice finisher. While that may sound like a colossal waste of time, I’m going to defend its inclusion.

Date A Live III wasn’t that heavy-handed with its fanservice. I mean, sure, the vast majority of its cast was made up of attractive girls in varying degrees of revealing clothing, and there were a couple of scenes that were unnecessarily blatant in what they were trying to do. Nevertheless, this season did focus more on the characters’ backstories, thoughts, and growth.

So, while something like episode twelve was largely disinteresting, I won’t fault this show for having it. 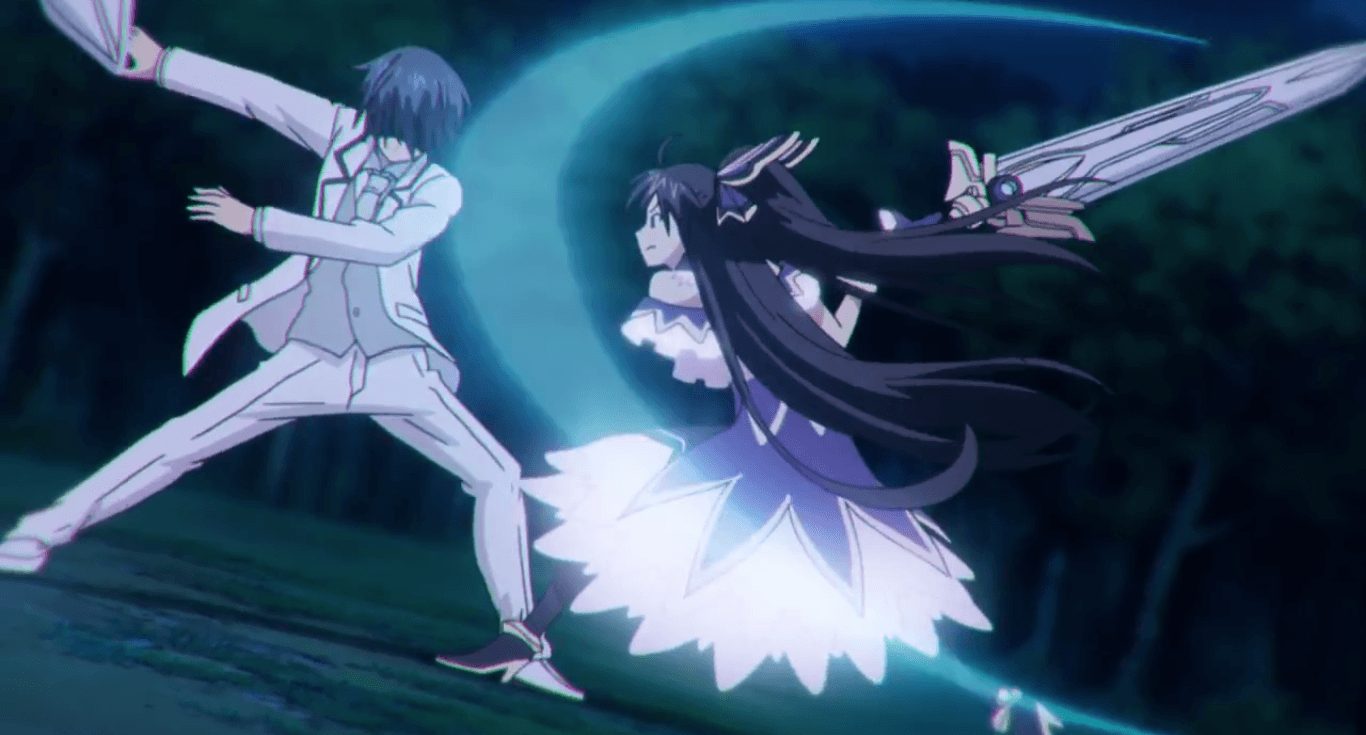 Moving on from that, I wonder how many people have noticed what I haven’t done.

Up until this point into the review, I have not used the word “sequel” to describe Date A Live III. That wasn’t by accident.

The only thing that made this season a sequel was that it came after Date A Live and Date A Live II. Thus, by the most barebone definition out there, yes, Date A Live III was a sequel. However, it sure as hell didn’t feel like one. 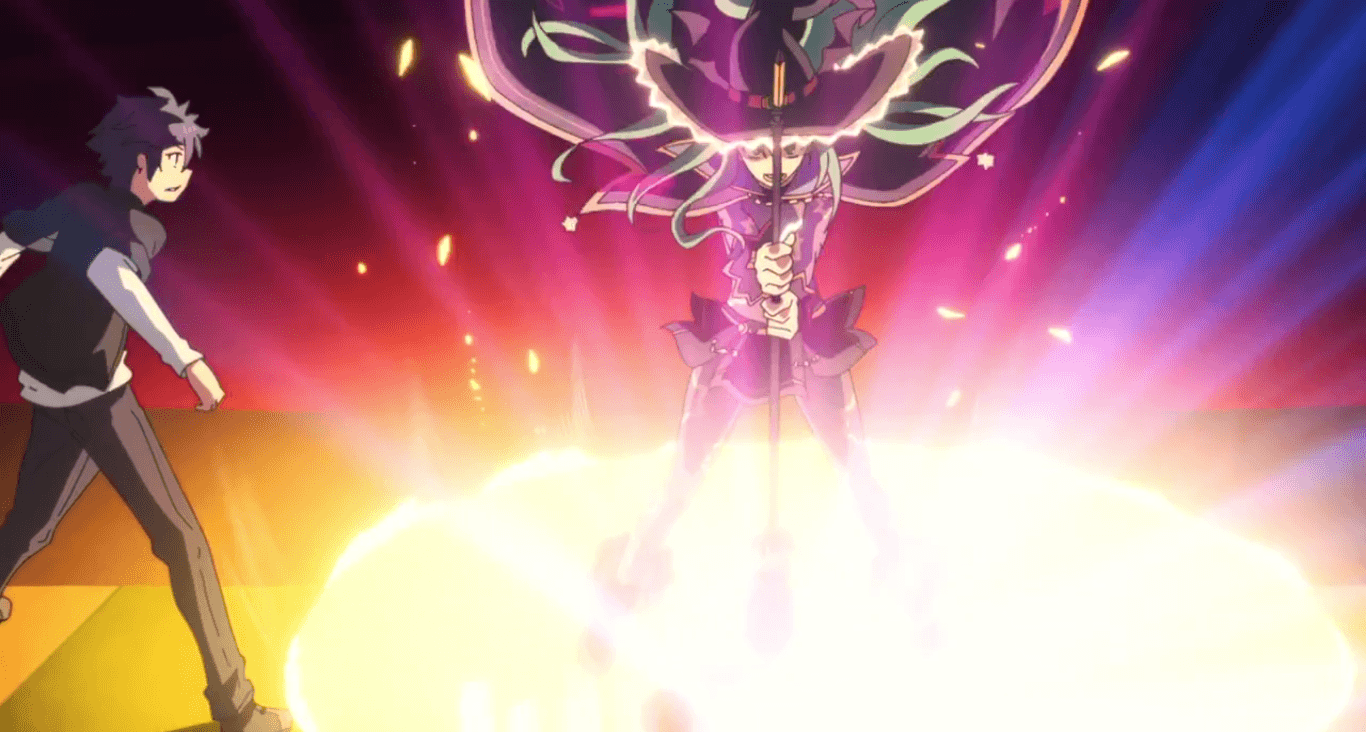 Maybe I’m just idealistic, but when I think “sequel,” I think the next chapter in a story. With that, there should also be some progression. This becomes even more important when a show acts as if it has some narrative to itself. In that respect, Date A Live III was more of the same:

Although Date A Live III did do that pattern well, what else can be said when this season marked the SIXTH go around of it? 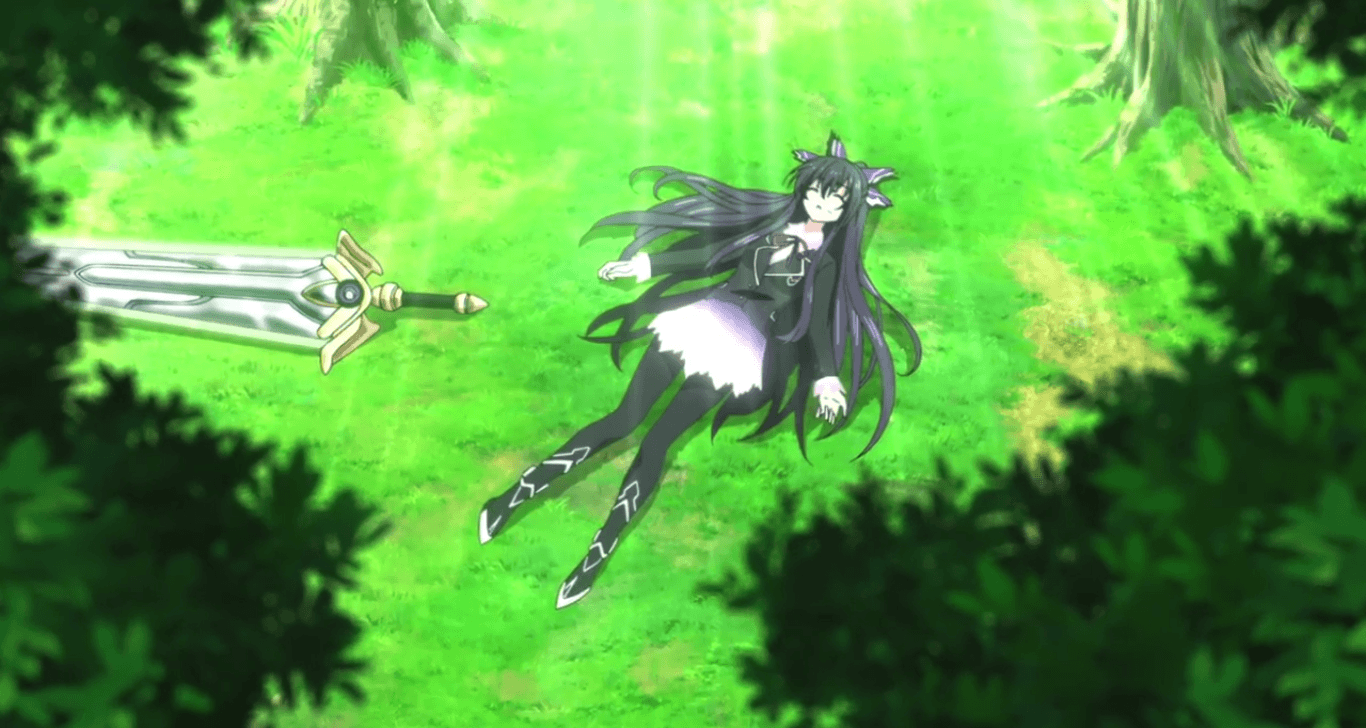 Season three did try something a little different. A time travel mechanic was thrown in, and I will save you the trouble:

Date A Live III either didn’t care or was garbage at mitigating how many plot holes can occur when characters start messing with the past.

Luckily, this plotline was very Kurumi-heavy, and her brand of not-caring-whatsoever helped immensely. While everyone else had goals and objectives with rewriting history, Kurumi just wanted to see what would happen and was indifferent to the consequences could arise.

To round up this review, I guess the question I should ask is, “Do I think there will be a season four?”

The truth is, I would be more surprised if there isn’t one. And do you know what? Even though I may eventually forget everything that happened in Date A Live III, another round is not unwelcomed. 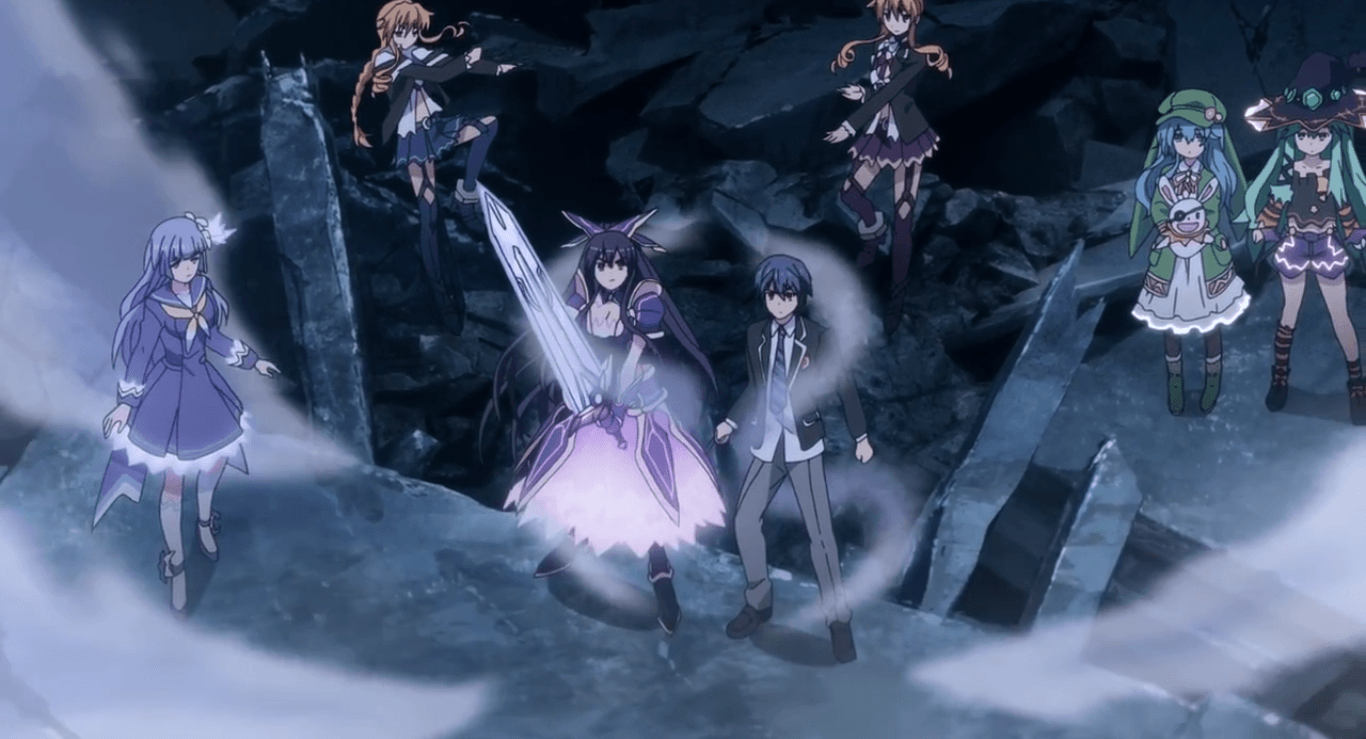 Regarding my anticipation towards this show, I was neither looking forward to nor dreading it. Instead, let’s just say I was professionally curious, and my curiosity was quenched.

This third season was not gripping. There was little to no growth. The narrative was stagnant. There was no wow factor. Nevertheless, it was like a piece of candy. You mindlessly pop it on and enjoy it while it’s happening. Afterward, you immediately move on to something more important.

If you have made it this far into this series, you might as well keep going; there is no reason to stop it following here. But to end on a more positive note, I will acknowledge that Date A Live III its own merits to warrant a recommendation.

But these are just my thoughts. What are yours? Have you seen this show? What would be your advice concerning Date A Live III? Leave a comment down below because I would love to hear what you have to say.