Back when Sega released the 32X and Sega Saturn, they also released a port of Virtua Racing on the systems. While it wasn’t arcade perfect, and it has some rough edges, it was enjoyable. Now, Sega has released Virtua Racing onto the Nintendo Switch and honestly, I can’t wait to check it out.

Looking at the past footage the recently released trailer, the game looks much cleaner than I remembered. It’s even looking better than the arcade version. Yes, the Switch is more powerful than the old arcade board that powered the game, and it definitely shows. According to Sega, this port is 100% faithful to the arcade version. Meaning everything from the version will be present here and then some.

The game will run at 1080p in docked mode, 720p in handheld mode and both resolutions will run at either 60FPS or the arcade original 30FPS.

The Switch version is even going to include a two-player online mode, where you can versus another player. As well as an offline multiplayer mode that allows up to eight people play on a single Switch. I can’t imagine the sort of madness that’s going to be with everyone looking at the same screen and getting confused. 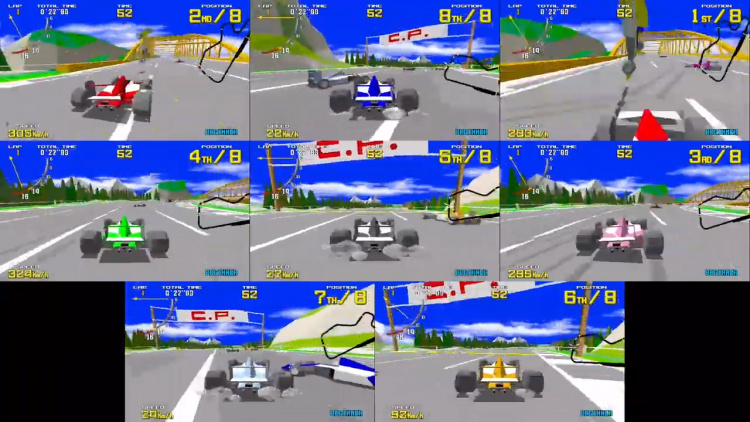 Sega Ages: Virtua Racing is available in the Japanese eShop. No word of if it will be available in North America. If you don’t want to wait, you can play Japanese games on the NA Switch, and download titles via the eShop. Speaking of which, I’m going to try that right now.