The BlazBlue franchise is a fighting game series that has lasted quite a long time. And while it may be one of the most confusing storylines ever (no, seriously, look it up and try and make sense of it), it also is home to one of the most intense fighting game styles out there. It’s not for the faint of heart. But, with BlazBlue: Cross Tag Battle, the series not only brings in some extra franchises for some fun, it simplifies things enough so that anyone can play. Which is why it’s a lot of fun.

One of the most important things to note about BlazBlue: Cross Tag Battle is that the game is specifically a 2-on-2 battle game. While other fighting games will have modes that allow tag battles or even 3-v-3, this game prides itself on having 2-v-2 exclusively. While this may seem like an odd thing at first, I found it rather refreshing, mainly because it forces you to break the bonds of knowing just one character in order to survive.

Furthermore, I feel it helps others explore the roster more. For when I came into BlazBlue: Cross Tag Battle I only had the notion of playing as the characters from RWBY. But as I started playing, I found that while I was good as Weiss Schnee, I wasn’t as good with Ruby Rose. So, I did a little looking around and I found a good match for my own style in BlazBlue’s Noel Vermillion, who like Weiss can be a combo machine if done right. I highly encourage you to mix and match and see what tag teams work for you, you might be surprised. 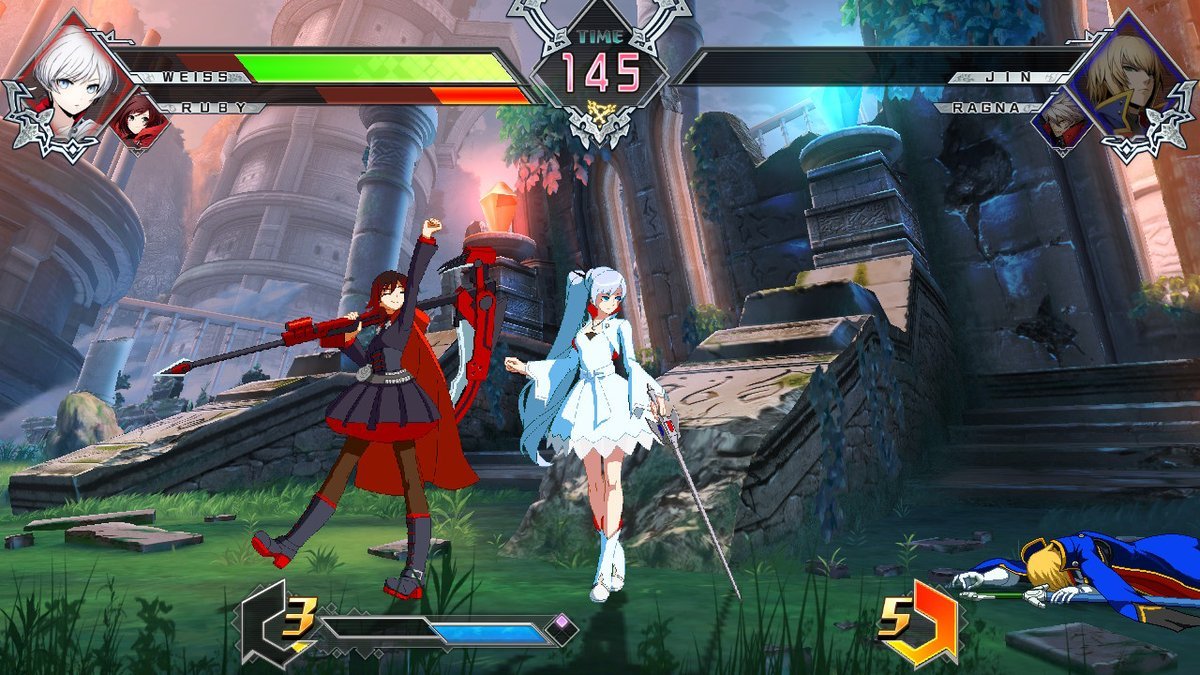 Now, as for the control scheme, I’m actually surprised by how simple it is to do certain attacks. The layout is rather competent. Not that there aren’t faults, but like most good fighting games, you don’t have to worry about it as much as you can customize the layout to your liking. So for the Switch version, the “b” button was to swap out characters, which was odd to me as I felt that should be an attack button. So, I put the swap button an unused button and made “b” an attack button. It’s simple and easy and you’ll be able to make the layout you want then go to war.

That being said, there are times where I felt there were communication issues with the buttons and my actions. To do a Resonance attack, you have to move the joystick in one direction then press a button combo. The problem is that combo is the Grab move, so if you do it even a fraction of a second off, you’ll be doing (or attempting to do) a grab instead of a massive damage attack. It was worse in the beta that I played a few weeks back, but it’s still present here.

It also should be noted that there is going to have to be some serious nerfing in the future. Characters like Gordeau, for example, has amazingly long range abilities as well as great power. Which made it pretty tough to match up against during some of my online matches. I wasn’t even able to get close to him because of this imbalance. I’m sure Arc Systems will fix it or at very least I hope they will. Just expect to see a lot of him in your matches to start.

Related  How is your PlayStation 2020 Wrap Up Looking?

Still, the fighting is fast, intense, and a visual spectacle. The game looks great, and all the attacks look good and feel true to the characters. It’s a blast…when you win that is. 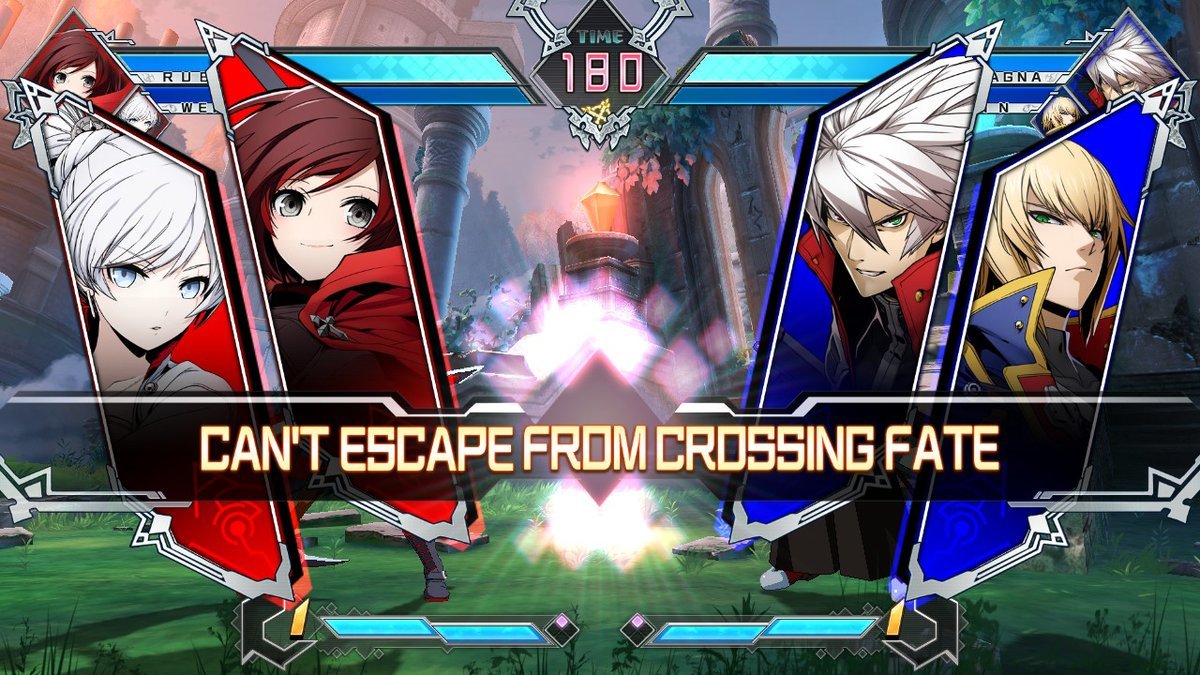 Moving onto the Episode Mode, this was surprisingly fun. I won’t spoil things too much, but I will give an overview of it. First and foremost, the game DOES explain how the universes of BlazBlue, Persona 4 Arena, RWBY and UNDER NIGHT IN-BIRTH EXE: LATE literally cross over. And what happens after that is pure bliss, hilarity, and epic tag matches.

One thing I really appreciated was that BlazBlue: Cross Tag Battle divided up the storyline into four unique stories focusing on the “leaders” of each brand. So Ragna for BlazBlue, Ruby for RWBY, Hyde for UNIEL and Yu Narukami for Persona 4 Arena. And each storyline is different from the others, yet respects both the story of the game and the relationships and personalities of the characters. For example, in the BlazBlue storyline, Ragna is a loner, and only teams up when he has to. In contrast, Yu and the rest of the Persona kids stick together throughout the story.

It’s these little things that make it special, especially when you get to see how some of these characters interact with others from the different universes. One of the MVP’s by far is Ruby, as her youthful energy and love of cool weapons make her standout. But even then, the TRUE MVP is a brand new character that I won’t spoil, but is in every storyline and is hilarious every time.

I also want to note that I fully expect many fan-fics and new ships to come of this storyline. Including one from the Persona ending that I won’t spoil, and a bromance between Ragna the Bloodedge and Gordeau. You’ll see why when you play. 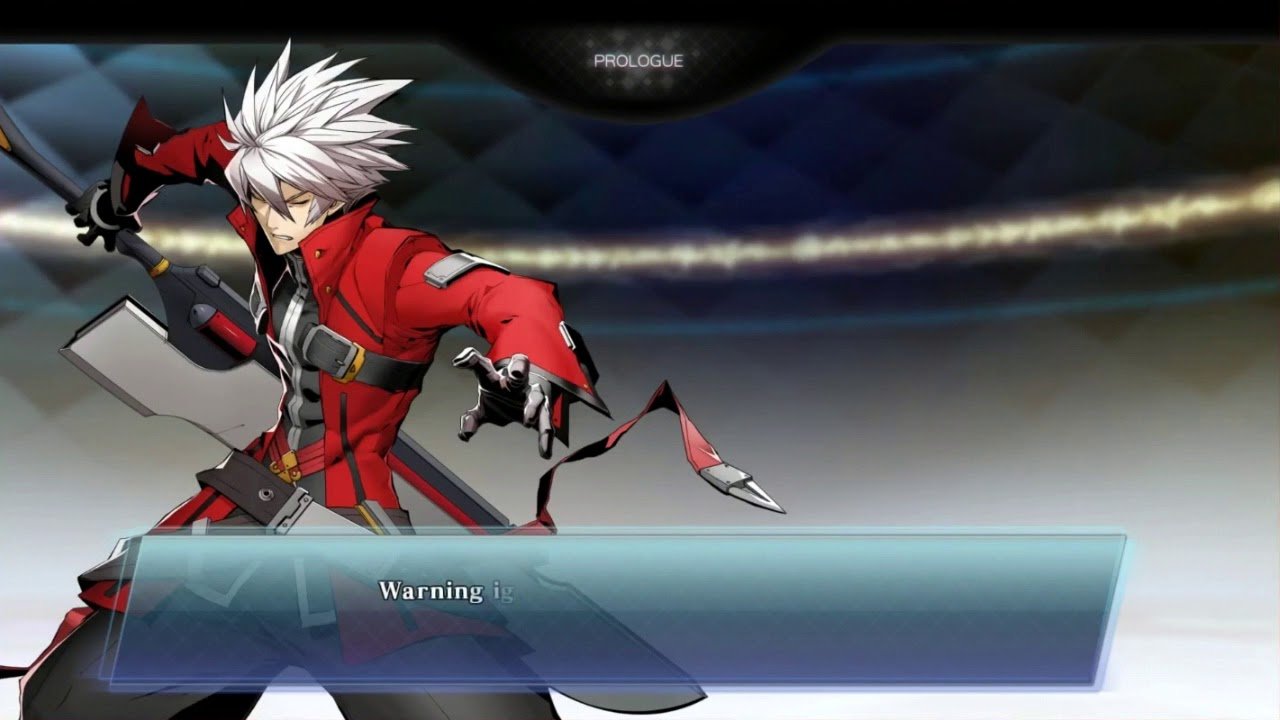 Then, naturally, there’s the Online Mode. To be honest, I couldn’t do all of the Online Mode matches because they either weren’t available or there weren’t enough people there. At most during my run, there were about 10 people in all of the lobbies. This is likely due to the game not being officially out when I played. But trust me, when the game releases, you’ll have plenty of fight opportunities. That’s how it was in the beta and the suspect that as soon as the game is released, it will be no different.

There’s a TON of lobbies, so you’ll never have to worry about not finding a matchup. When you do enter a lobby, you’ll head to a kiosk and either wait for an opponent to join you or, you can go to a kiosk that has someone already there and battle them. It’s actually quite refined, and easy to jump in and jump out. Another feature is Ranked Entry, where you can fight to prove you’re the best around, this was the mode I wasn’t able to play, but you can guess how that goes.

I honestly didn’t have too much lag issues in terms of online gameplay, however, there was an odd bit of lag in the “entrances”. Yet when the gameplay started…everything was fine. It was weird. The only downside is that during online play is that I found was that you can’t tell how experienced a person is. You can apparently set it so only certain people can challenge you, but I couldn’t find that feature. So sometimes I would go up against someone about my win level, and then another time I fought a guy with 80 wins. I won that match for the record…but still.

Related  Mass Effect Legendary Edition To Be Released In May 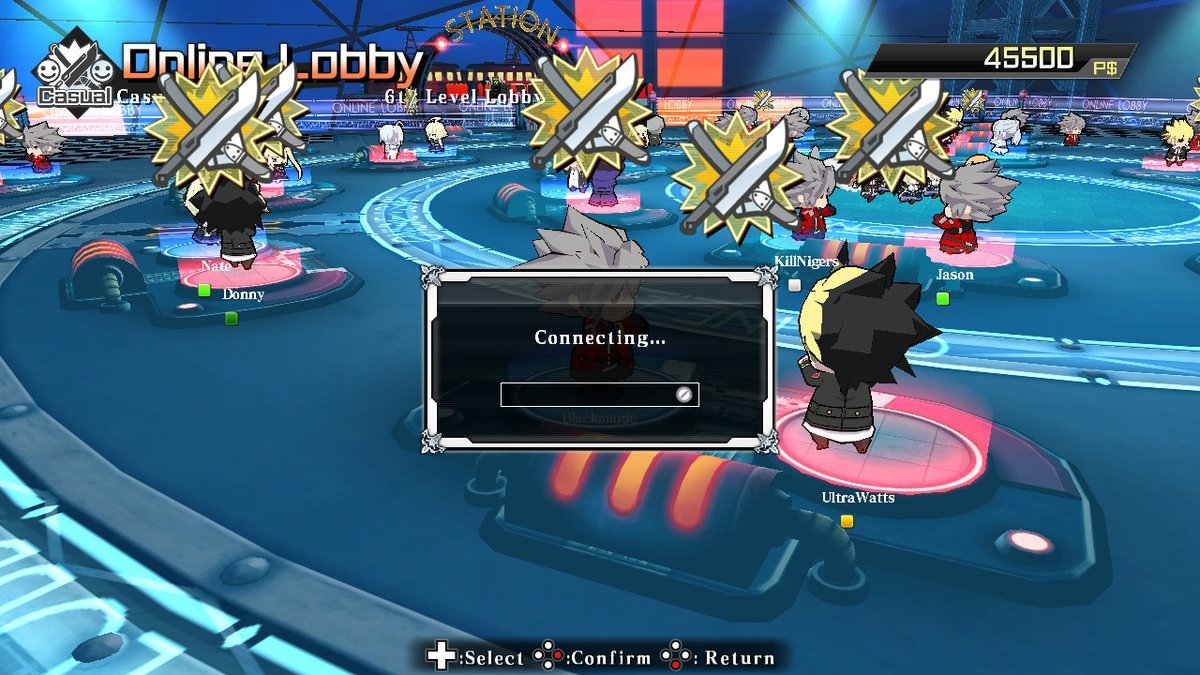 One thing I want to really show my appreciation for is the little details that BlazBlue: Cross Tag Battle has that really makes it shine. You don’t just wade through menus to get to where you have to go. Instead, you actually have an Avatar. A Chibi model of a character from one of the four franchises. And you can earn money to change it to who you want (I picked Ruby). When you go into the Online Lobby, you have an “ID” badge that you can also customize to your liking.

There’s also the fun banter between certain character sets when they enter or win a battle. It does seem random at times, but when they do it, it’s funny or epic more times than not. Which brings me to the voice acting. While some voices are a little annoying, the vast majority are top notch. The RWBY gang is all on point, and the Persona crew was a highlight for me despite never playing the game. URIEL was a big surprise, as this is the first time the characters have been translated into English, yet you’d think they’ve spoken the language the whole time.

Again, it’s the little details that really help BlazBlue: Cross Tag Battle shine, and prove it’s more than “just another fighting game”. It does all these universes proud, and that’s hard to do.

All that being said, there are a few other issues to note here. First, while the storyline is fun, it won’t take long to get through all four sections. And the way they end might confuse some people. Furthermore, one chapter has multiple endings, yet the others don’t, I find that odd. Another issue is that while the game has many modes, I’m not sure how much people will be using them. Survival Mode isn’t that special, and I stopped playing it because it didn’t seem like the AI was getting any smarter.

And despite the more simplified control scheme, I do feel that some people may not “get it” fast enough, which means they’ll get crushed in online modes when they go up against veterans.

However, despite all of that, I highly recommend BlazBlue: Cross Tag Battle. It’s a fun game with a lot of heart and respect for four great franchises. I may have come to this game for RWBY, but I’m a fan of all of these characters now.

Review Disclosure Statement: BlazBlue: Cross Tag Battle was provided to us by Arcsys for review purposes. For more information on how we review video games and other media/technology, please go review our Review Guideline/Scoring Policy for more info.

While BlazBlue: Cross Tag Battle may have surprised many with its announcement, the release will surprise even more by just how good it is. If you’re a fan of any of these franchises, you should check out this game.