Hands On with Bandai Namco: Tales of Xillia 2 During our recent foray into NYC for Bandai Namco’s press event, the one game I was particluarly looking forward to was Tales of Xillia 2. Though it has been available in Japan for almost 2 years now, the release of a localization is a Godsend for Tales fans who like a little story with their RPG, yet aren’t so great at understanding Japanese (like me). Though I’m not the type of person to let a little language barrier stop me from enjoying something I want, I was still raring at the opportunity to get a bit more acquainted with the English version of the game. During my time with the demo I tried to break it down as much as I could for other Tales and JRPG fans that may be a little less eager to import.

So, that said, what can you expect with Tales of Xillia 2? Well, for those of you who already own the Japanese version of the game, unfortunately dual audio wasn’t able to be included. From my limited time with Mr. Li (our gracious Bandai Namco representative) it doesn’t seem like there’s anything in particular that sets the U.S. release apart from the Japan one aside from English voices and text. Of course, just understanding the story completely may be worth it for some (as it is for me).

For those of you who have picked up the first Tales of Xillia, the basics of the system should be immediately familiar. All the battle mechanics have been retained from the first game, and the characters you’ve gotten to know in Xillia return and are fully playable (including Muzet and Gaius! HNNNGGGG!!!!). Many of the gameplay elements have been slightly expanded on or tweaked, such as character affinity and the link arte system. Unfortunately, some of the shortcomings from the first game are present and accounted for as well, the Link Arte System being unwieldy with more than 2 players, for example. The sequel introduces a few new quirks to the game: an overarching debt system (due to astounding medical bills – does that ever hit close to home in America!), Dialogue path choices that affect the events as they unfold, and a main character that can weapon switch, complete with exclusive techniques for each weapon he uses.

If you’ve never played Tales of Xillia at all, expect a beautiful, well animated PS3 real time JRPG with battles  that play much like a fighting game once you get a handle on ways to effectively attack. Each character is nicely varied in style and most of your classic RPG roles are organically integrated into the characters, so you’ll probably find someone that suits your playstyle. Though you fight with only 4 party members at a time, you can switch between characters in reserve at any time mid-battle; at first for the series with the original Tales of Xillia. If any of this sounds intriguing to you, I recommend picking up the original before Tales of Xillia 2 drops stateside on August 19th.

Speaking of which, check the cool Collector’s Edition that’s available for preorder now at Amazon and Gamestop! 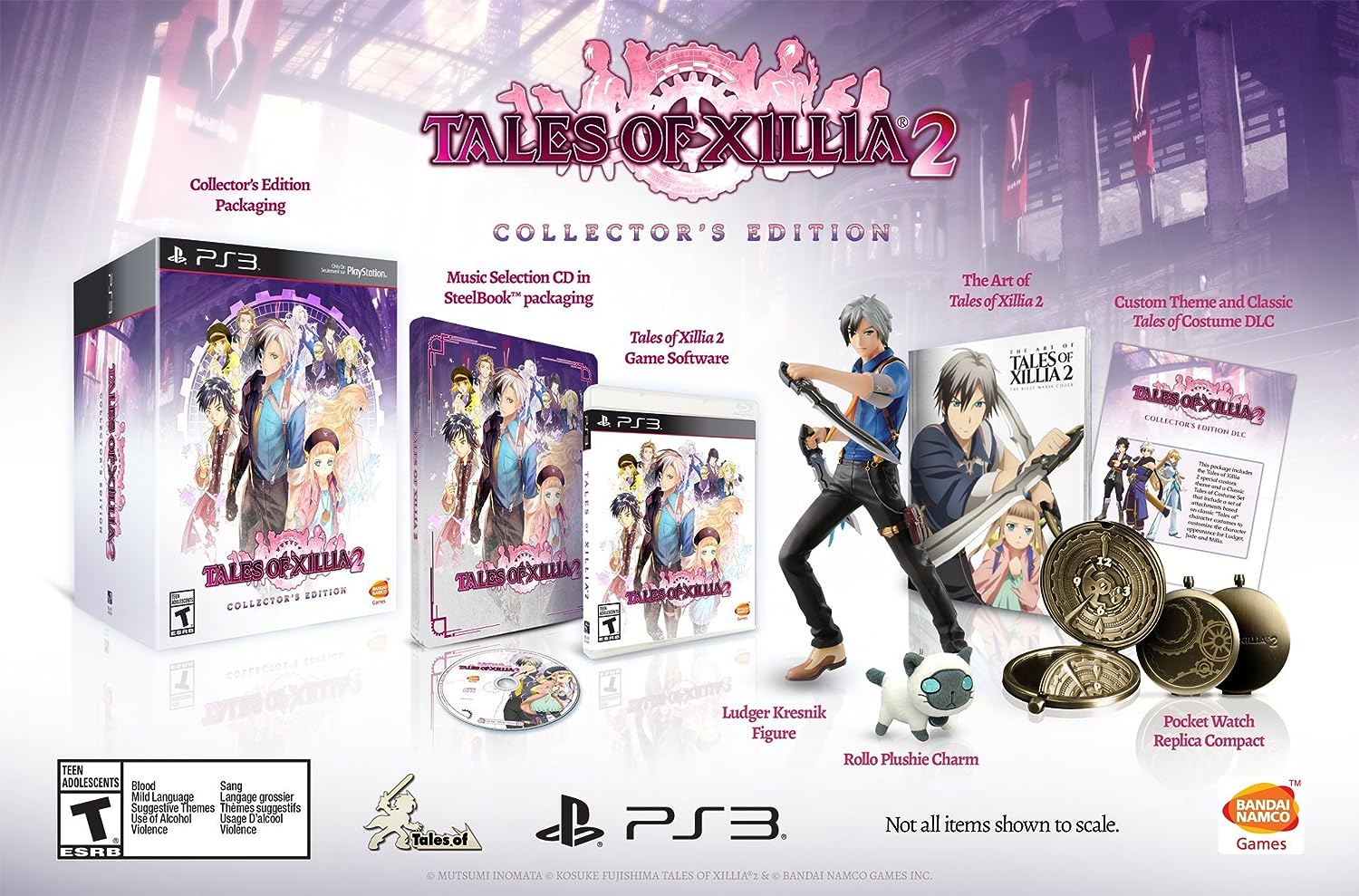 And if you’d like to see more on Tales of Xillia 2, perhaps the demo we got to play through and the exact Q&A session we had about the game, just click on the vid below and enjoy!