Omen of Sorrow is a new indie fighting game by the developer, AOne Games. It takes the usual fighting game formula and throws it all into a blender of horror-themed mayhem containing references to the vast history of horror myths that shouldn’t be too foreign even to the casual player. But is the horror theme all that it’s here for or is there something more in the witch’s brew?

In my opinion, these are three of the most important pieces to the puzzle of any fighting game and the first things that smack the player in the face when the game starts up. Immediately when the game starts we’re greeted with the overall tone that the game wants to convey to us via the main menu and to me, it’s pretty great. I enjoy the dark and spooky throwback aesthetic the game goes for in both graphic and stage design very much. The team did a really great job with their budget in making the stages look lively while keeping the horror look intact.

This also goes for the most characters to me, though I may be a bit biased being a horror fan and all. The character designs are really fun and keep a good classic horror theme about them. I really think characters like Caleb (the werewolf), Adam (grappler Frankenstein), and Imhotep (Mummy Dhalsim) are great. However, characters like Zafkiel and Gabriel’s (Metalocalypse reject) designs are a bit dull and fall flat. Even with those 2 in the mix, with 11 characters I believe there’s something for everyone to pick up and play. 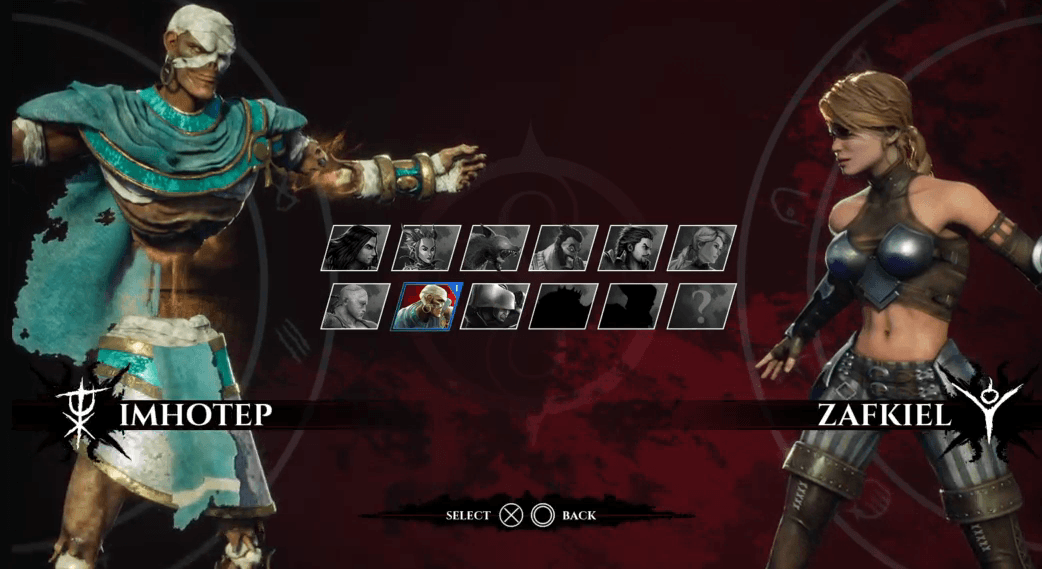 I do believe this aesthetic could turn off many players looking for a brighter and hyper fighting game however as is the case with Injustice, Killer Instinct, and Mortal Kombat but there is definitely an audience around that would embrace it.

Now when talking presentation aside from character design and stages I feel the game is very hit or miss. The graphics are nice but sometimes I found myself feeling very dulled out to the look of certain characters and animations. Some character movements are very stiff and uninspired and supers and specials can range from “awesome, just godlike” to “oh my god this looks like it’s still in beta”. I’ve literally looked at moves and just stopped for a second at the direction gone into for certain things. This could be due to budget constraints but I feel some middle ground should be met.

The music also follows the hit or miss trend with some songs being upbeat and fitting for a horror fight and others just being… well, just there. The voice acting could also use just a bit of work but I definitely started to enjoy how cheesy some of it was delivered. It added to the B movie horror vibe I was getting from the game.

Cool Game Mechanics But Not User-Friendly

The game has 3 meters, the usual fighting game meter that gives you access to your EX and super moves, and the two Omen of Sorrow exclusive meters, Fortune and Fate.

Fortune (blue ultra meter) gives you access to your Bold Cancels. This means you can cancel from special/uncancellable normal to special, Street Fighter Zero/Alpha V-Ism custom combo style. Fate (purple ultra meter) meter shares a gauge with Fortune and is basically your dizzy meter. Once you get beat up enough and this fills up it’s basically over for you and you enter Doom state. No specials, no meter, no throws, and you’re holding a fat guard break. Once your ultra meter fills up blue you have access to sigil/Blessed mode. This is basically like Street Fighter Alpha’s V-Ism pop mode where you can cancel your specials into specials continuously until the meter runs dry giving you access to long combos and huge potential damage.

You can also use your meter for your special retreating backdash to gain more space between you and your opponent. 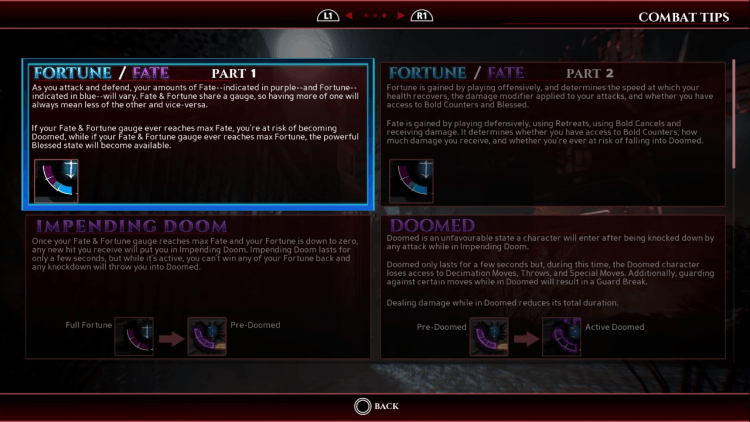 Now while I explained this simply now I wouldn’t be able to back when I first played the game because there is no tutorial and a lackluster explanation for the system mechanics given to you. The game’s tutorial is literally a wall of text akin to a teacher in school throwing all the information up on a board and saying, “Ok learn the info and be ready for tomorrow’s test”.  This is something NO new fighting game should do as it’s a huge turnoff to new players and even greatly turned me off from playing. Every fighting game should put some effort into having a basic tutorial mode to give players a learning experience they can learn the game through if they so choose. I definitely had to surf the web for a few minutes to find out what I was supposed to do with my meter and what it meant. 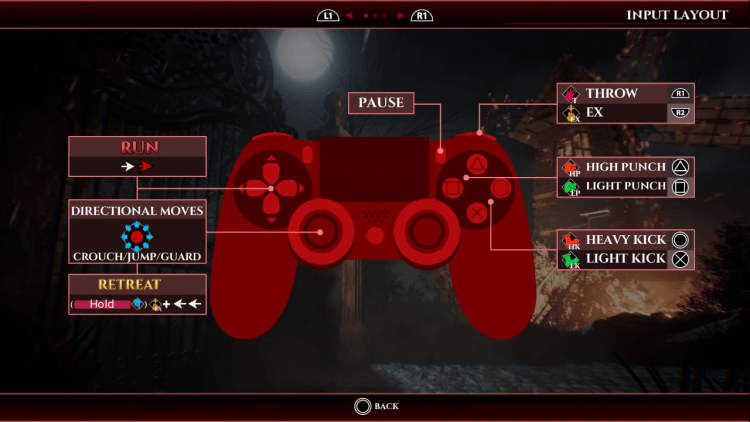 This is an issue that persists with the characters themselves as some have moves with different outcomes based on your inputs and how you perform them. An example being Caleb’s reversal super. For a while, I did it different ways and thought it was just some type of power up until I tested for myself vs AI and found it was a reversal super. Simple things like this shouldn’t be a factor and the character move lists should tell you everything it can about character moves. My heart goes out to all the Dr.Hyde players trying to find out what all his potions do.

Related:  Microsoft Once Tried To Acquire Nintendo, Was "Laughed Out Of The Room"

The arcade mode is your standard fighting game fare so let’s get right to the story. Without spoiling anything (there isn’t much to spoil) there are two sides fighting and one side could lead to Armageddon. While fighting game story modes don’t need to be deep as this one shows they do need to be engaging and this one was not that. The dialogue gets the job done but is meh, we don’t have as much information as we’d like to get invested, and pieces feel as if they’re missing. This leads to me believing that the story really can be skipped over unless you’re looking to unlock secret characters but with its hour long+ length are you really willing to do that?

Review Disclosure Statement: Copy of Omen of Sorrow was provided to us by the publisher for review purposes. For more information on how we review video games and other media/technology, please go review our Review Guideline/Scoring Policy for more info.

Purchase at your own risk

Omen of Sorrow is a fighting game I can only recommend to those really looking to experiment with something new or are really big fans of horror. The combos are fun but are kind of shallow and get repetitive really quickly. The mechanics are pretty standard and can be fun but the lack of translation to new players kind of ruins them along with actually playing certain characters.

The game has personality but I can’t help but feel it hasn’t been fully fleshed out. Perhaps a sequel is in order? I don’t know but until then I believe that Omen of Sorrow will only be popular with a very niche crowd. However, even with the positives of the game along with the pretty good netcode, it’s hard to recommend at it’s $49.99 price point, especially with the limited online player base.